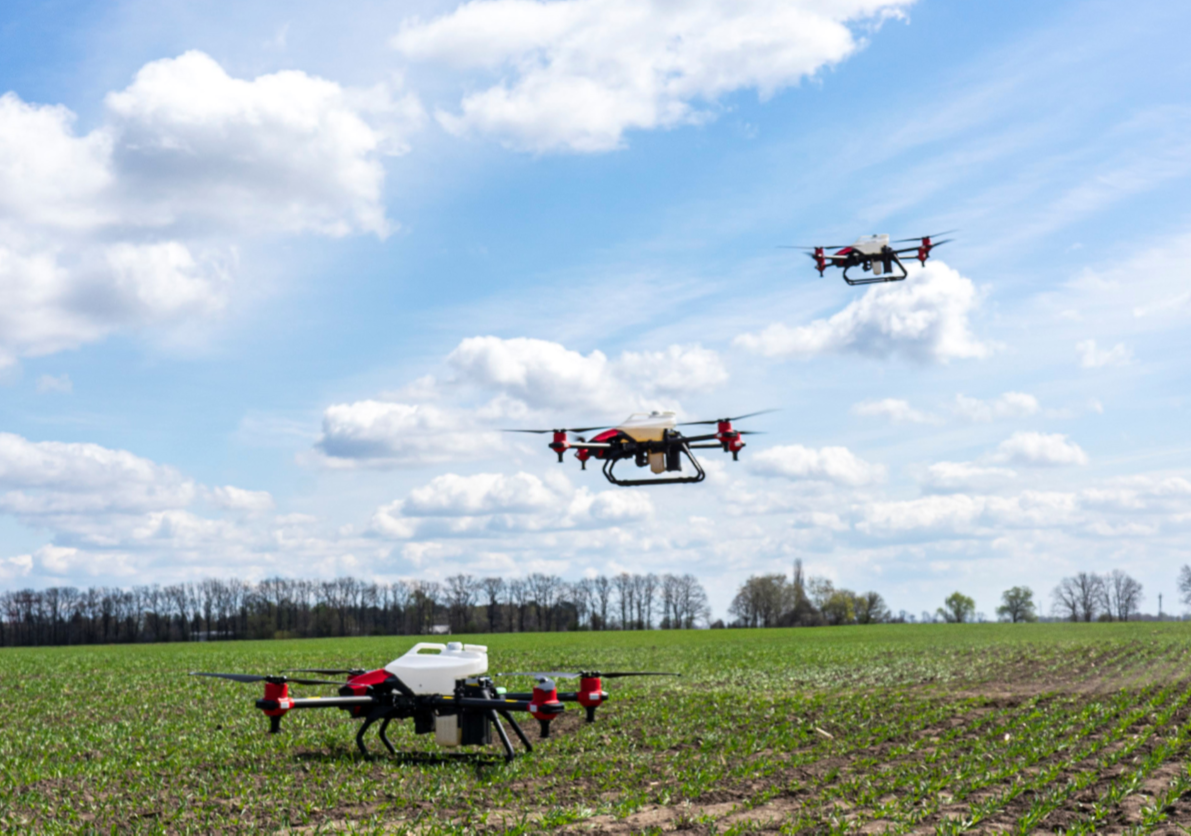 26 May 2021, Kyiv – For the first time in Ukraine, agricultural drones developed by leading global robotics & AI company XAG was recorded the highest level of spray drone performance. As Ukraine becomes the second largest grain exporter, XAG has actively introduced drone and ground robot into this emerging agricultural superpower, which helps smooth its transition to autonomous farming. 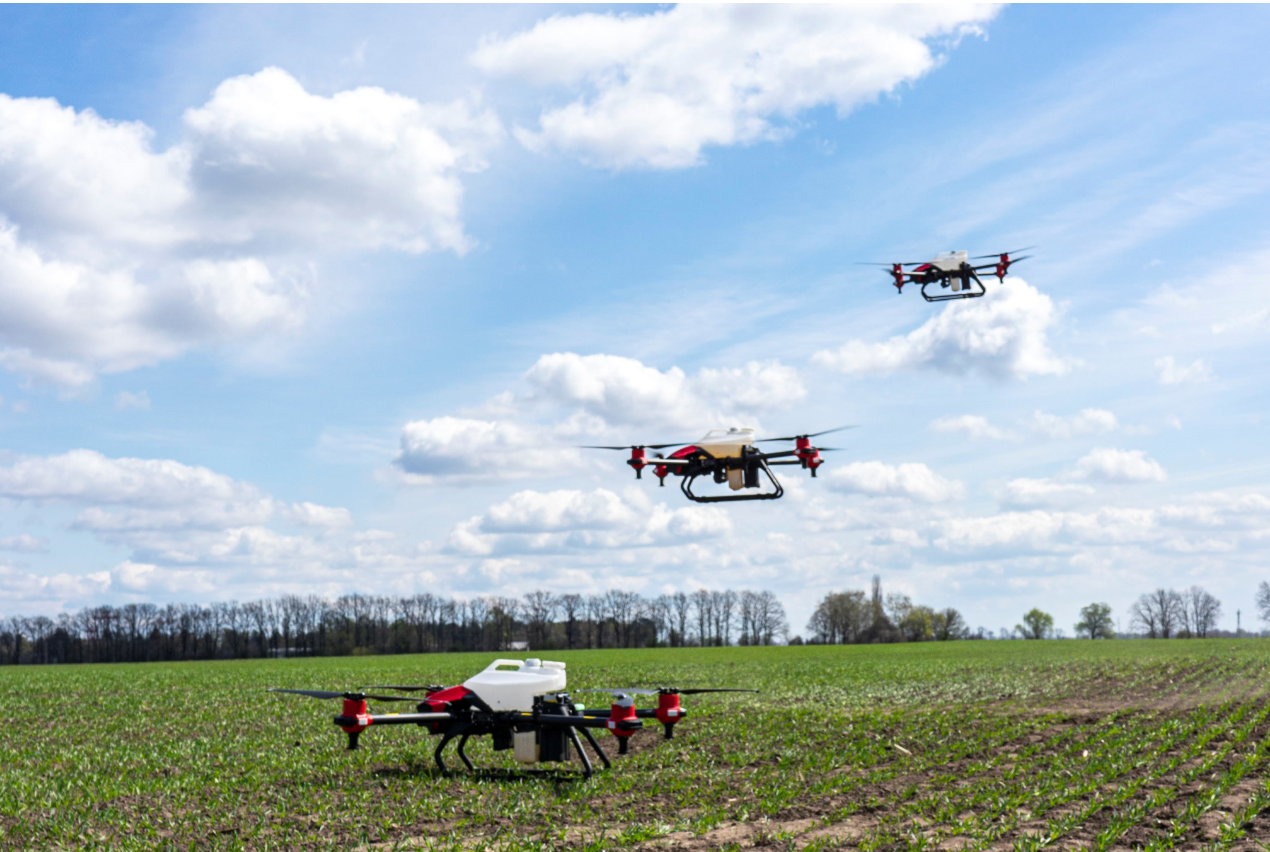 Since hitting the Ukraine market at the end of 2020, XAG Agricultural Drones have been rapidly scaling up to help Ukrainian farmers reap better harvest and reduce chemical usage. Ukraine holds soft regulation over spray drones flying over the fields, which makes it become one of the favourable markets in Europe to embrace large-scale agricultural drone use.

XAG has collaborated with DroneUA, one of the top 20 innovative companies in Ukraine, to distribute its agricultural drones and robots that can sow seeds, spray crops, and spread fertilisers. It is anticipated that this would tap the under-equipped agricultural sector of Ukraine which plays a key role in fulfilling the increasing global food demand.

In cooperation with Agro-Region, one of Ukraine’s largest agricultural holdings, the DroneUA team hosted a practical demonstration this April to evaluate the effectiveness of XAG Agricultural Drones on winter barley fields near the village of Velyka Oleksandrivka, Kyiv region.

The test showed that one XAG drone, when equipped with atomised sprayers and a 20L smart liquid tank, could operate at an efficiency of over 16 hectares per hour. The result was confirmed by the Ukrainian Club of Agriculture Business (UCAB), setting a record high spraying performance of drones on the real world of farm work in Ukraine.

In particular, one operator, along with two outside observers, controlled three XAG Agricultural Drones to apply crop protection products on the swarm flight mode. 43 hectares of barley were treated fully autonomously by this small fleet of drones in 53 minutes. They are more precise and flexible than the large trailed and self-propelled tractors, which means that drones can get into hard-to-reach areas, reduce the use of pesticides and avoid mechanical damage on crops. The demonstration greatly changes the perception or attitude of people in Ukraine towards agricultural drones now as an innovative and promising sprayer equipment. “I have never evaluated drone as an industrial tool for spraying. But after this test which shows strong productivity, the introduction of agricultural drones has been hugely rationalised,” said by Volodymyr Kravtsov, Operational Director of Agro-Region.

Under the intensive farming model, many Ukrainian farmers and agribusinesses still rely on outdated farm machinery that has restricted the potential of production and export. However, there is a prospect of boom in agricultural automation technologies for Ukraine, which sets out to become a worldwide breadbasket. According to International Trade Administration, the operational need for agricultural machinery and equipment of Ukraine is estimated at $20 billion by 2025. 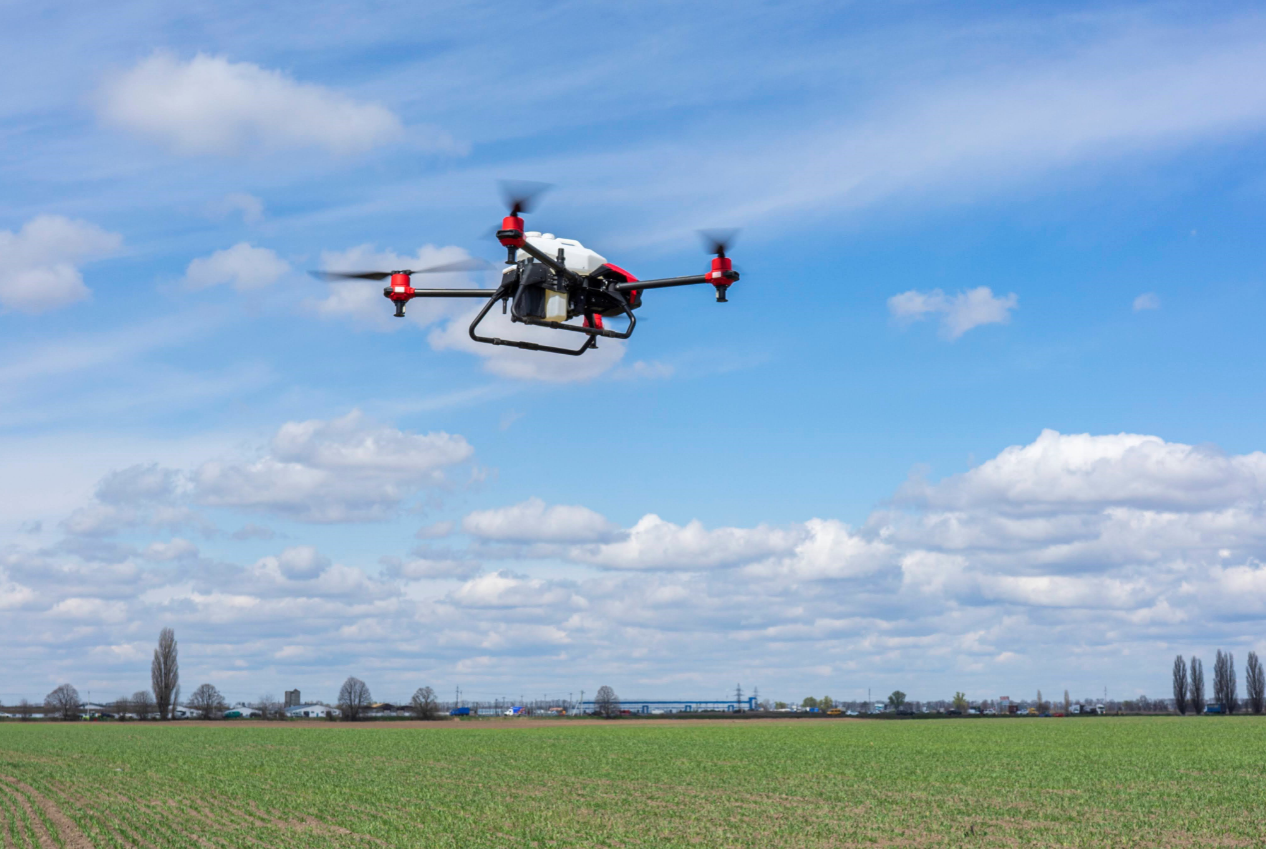 Through better equipping the agricultural sector and closing the yield gap, XAG autonomous technologies that feature drones and robots could bring a new round of transformation. The rich black soil of Ukraine, which accounts for 25% of the global reserve, nourishes the world’s major grain crops such as corn, barley and wheat.

According to its Ministry of Economic Development, Trade and Agriculture, Ukraine has ranked second among the world’s grain exporter in 2020 with an overall grain exports amounted to 55.09 million tons. As the main contributor to global food security, Ukraine is witnessing a huge potential of grain production to be furthered explored.

Scale-up for smallholders and young blood

In 2020, the Ukrainian Government has adopted a new land reform law that puts an end to the moratorium on the sale of arable land. Over the past twenty years, farmers and agricultural businesses can only grow crops depending on land leases. But starting in July 2021, agricultural land will be available for sale to Ukrainian citizens. This will encourage farmers to increase their grain planting areas and invest in innovative agricultural machinery and infrastructure. 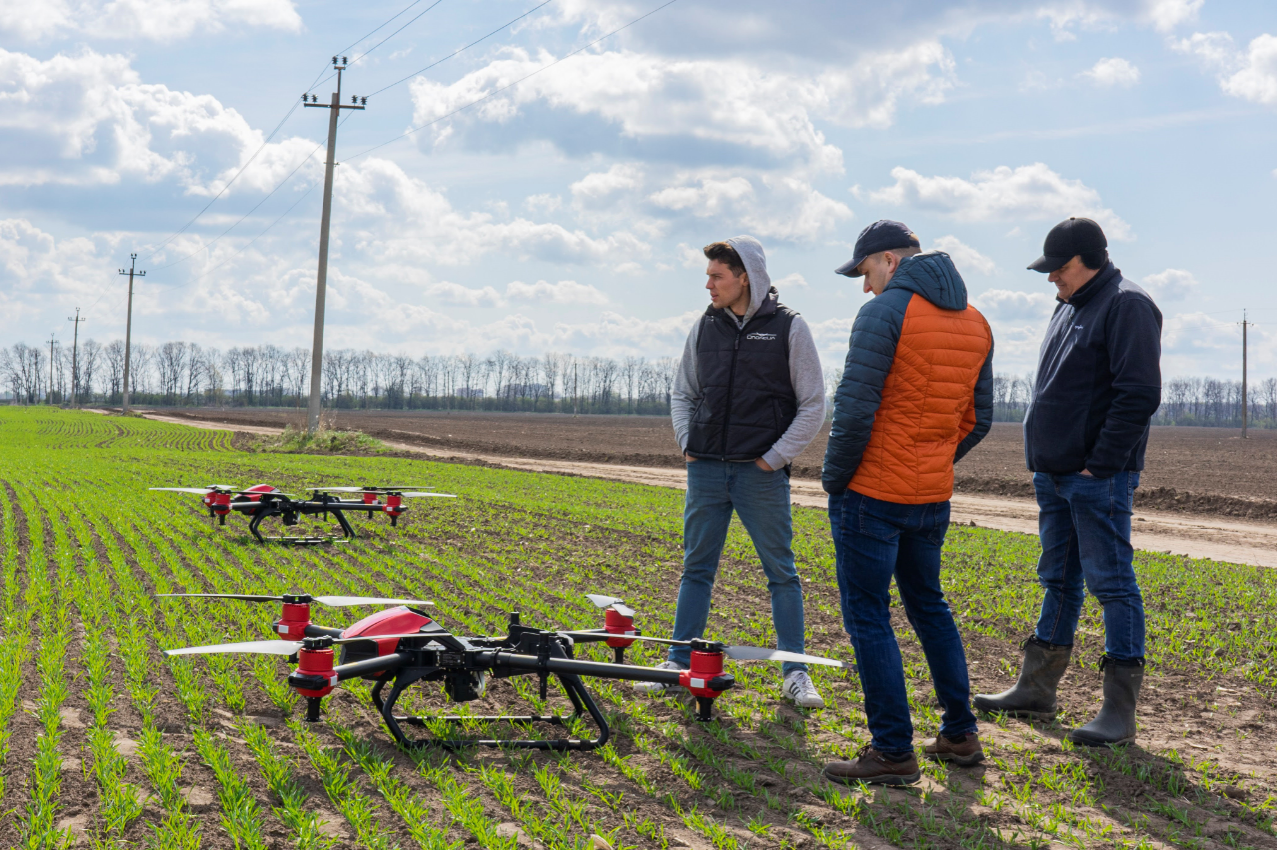 Bringing young people back to agriculture

While Ukraine is about to embrace the opening of the land market, both financing policy and education program are also implemented to scale up the use of drones in agriculture. Under the support of DroneUA, XAG drones become the first agricultural drone that can be leased with full insurance coverage in Ukraine.

It makes drones more affordable to smallholders who can now gain access to new technology. Smallholders generate nearly 45% of the country’s gross agricultural output, undoubtedly being the backbone of adequate food supply.

In addition, as autonomous farms are just over the horizon, XAG is expected to see a new influx of young people who would manage the fields with these smart devices. According to Valerii Iakovenko, Co-founder of DroneUA, in his partnership with the National University of Life and Environmental Sciences of Ukraine (NULES), new courses on unmanned spraying solutions will be introduced to teach bachelor students the use of XAG Agricultural Drone. The aim is to train young talents for the next generation farming.

Following a series of successful demonstrations, XAG’s autonomous drones have been available across major dealers in Ukraine and gain momentum to empower more farmers. As Ukraine being one of the major global markets, XAG will keep working with local businesses and government to improve its agricultural productivity for the Zero Hunger Goal.