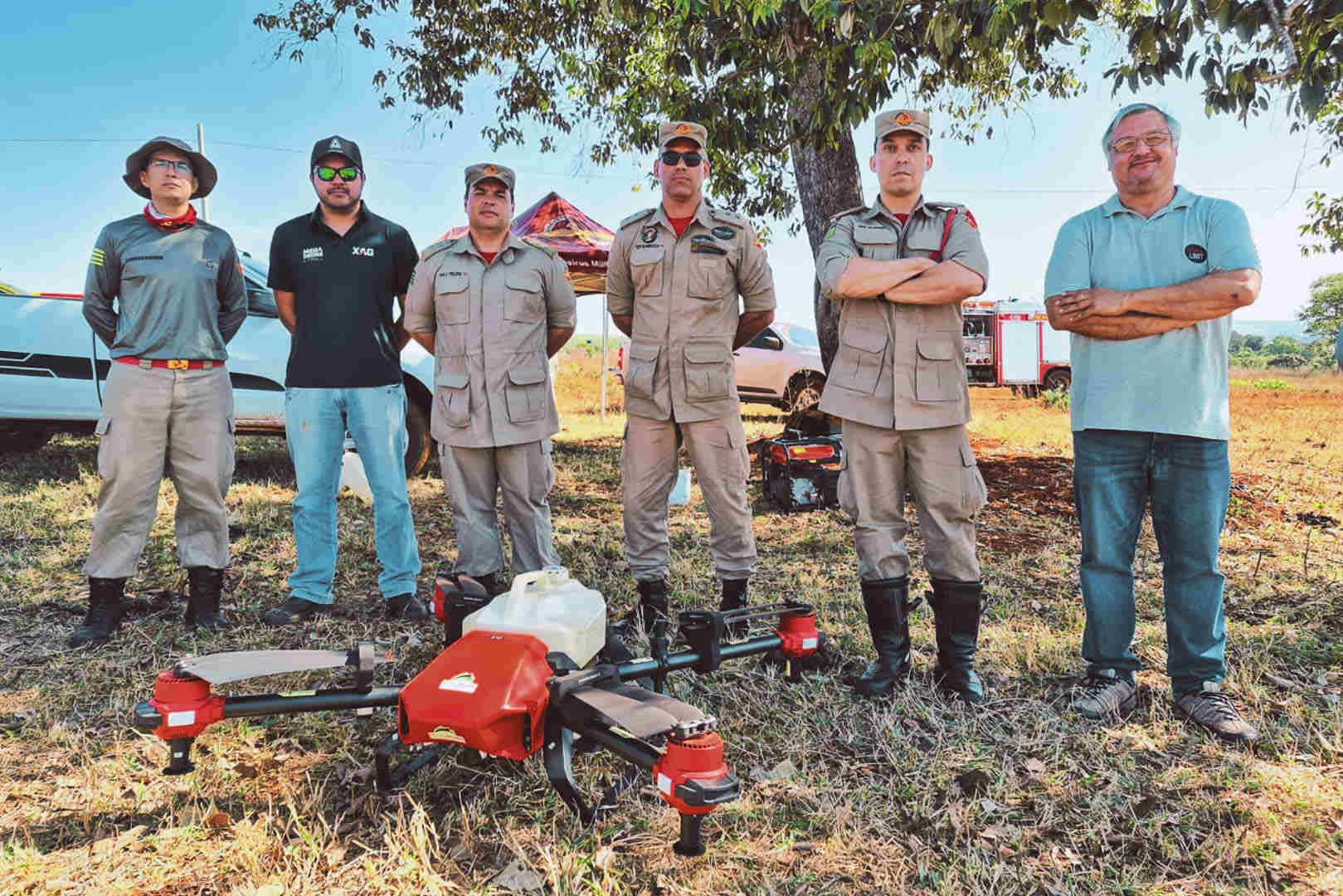 As the dry season starts in Brazil, drought and heat can exacerbate the fire danger risks. To tackle the soaring cases of wildfires, local fire departments are adopting XAG agricultural drone in fire drill this August. Regarded as a new solution of fire extinguish, XAG drone demonstrated the effective and reliable capacity in the field of emergency reaction to bring safety to wildland. XAG drone as a new solution of wildfires control

Not Always Bad: Facts About "Wildfires"

In 2019, the world-shaking bushfire in Australia brought the dangers of wildfires back to public concern. However, the causes and hazards of wildfires are much more complex than the common perception.

Here we sum up what needs to be known about wildfires, based on a study of Brazil by the world's leading scientific journal Science. • Despite dry weather, wind, and heat even lightning as the main causes of wildfires, the spike of fires is related to a recent rise in deforestation and extensive farming. When timber has been chopped down in forest, or when crops have been harvested from farmland, lumberman and farmers choose to set fires to clear the vegetation left on ground. As for some forests to be cleared for agriculture, the burning may take several months. • Fire has been also used as a management tool by Brazilian farmers on grass-dominated lands for centuries. It is the cheapest and easiest way for farmers to prepare their land for the new vegetation period. While burning can remove or reduce biomass from unpalatable plant species, the ashes generated by fire provide readily available nutrients for freshly sprouting plants.

Since wildfires under human control are not entirely bad, what should be noticed to prevent the wildfires' damage from expanding?

• Set up effective firebreaks to prevent wildfires to spread rapidly and keep them under control.

• Regular fire drills should be held in areas prone to fire, such as farms, grazing areas, and populated areas, to raise public awareness of disaster prevention and response to fire.

• Enhance the monitoring of wildfires through technology to improve the speed of the fire service's response and the efficiency of controlling the spread of fire. Entering the fireplace is extremely dangerous for most firefighters (Source: CBMGO)

In the State of Goiás of Brazil, the long-lasting high temperature and the increased greenhouse effect are increasing the risks of random wildfires on farms, pastures, and forests from June to September.

High incidence of fires will keep local fire departments stretched for at least 3 months, and the raging fires could endanger the lives of residents and firefighters at any time.

To increase the responding speed to fires and minimize damage, the Goiás fire department is seeking new technologies like drones for fire scene facilitation.

This June, a joint fire drill has been launched in a pasture of Goiânia, Brazil. Carried out by XAG partner Megadrone Brazil, the State of Goiás’ Command of Military Firefighters (CBMGO) and a local flame retardants producer, the experiment aimed to test drone spraying in blocking flame spread. 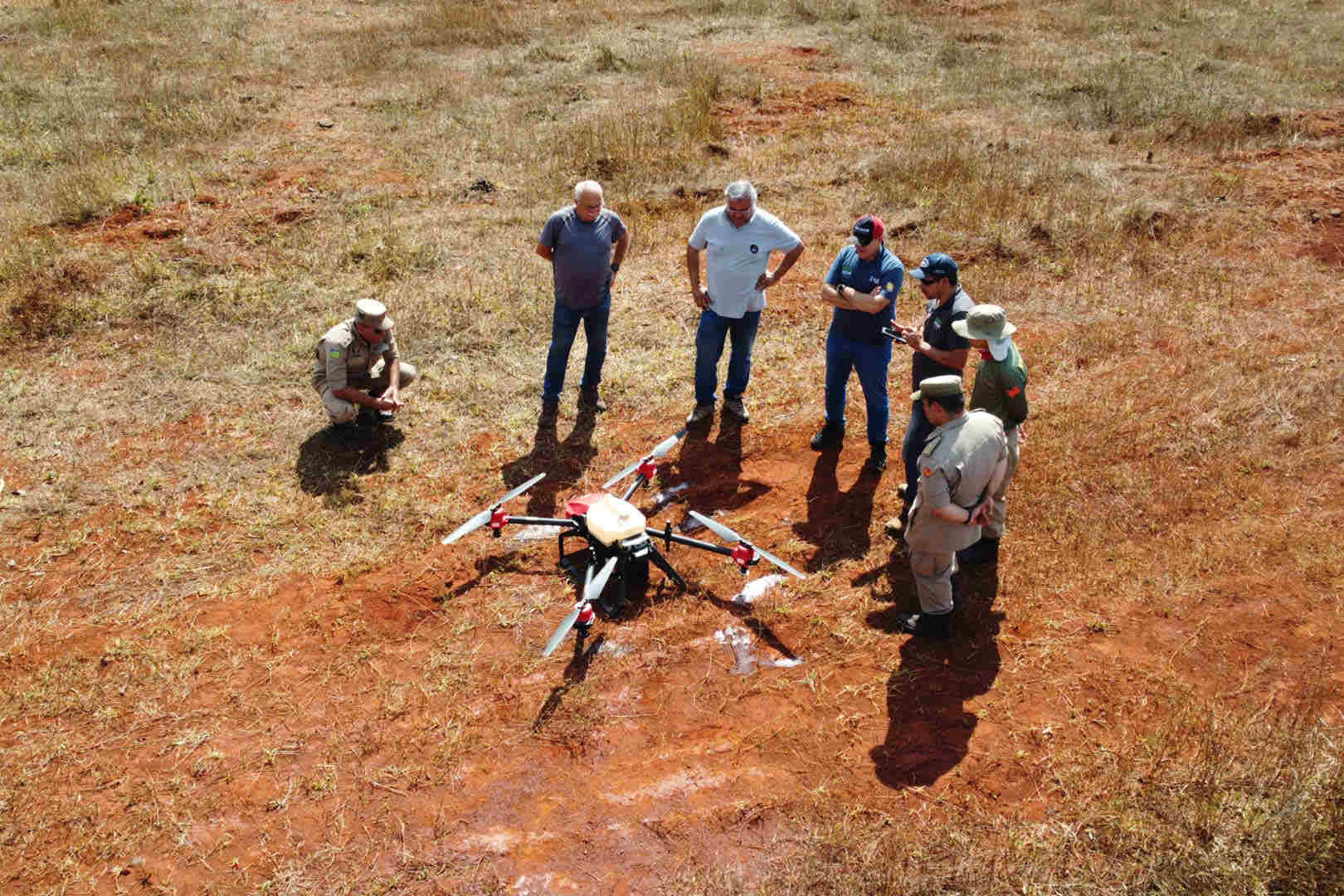 "Fire-Limit", the main liquid fire retardant used in the demonstration, can cover ground combustibles to greatly reduce their flammability before the fire approaches.

After loaded "Fire-Limit" into the liquid tank, an XAG agriculture drone flew to the unburned area and spray fireproof agent at 300L/ha flow rate. The drone was operating above a 5-meters width isolation zone around the burning area. 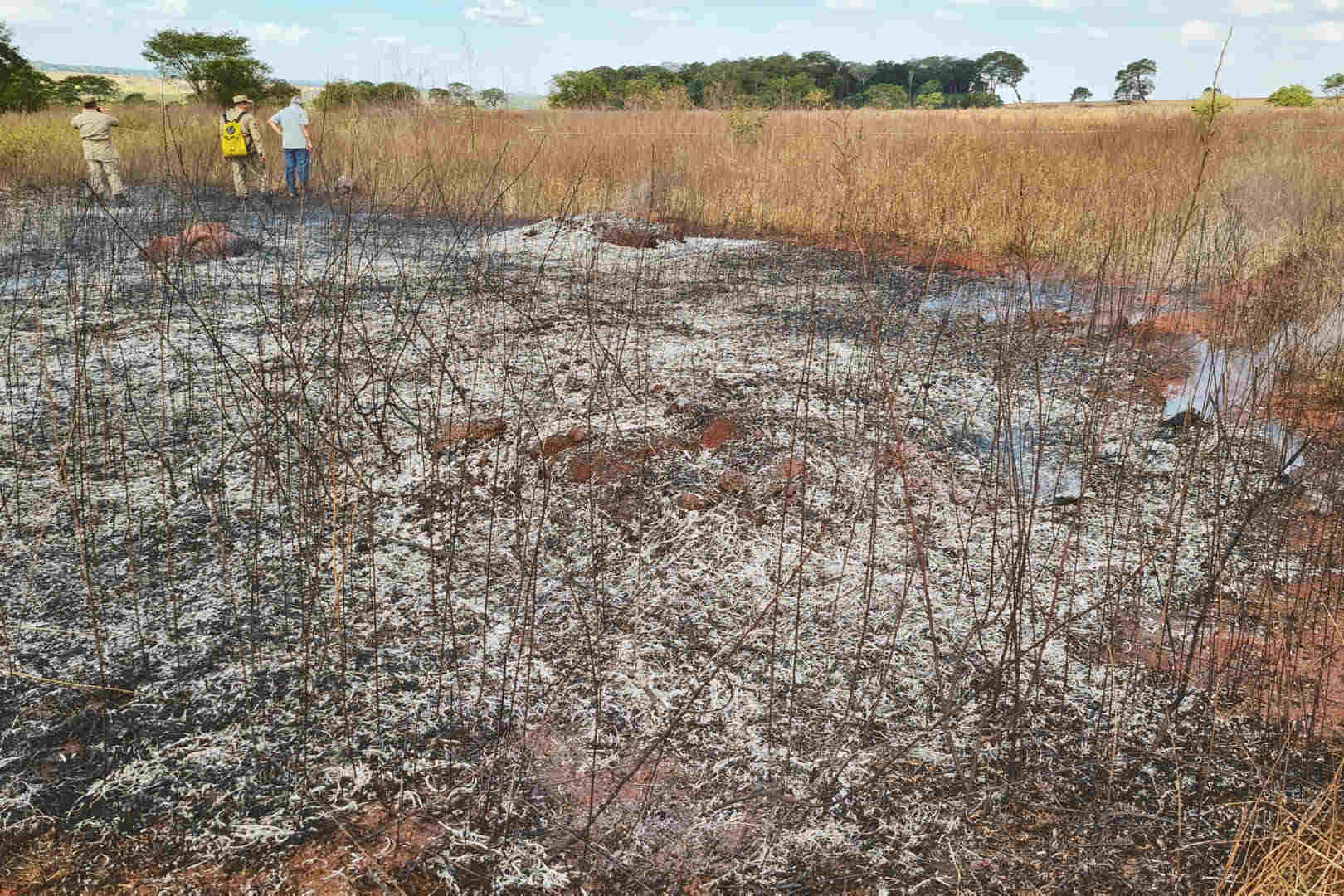 The tests were carried out three times in different drone flight altitudes to find the best spraying effects, each using different dosage and concentration of the fireproof agent.

CBMGO was impressed by the collaborative test result, which has showed the great potential of an agricultural drone for wildfire mitigation. The XAG drone can respond fast to emergencies and possibly improve the safety of the firefighters on duty.

"The product will help CBMGO immensely in critical moments during wildfires in the dry season. More importantly, drones can enter the fire raging areas and stop the flame from spreading in time, efficiently control the wildfire and increase agility and safety of our firefighters," said Major Felipe from CBMGO.