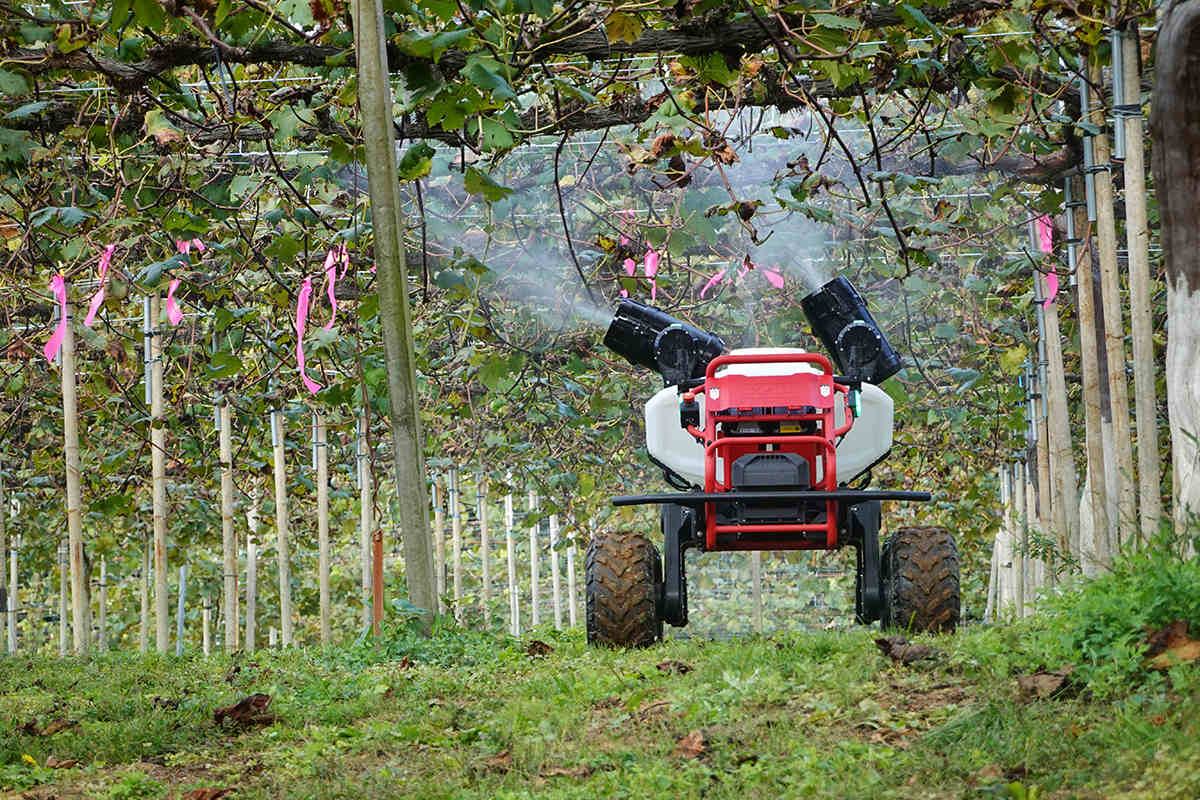 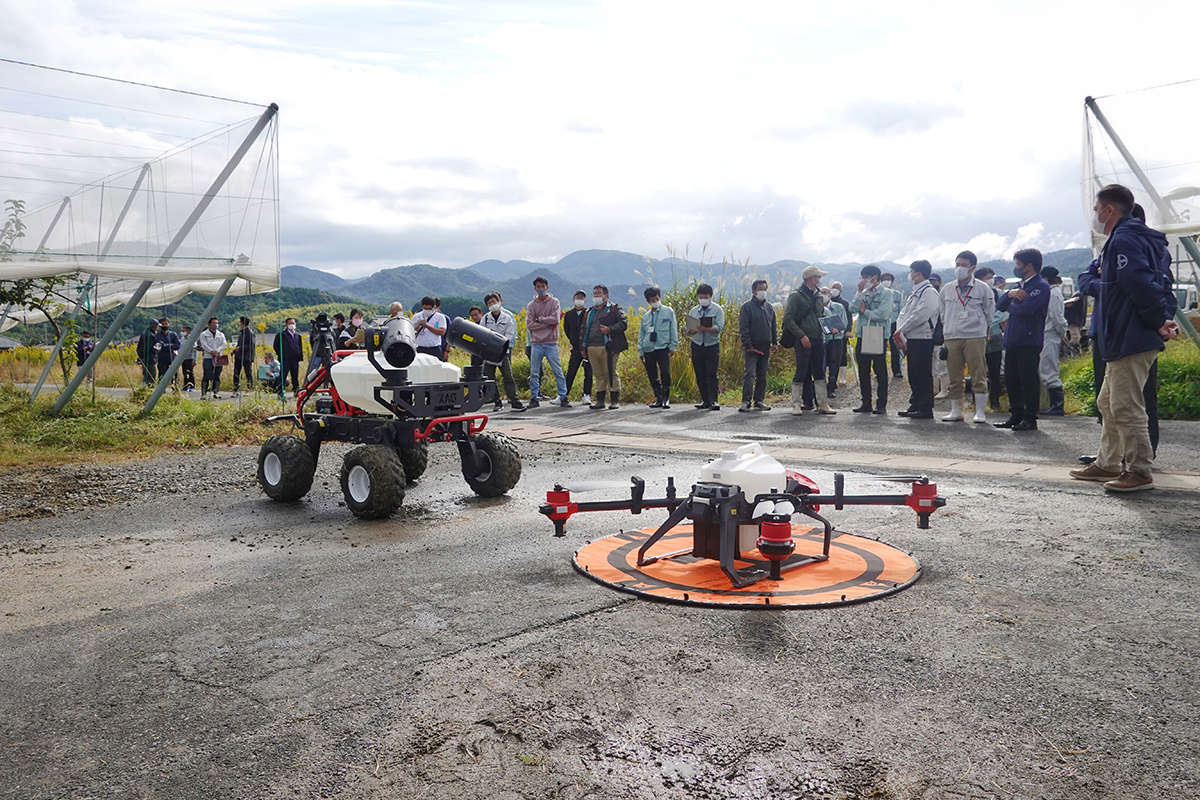 Nowadays, the development of agriculture industry in Japan is heading toward automation and connectivity. Drones and robots are among one of the important forces driving this transformation.

As Japanese farmers open their arms to welcome digital technologies, the XAG R150 Unmanned Ground Vehicle can be seen nationwide in Japan and becomes a reliable partner in orchards. From apple, pear, citrus, grapes, to banana, the all-electric and autonomous R150 farm robot has gained recognition from more farmers through a series of field demonstrations, showing the potential to tackle rural aging and labour shortage for incoming spring farming season. 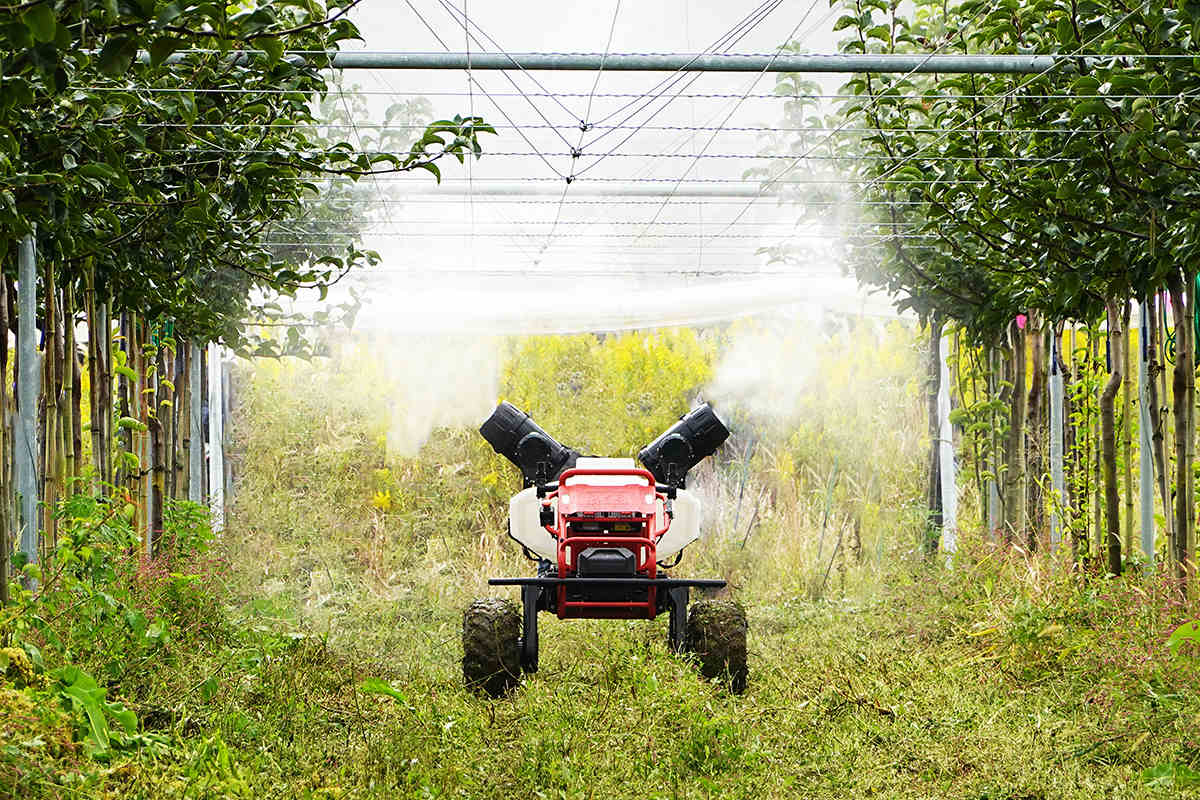 Tottori Prefecture in Western Japan is well-known domestically for the nickname of "Cradle of Pears". It abounds with the high-quality 20th Century Asian Pear and contributes the highest output in Japan.

When the demo tour of the XAG R150 landed in Tottori Prefecture, pear growers flocked to witness the spraying operation carried out by XAG Japan. They are highly impressed by the high-precision atomised spraying delivered by the XAG R150, looking forward to taking this intelligent helper home and apply to their own plantation as soon as possible. 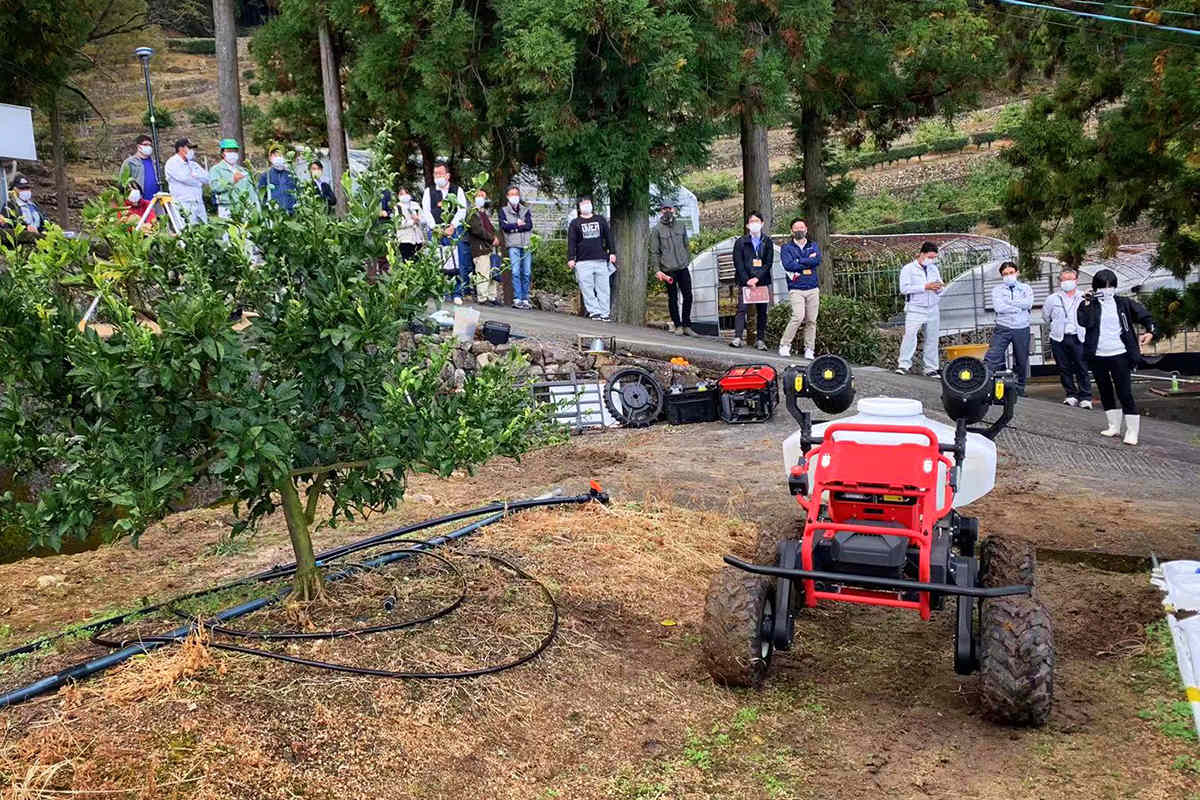 "Sudachi Citrus" is a small, round, green citrus fruit of Japanese origin that is a specialty of Tokushima Prefecture. 80% of the topography in Tokushima is mountainous and farmers have to cultivate fruit trees on steep slopes. However, large ground machine can hardly access these areas, making fruit trees management extremely tiring, troublesome, and labour dependent.

Safer Alternative to Spray Under Grapevines 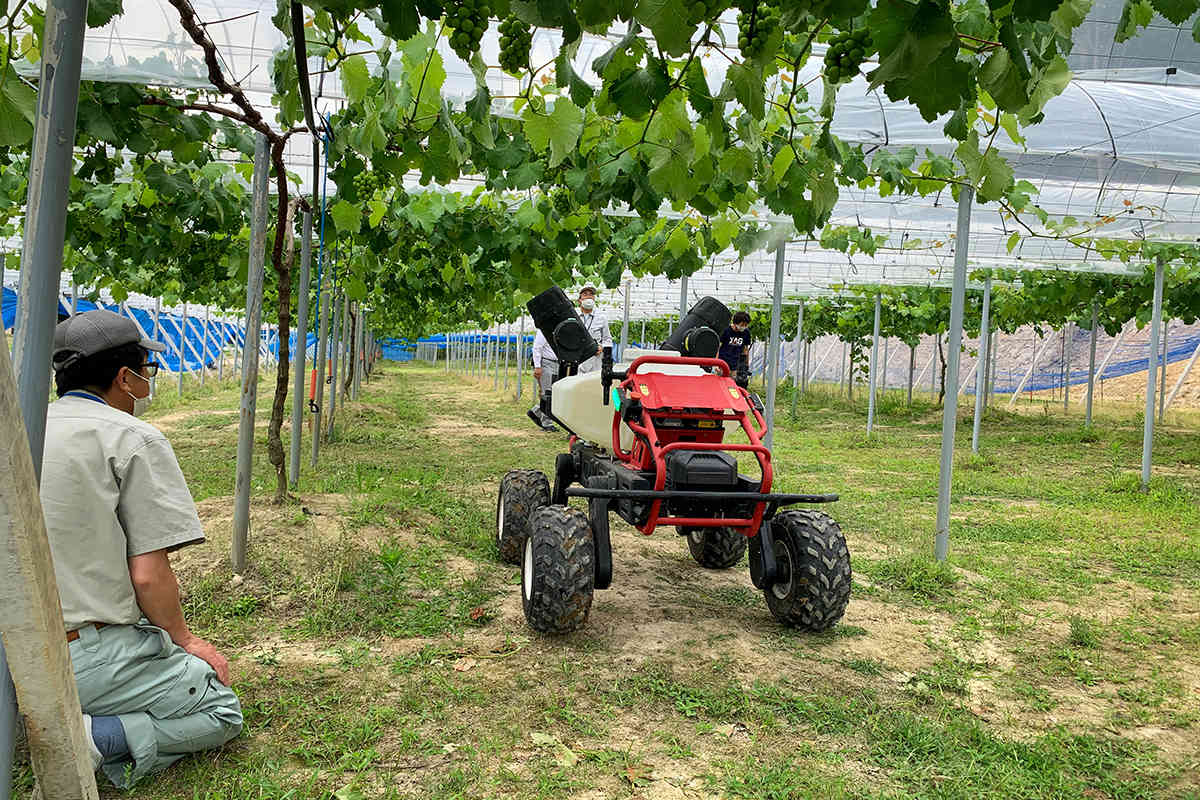 In Okayama Prefecture, grapevines are arranged and arrayed on overhead trellis to make grapes harvest easier. But under low shelves, farmers must bend over and walk under the trellis to manage crops and pick up the ripe juicy grapes. This can affect the health of farm workers who can easily develop back pain.

And now, vineyard managers in Okayama are embracing the participation of the XAG R150 as a safer alternative to grapevine management on farm. This nimble robot can move autonomously beneath the grapevines with ease along the planning route. Then it sprays chemicals bottom-up to grapevines on the trellis, turning the crop care tasks much easier and safer compared with the traditional ways.

The Eye-opener to Young Banana Growers 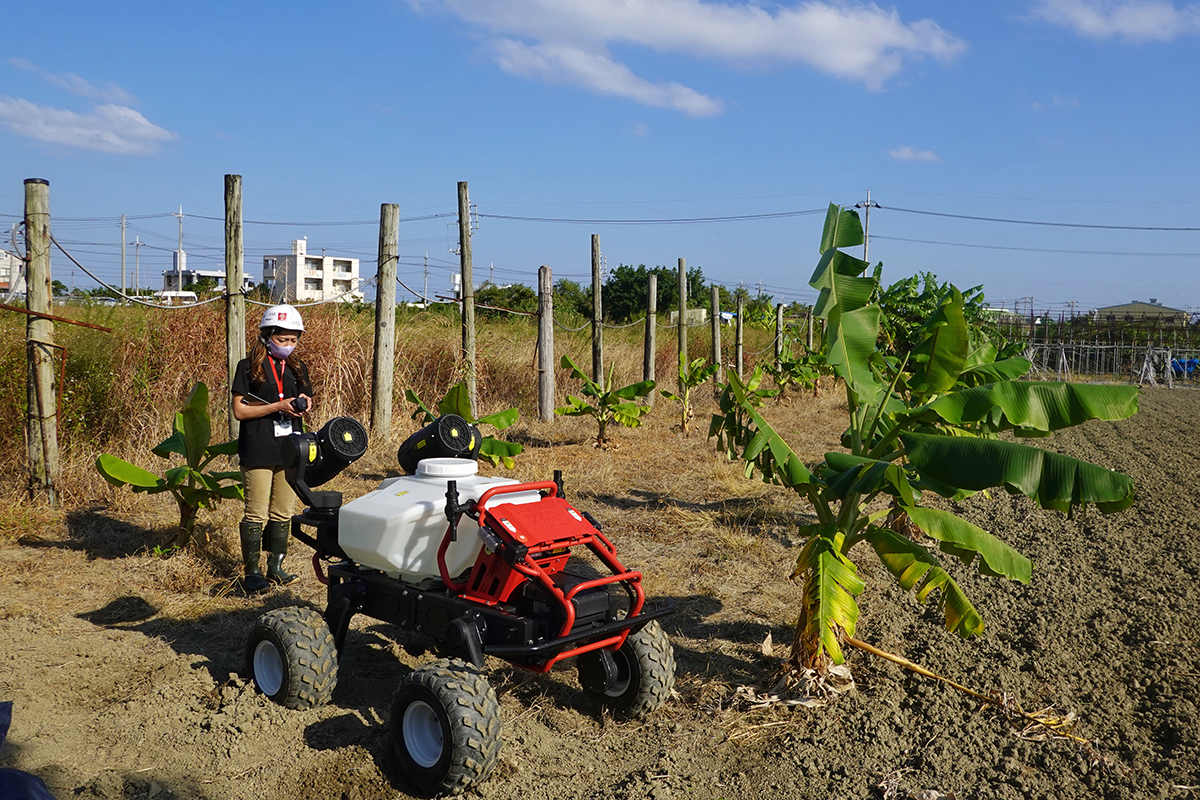 The subtropical location makes Okinawa one of the few areas in Japan where bananas are produced. Different from many regions in Japan, people working for agriculture in Okinawa are mostly young farmers, who are interested in leveraging new technologies to improve yields and quality of bananas in a more sustainable way.

After watching the spraying demonstration of XAG R150 in a banana plantation, these young banana farmers expressed recognition on the precision spraying results. Some of them have already added this unmanned farm robot into their wish list as an eco-friendly and efficient farming tool.