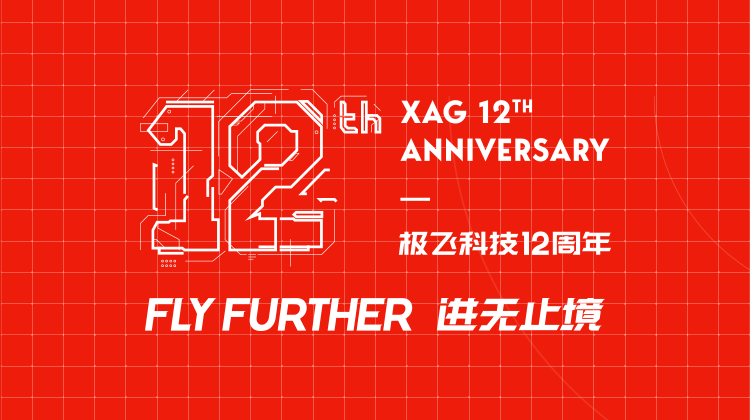 2019 April 1st, Guangzhou China - XAG celebrating its 12th anniversary "Fly Further" at the newly furbished HQ building XSpace along with a 20-rocket launching ceremony. The 20 rockets launched at XSpace were successful carrying the hope of mankind that aim for Mars.

20 reusable rockets were launched from the new XAG headquarter building XSpace as celebration for the company flying further towards outer space, for example the Mars. Meanwhile, the rocket launches were scored for the best appearance, the best propulsion performance, and the best recycle solution. 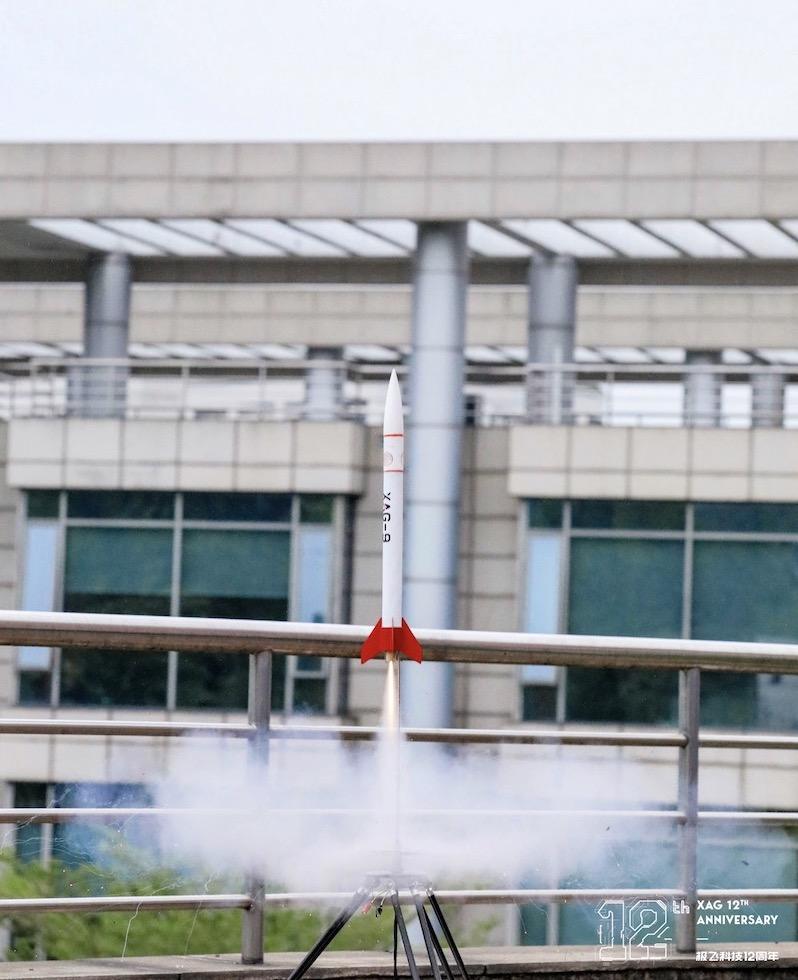 The President of XAG Peng Bin stated that the mission of XAG is to become a great company beneficial for mankind like Elon Musk's SpaceX. Growing crops on Mars would be crucial and fundamental to make Mars climate suitable for human and other earth-originated creatures to survive.

Seeds and AI robots were carried on the rockets, setting for a journey to build the biotic environment. While plantations and climate getting ready for human habitation, XAG will prepare for launching more agri-tech packages to help sustaining mankind on Mars. 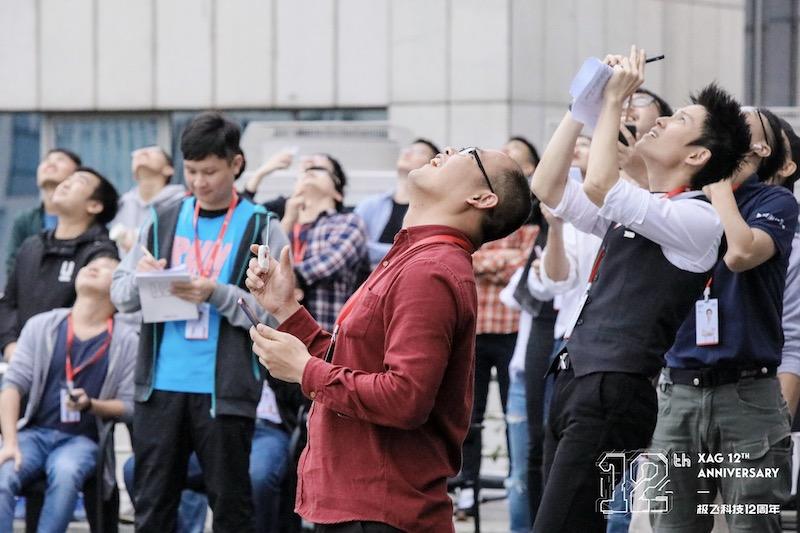 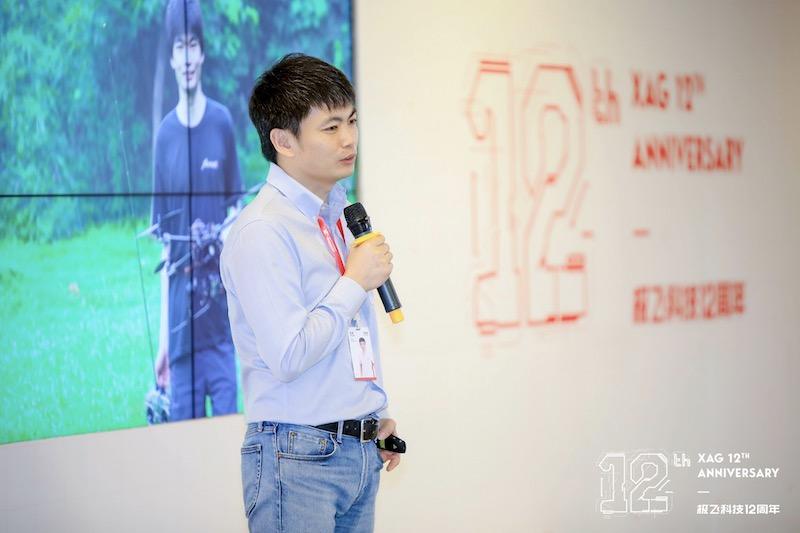 XAG established back in 2007, was founded by Peng Bin as a drone company in Guangzhou, South China. At the anniversary speech, Peng shared experiences of his entrepreneurship for the past 12 years that concluded in three aspects:

Throw yourself into the career that you feel passionate about.

Peng Bin decided to start his own business named XAIRCRAFT in 2007, when he left Microsoft and wanted to run a business that he was passionate about. Peng showed a photo taken back then with his biggest selling drone model X650 that spread the name of XAIRCRAFT worldwide. The success of drone sales consolidated Peng's mind of dedicating in this field.

Believe in the potential of individuals and the power of teamwork.

When XAIRCRAFT mounted its business into agriculture in 2014, the team started to grow much faster than before. Peng realised that he was not a lone soldier in the path of applying technology in agriculture. Lots of talents joined the XAIRCRAFT team to help exploiting greater potential of drone application in agriculture. Later Peng discovered that there's more can be done, hence XAIRCRAFT was upgraded into XAG, with the goal to make agriculture smarter for the future.

Help every staff achieve his or her own aspirations.

As XAG grew towards a company of agriculture technology, Peng considered it is equally important to achieve the aspirations of its employees because XAG is the fruit of collective wisdom. Peng concluded his speech that the memorable moments of the company development gradually shaped his mind and it keeps evolving.

"Work joyfully, live wholeheartedly", Peng expressed his good will to all XAG members, hoping everyone can get the most out of their time with XAG. 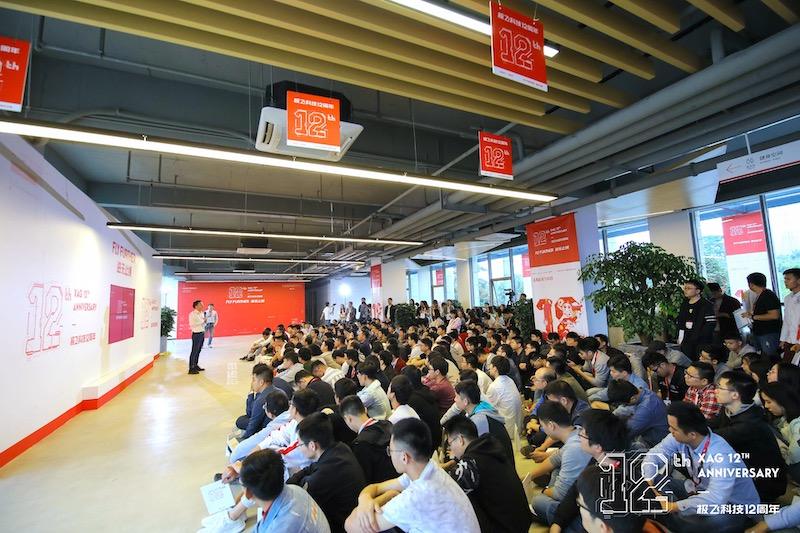