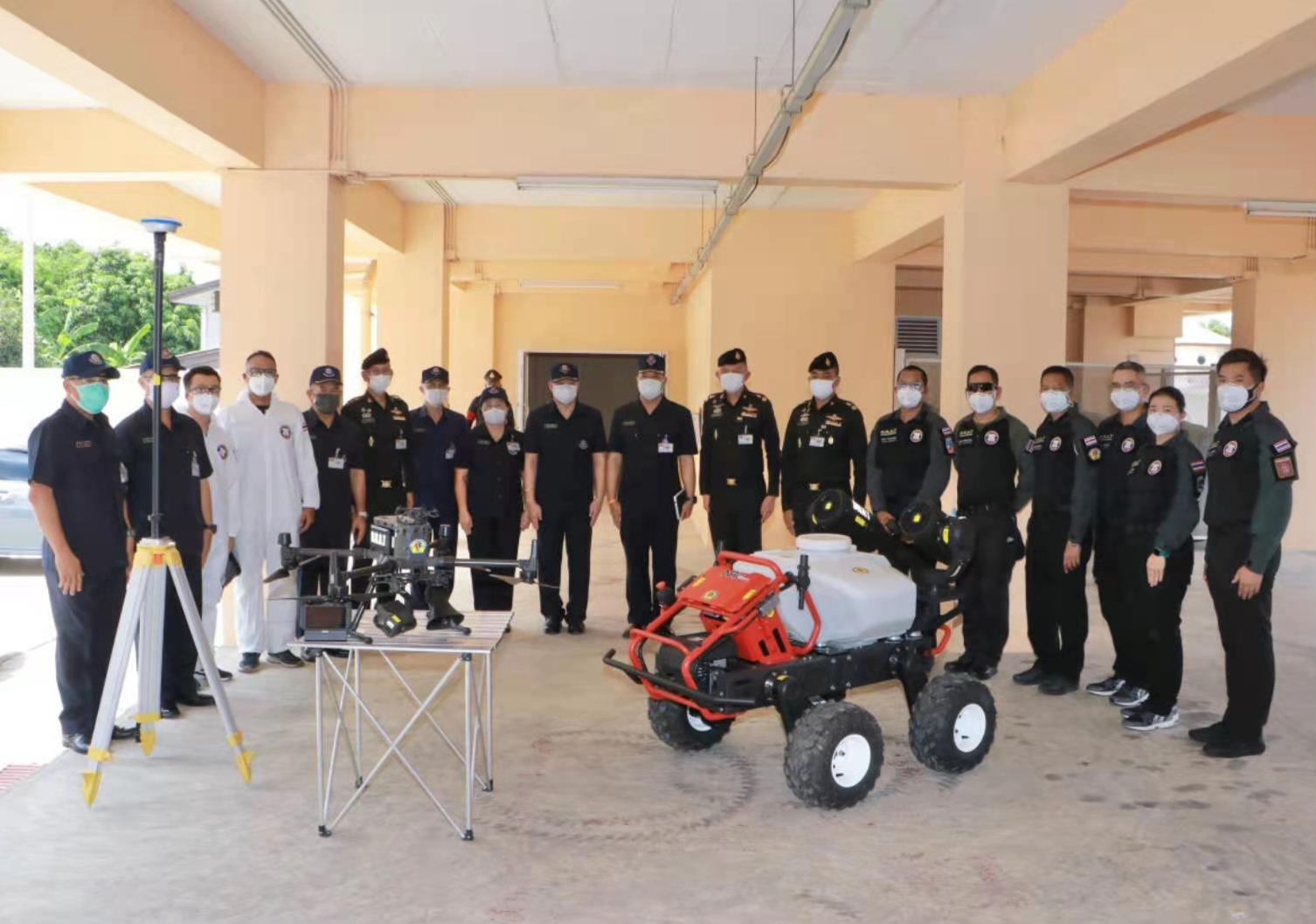 Over the last few weeks, an expected surge in Covid-19 cases has forced the world to tighten its control measures. Teaming up with local pandemic response group, XAG robots joined the Royal Thai Armed Forces on operations of cleaning and disinfecting to curb the spread of COVID-19. 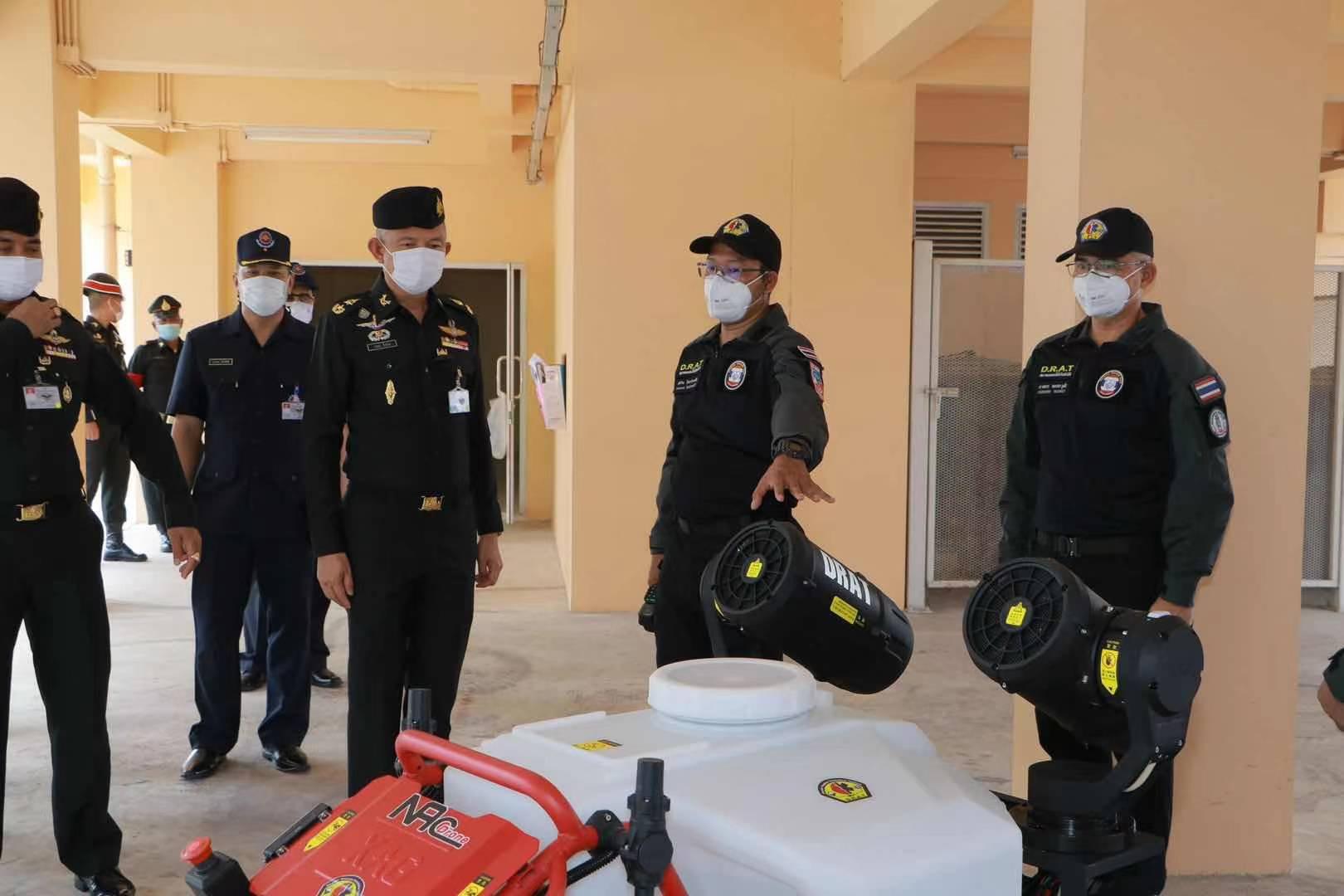 On May 14, XAG’s Thai partners has worked with Disaster Response Associations Thailand (DRAT), and for the first time, demonstrated the use of anti-epidemic spray robots for Royal Thai Army. XAG R150 Unmanned Ground Vehicle was adapted into a smart disinfecting machine and deployed in this trial. 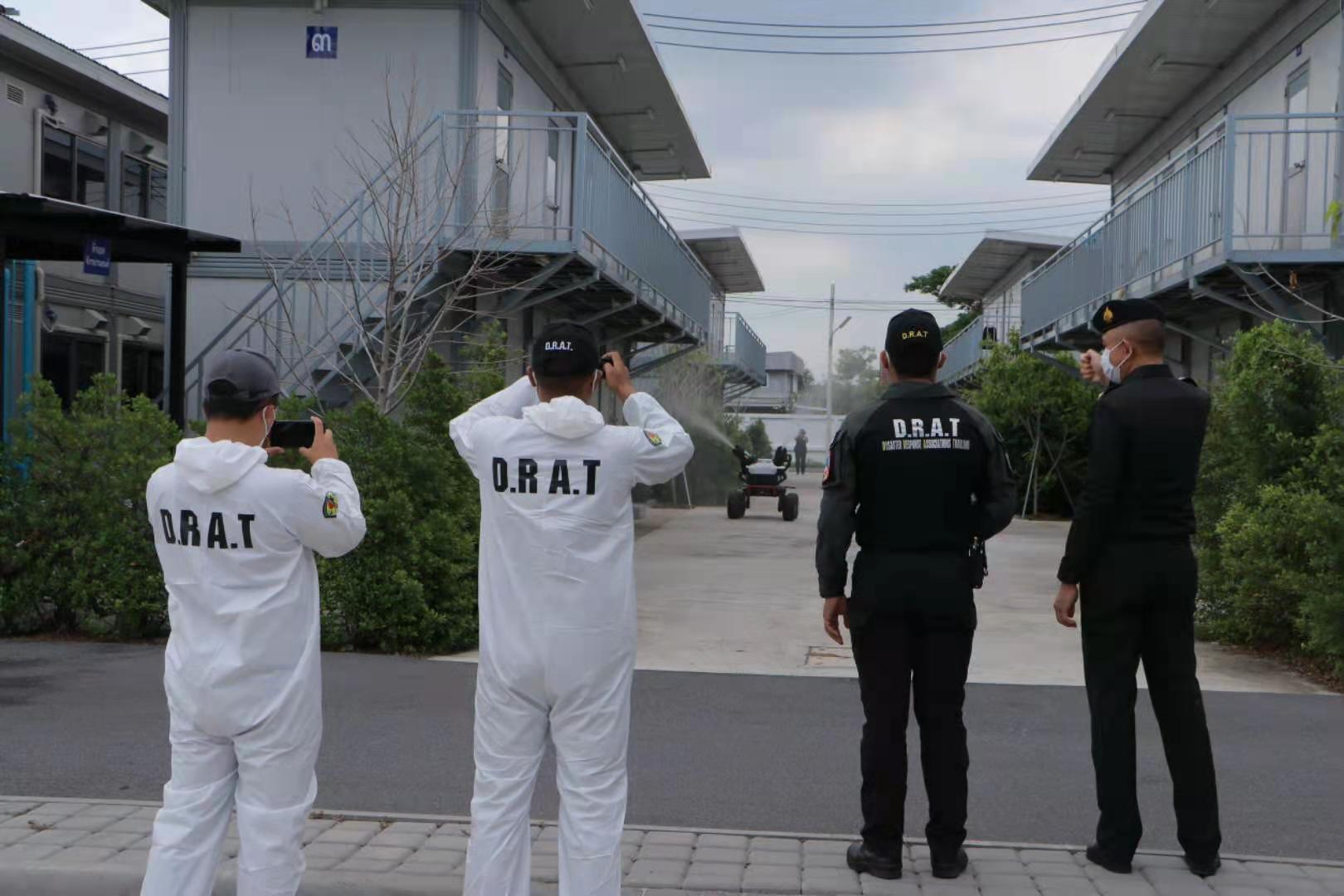 During the demonstration, the R150 travelled along the police equipment storage zones, effectively disinfecting objects and surfaces for environmental sanitation. It showed that an unmanned robot was driving itself fully autonomous in the designated area, while precisely spraying disinfectant agent to clean the surface of military equipment.

According to DRAT, this smart device can help lower the risks of Armed Force officers exposing to coronavirus. The equipment is applied to high-risk areas and might have virus attached on them. 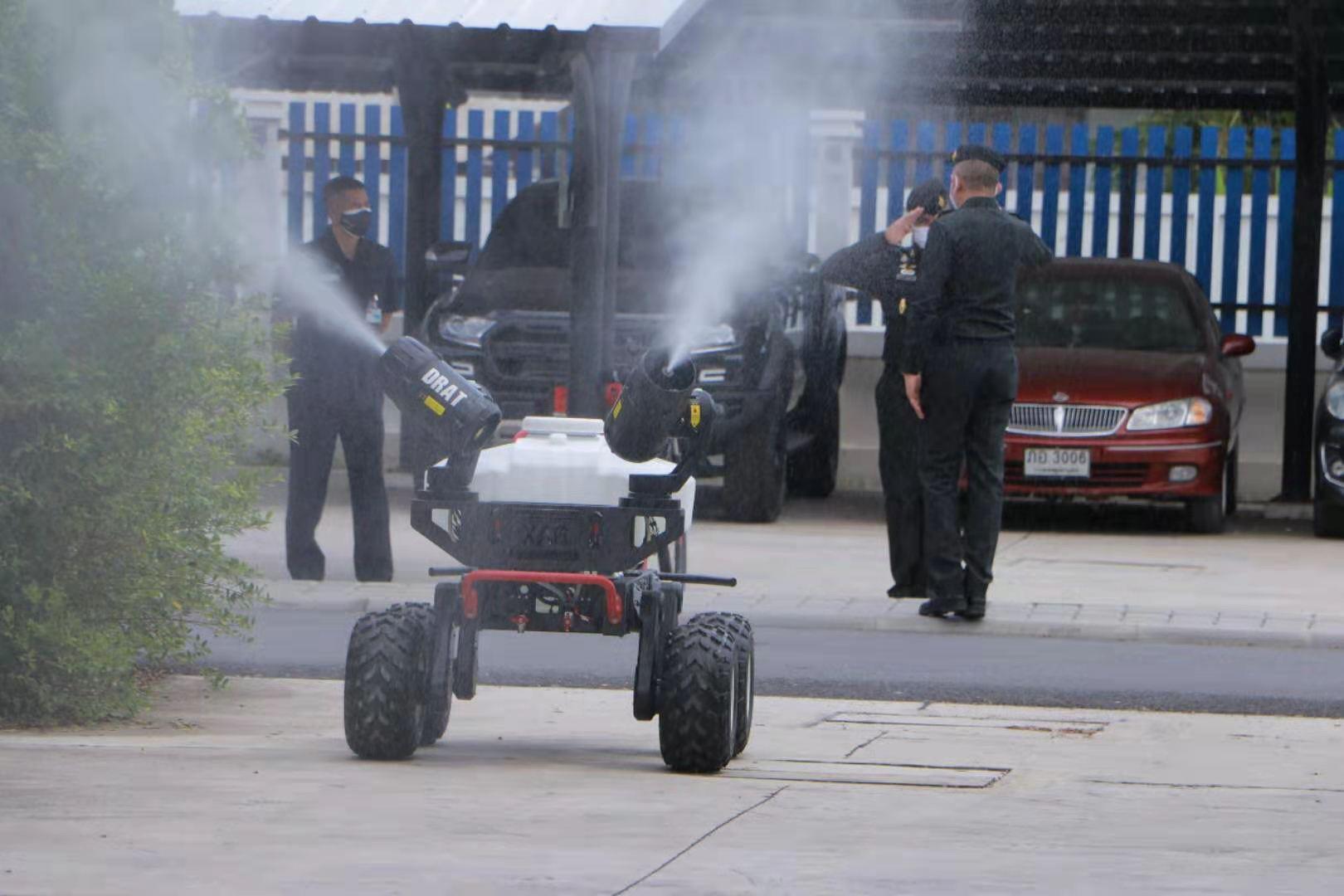