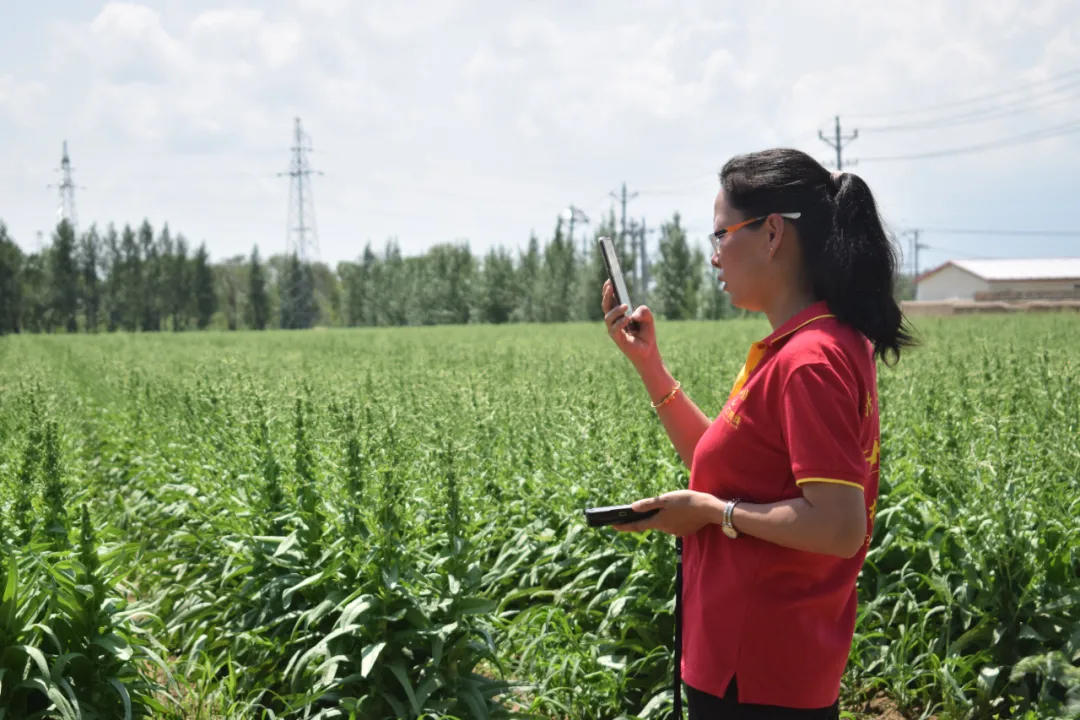 As the 32nd Summer Olympics ended, the clock is now ticking for the Beijing 2022 Winter Olympic Games. Zhangjiakou, a city in the Hebei province of Northern China, will join Beijing as one of the three competition zones. And Kangbao County of Zhangjiakou has taken on the responsibility of supplying clean and green energy to the Olympics venues utilising wind energy source. Believe or not, just a year ago, Kangbao had just dismissed from the national list of poverty-stricken counties.

Behind the scenes of getting rid of poverty, there is a group of rural entrepreneurs who introduce drones into agriculture and help local farmers master this new technology. Women power takes a large proportion among them, and Sheng Guangning is one of the young females who contribute to changing the face of her hometown.

Sheng Guangning was born in 1980s in Kangbao County, once a state-level extreme poverty county in China with an average age over 65. During the busy farming season, hiring workers for pesticide spraying was a huge headache to elderly farmers. They had to carry a knapsack sprayer to care for their crops, which was rather low efficient in pest and disease control to protect food yields. Moreover, this also posed a severe health risk to farmers who exposed themselves to chemical and scorching sun in hot summer. Agriculture ended up with painstakingly heavy labour.

At that time, Sheng as a graduate from agricultural university, was quite depressed by the aging and labour crisis in her hometown. With a strong sense of responsibility, she hoped to use her knowledge to turn around the underdeveloped economy. 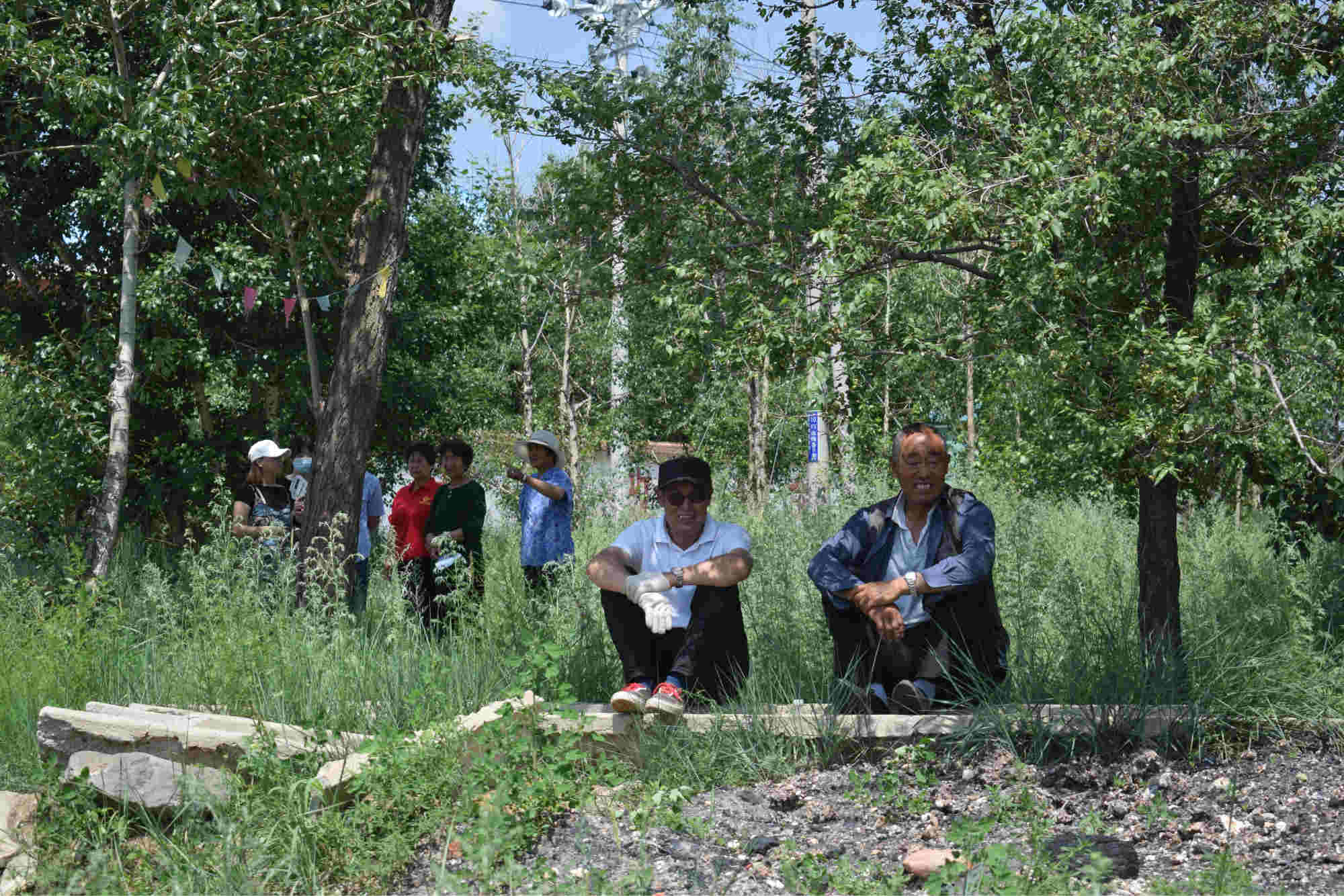 Through a field visit to Henan in 2017, she came across XAG's agricultural drones as an intelligent spraying tool in farming. From then on, Sheng worked hard to introduce these machines into her village to help smallholders effectively improve crop yields amid labour shortage.

Though it was a bumpy road to convince farmers to accept new tech, the stable drone operation as well as the professional and high-quality service provided by Sheng enabled her to tackle the mistrust of villagers. Her drone spraying service has covered a variety of crops ranging from wheat, corn, potato, flax to roses.

As a civil servant of natural resource and planning bureau, Sheng has also galvanised a pilot team to provide precise farming services for Zhangjiakou farmers. In a morning of this July, when the temperature reached 30 degrees in Kangbao County, Sheng and her team were just about to set off for another mission.

They had received an order from a vegetable grower, as a deadly pest was discovered in his lettuce field with high potential to destroy his harvest. Emergent spraying must be arranged quickly to curtail the spread of pests. 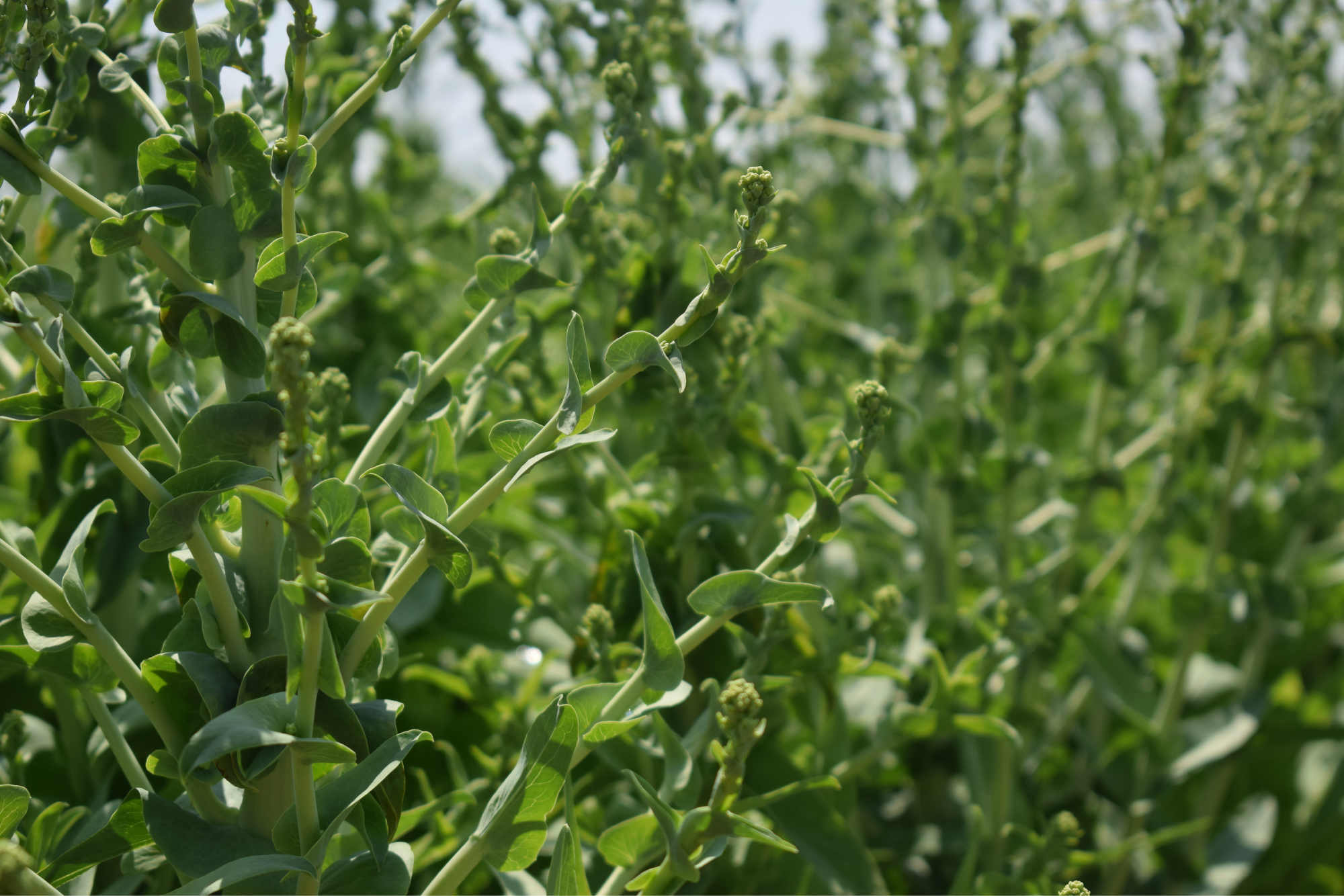 Sheng's team reacted immediately the moment they reached the scene. Two sets of XAG agricultural drone were sent to the field, having flight speed, height and droplet size all adjusted on mobile app. As usual, the drone took off to spray right above the pest host spots with minimal pesticide use. 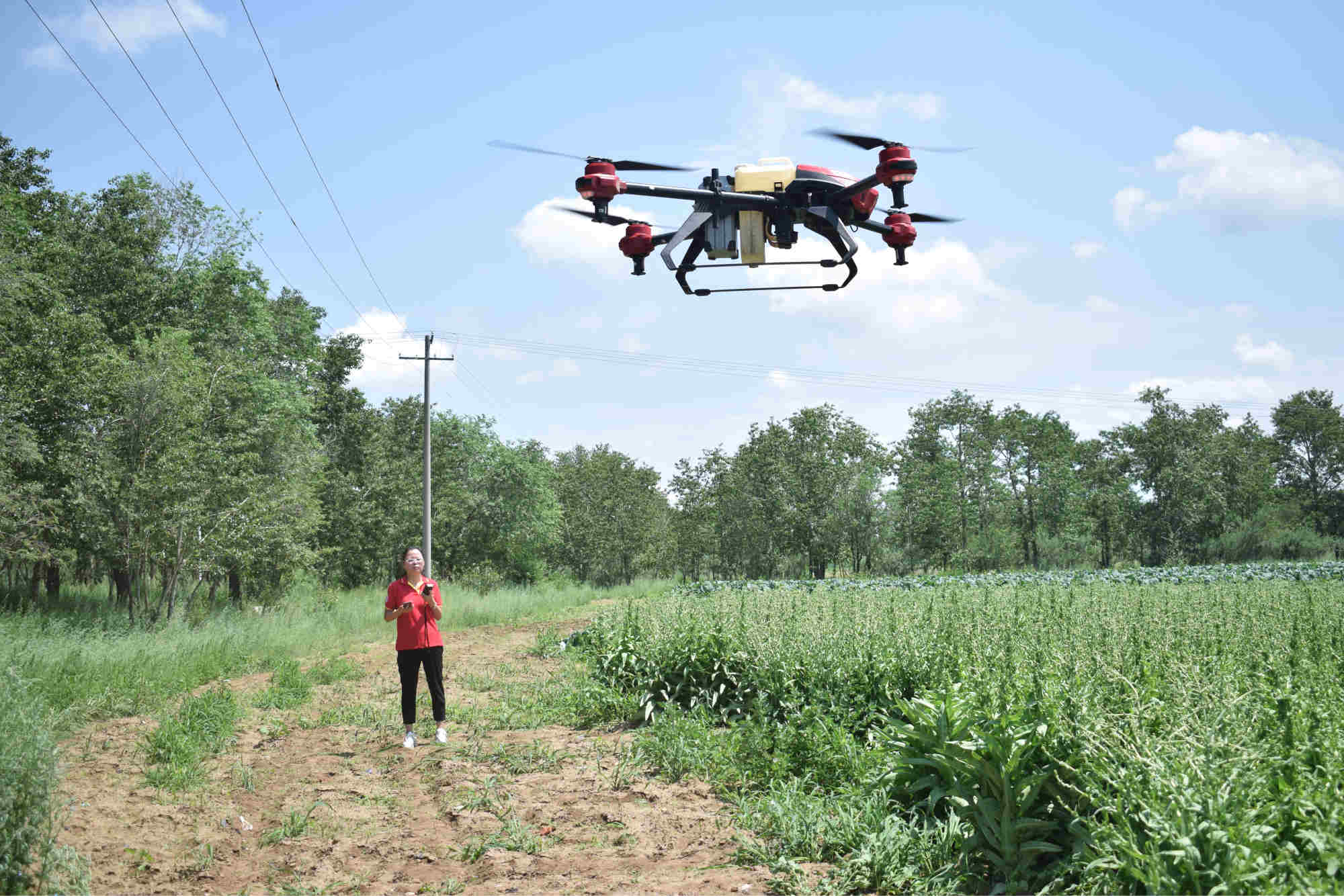 "There's a huge difference in efficiency and cost between hand sprayer and drone," Sheng said, "For one single worker, it takes at least three days to manual spray this 2-hectare veggie field, but the same amount of work can be done within an hour if he orders a drone for operation.

"Also, drone spraying is 50% cheaper than hiring workers who get their feet into the field. In this way, smallholders can reap higher revenue with lower production cost, while young people can improve their lives by working as drone pilots or drone surveyors." From 2018, Sheng has worked with Kangbao County government and technical schools to provide drone training courses for farmers and graduate students. 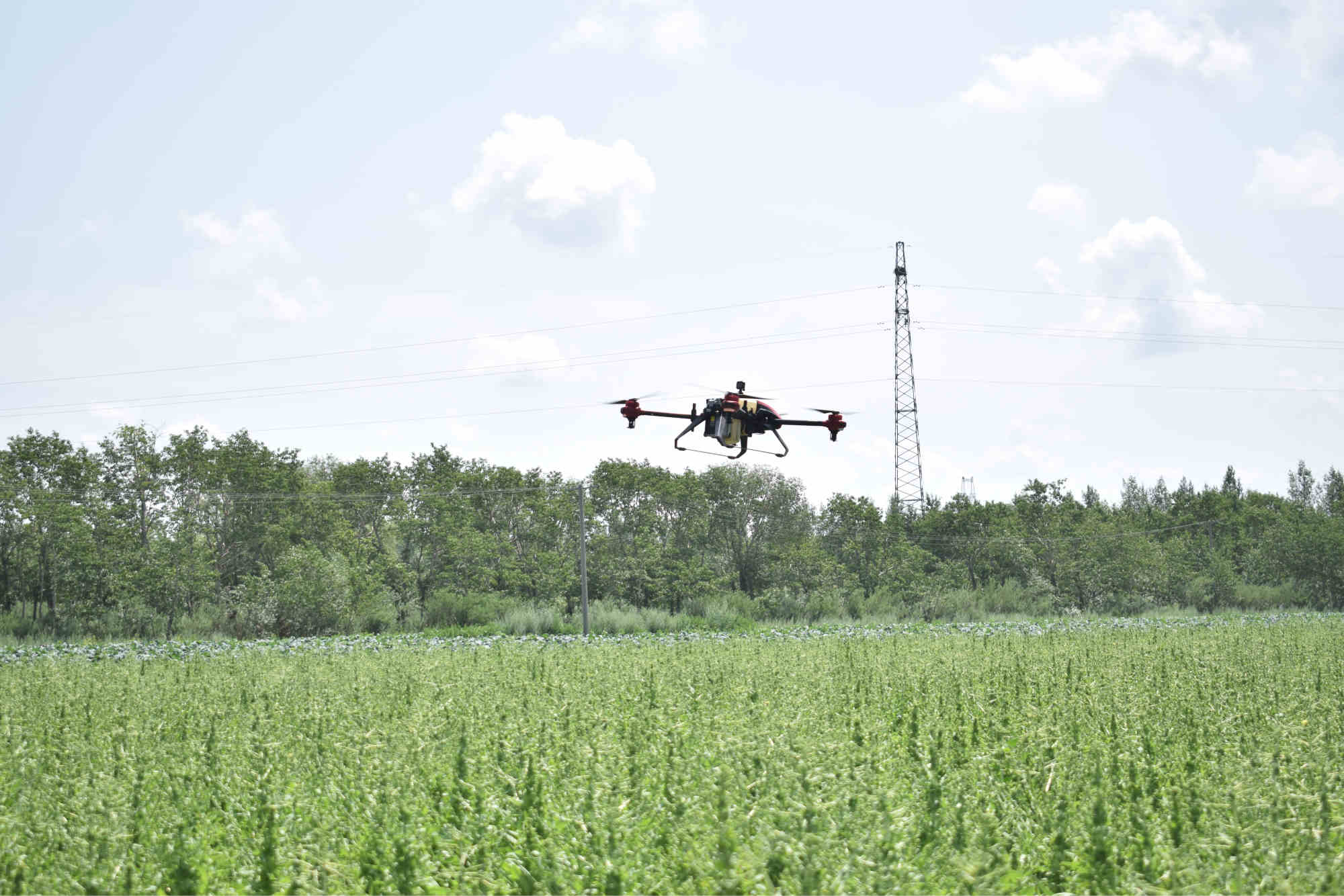 Her training courses provided a quick access for rural youth who wish to improve their skills for better employment. Till today, more than 600 new-gen farmers have learned hands-on skills through Sheng's training programme. In summer season, they can earn an extra monthly income of around RMB 5,000 by conducting drone spraying and field mapping on farms.

In 2020, China has made great progress in eradicating poverty, and rural women are the 'powerful force' for no poverty and zero hunger actions. There are millions of women from rural areas who are breaking through the confines of public opinion, bravely entering the field of agri-tech to transform the food system.