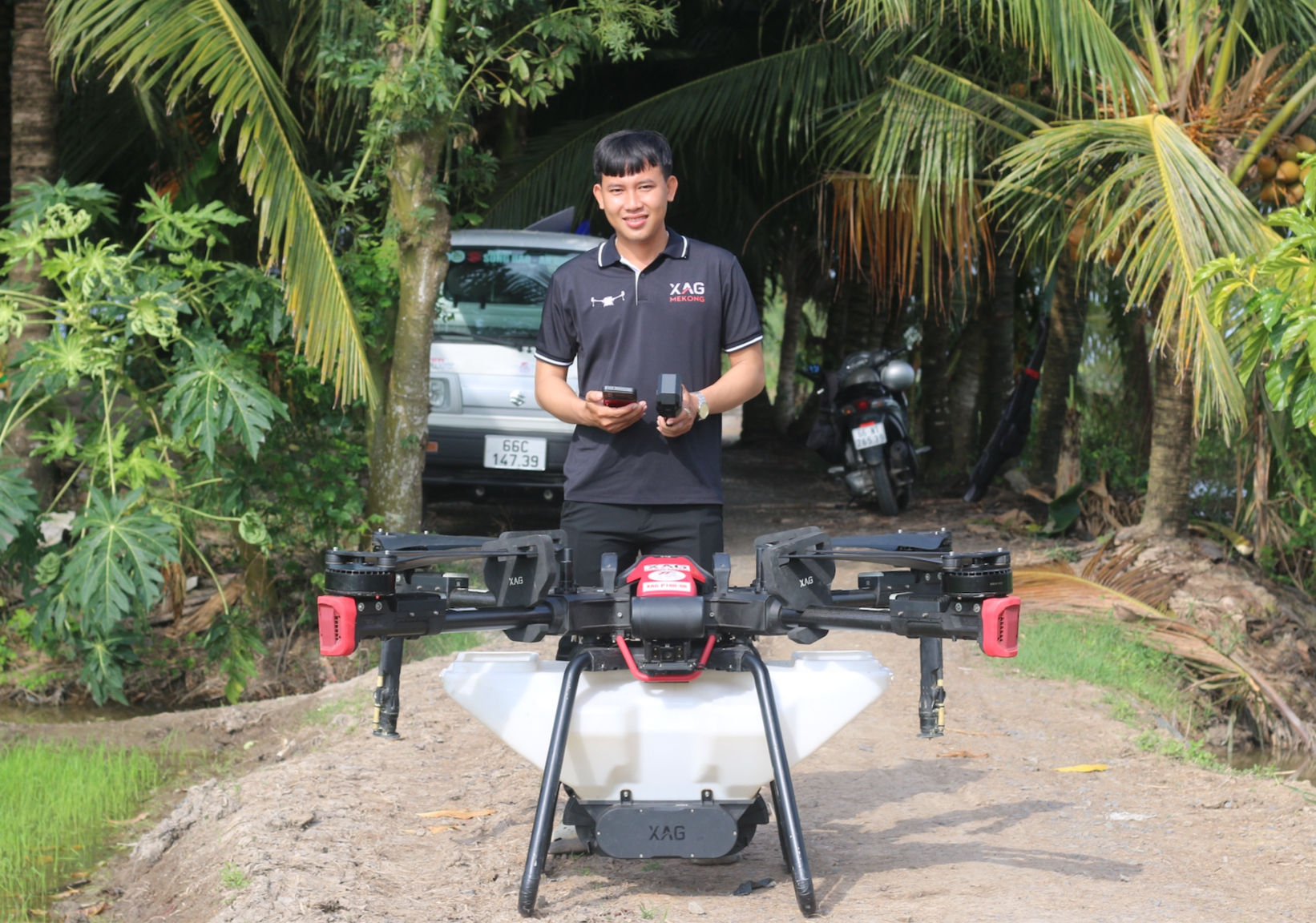 A drone was spraying in the vast rice field of Vietnam, operated by a young man with a smartphone. When emptied its tank, the drone flew back to the farm track automatically and set off again after the man refilled its tank. As drones have been adopted in Vietnam's agricultural production, a new career is opened up to young people, to become drone pilots.

The young man named Tran Minh Man, 25-year-old, quit his credit salesman job and join the pilot team back home after he bumped into pilots operating XAG drone last year. When talking about his new career, Tran is satisfied, "I can serve farmers, and earn 50% more than in the city, from USD500 to over USD750 per month." Now, Tran and other pilots serve farmers and agricultural cooperatives in Dong Thap, helping them to seed, spread and spray with drones. 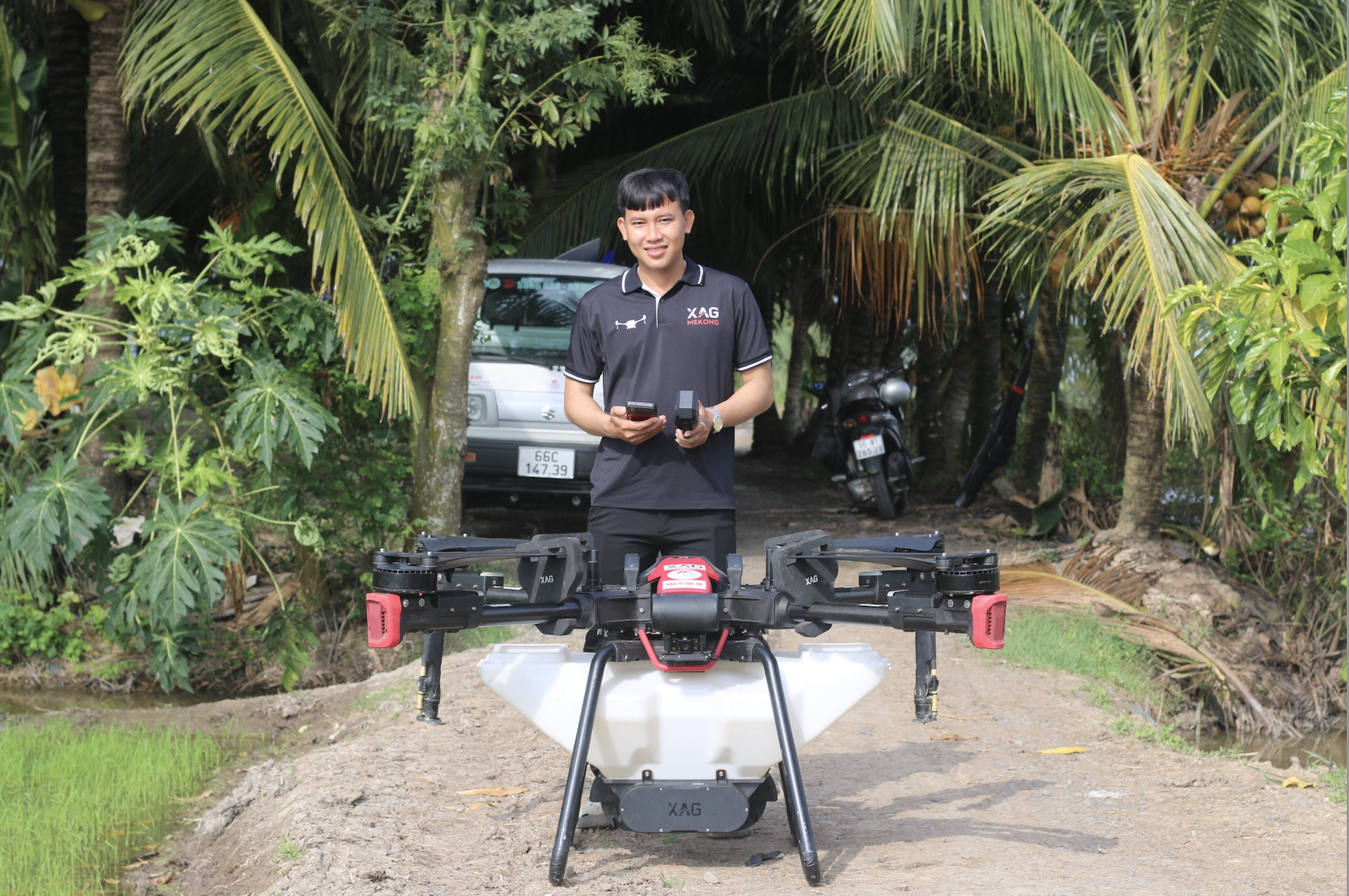 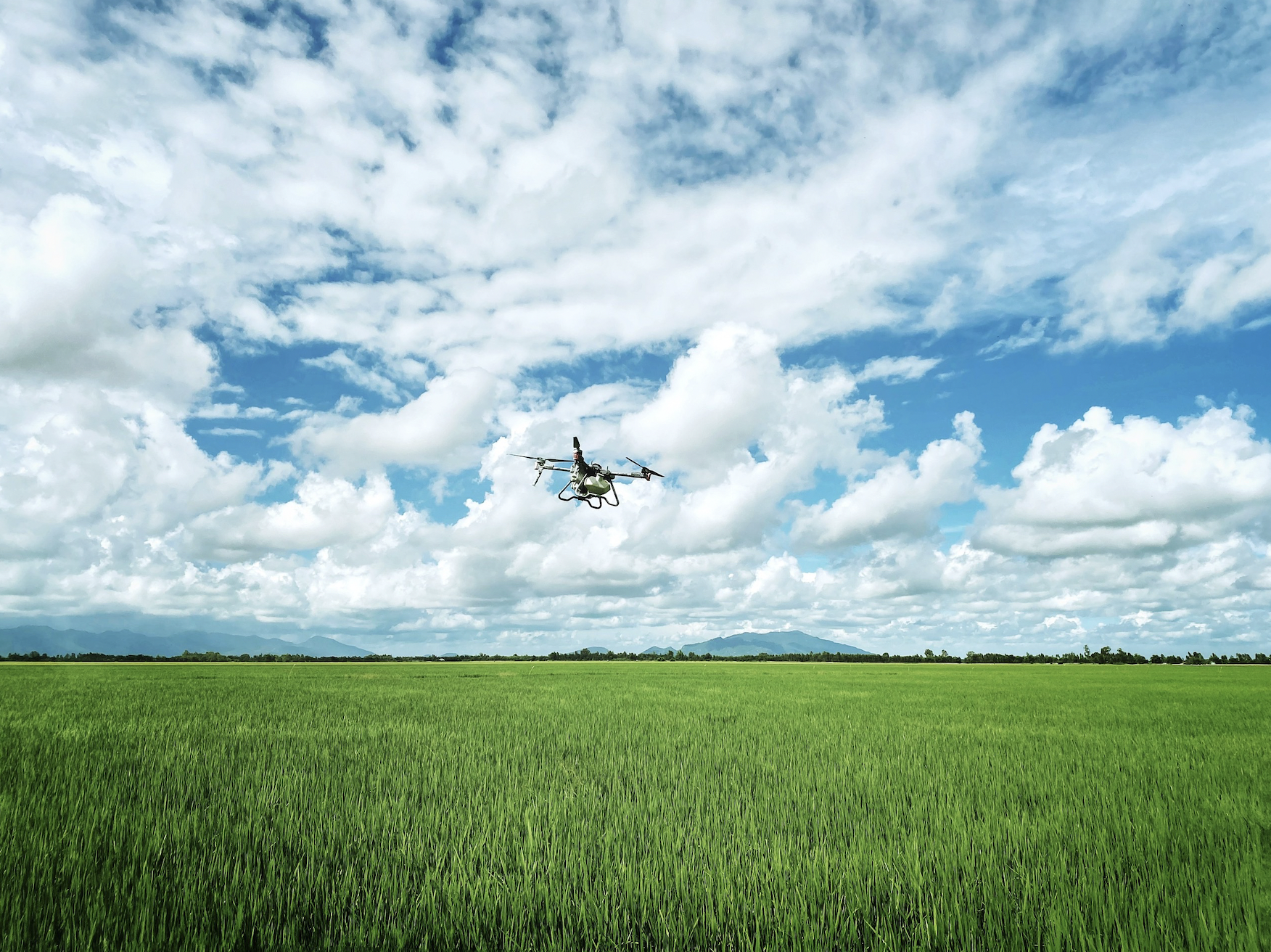 The rice fields Tran served used to be farmed manually, and besides being inefficient, their quality and production were unstable. Last season, the application of XAG P100 agricultural drone has relieved labor burden, ensured uniformity, and saved 1/3 of the materials while increasing the rice output by over 10%.

For Tran, XAG P100's 40kg large payload and autonomous flight have doubled his productivity and further boosted his income. What impressed him most are the RTK navigation system and centrifugal atomization technology. "RTK's centimeter accuracy allows it to stick on the exact path and avoid overlaps or misses, while the latter can precisely control the flow rate and droplet size," he said. Together, XAG P100 drone realizes to spray on need."

Tran Minh Man was working by the rice fields

Tran smiles a lot, but being a drone pilot was never easy. He needs to study engineering and agronomy to serve well. In order not to miss the farming season, he travels with drones to many fields and hardly rests. "I want to partly help my country to be advanced in agriculture by applying technology." The young man is one of many guarding the "rice bowl" of Southeast Asia, providing clean and safe food to the world.