While the world food prices soared by 75% from the pre-pandemic level, Vietnam’s rice export has witnessed a 20% sharp increase year-on-year. The Vietnam fragrant rice is warmly welcomed by high-end markets, and behind such growth are the efforts of smallholders and technological innovation.

This July, XAG launched its P100 Agricultural Drone in Vietnam to bring automation into the world’s “rice bowl”. Some farmers from the Mekong River Delta have taken the lead and adopted drone in rice cultivation. Agricultural drone is more than an efficient equipment to sow seeds, spread fertilizers and spray crops, but also the game changer for cost reduction and profit growth.

Phan Van Dong is a 37-year-old farmer who has a 7-hectare rice paddy in Long An Province. When coming to the busy times of the year, Phan used to allocate most of his budget to hire farm workers and pay for a high level of input and energy.

However, the soaring fertilizer price and labor costs has made farmers stressed out. Despite having the fertile agricultural lands, Phan found it much harder to reap profits and achieve positive cash flow on farm because of the increasing operational costs. In 2021, Phan bumped into the rice field where a drone of XAG was working on pest control. The moment he started using the drone service, he decided to invest in this new technology without doubt. “I was attracted by XAG P100 for its fully automatic operation system and centrifugal spray nozzles,” he said.

Over the past 30 years, chemical fertilizers and pesticides were applied extensively for rice growing to stop spread of disease and boost yields. Though effective in short period, the intensive use of chemicals would bring more rampant pest attack if resistance developed.

In face of the rising farm input costs, many rice producers sometimes had to spend more than they earn. But with the help of drone, Phan has forged a new path to increase his output by over 10%. “Compared to manual operation, the XAG P100 drone has helped me save 50% of seeds and reduce 30% of fertilizers and pesticides, which brings me a better income than ever,” he said. 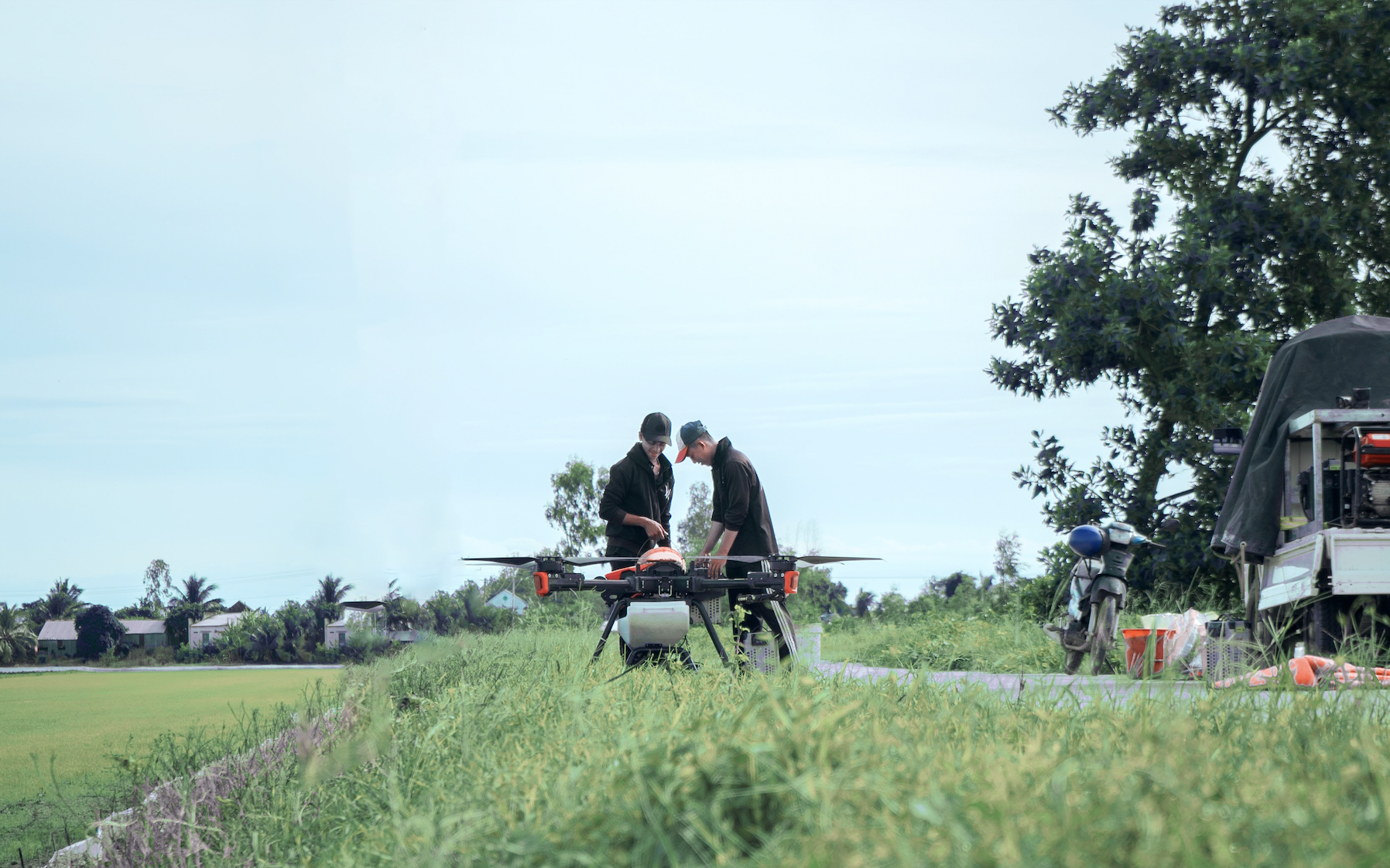 Phan can just simply set drone application rate on the smartphone to deliver the amounts of seeds and other agricultural inputs needed for a given field. When the P100 drone conducted aerial sprays, the strong downdraft under the propellers carried a curtain of atomized droplets over the rice paddy. The rice plants were evenly sprayed up and down.

Phan sees himself as the new generation of farmers, who are leveraging technology to transform traditional rice farming. As Vietnam becomes the major contributor to global rice supply, the scale up of drones will help young farmers to keep pace in the growing export market.