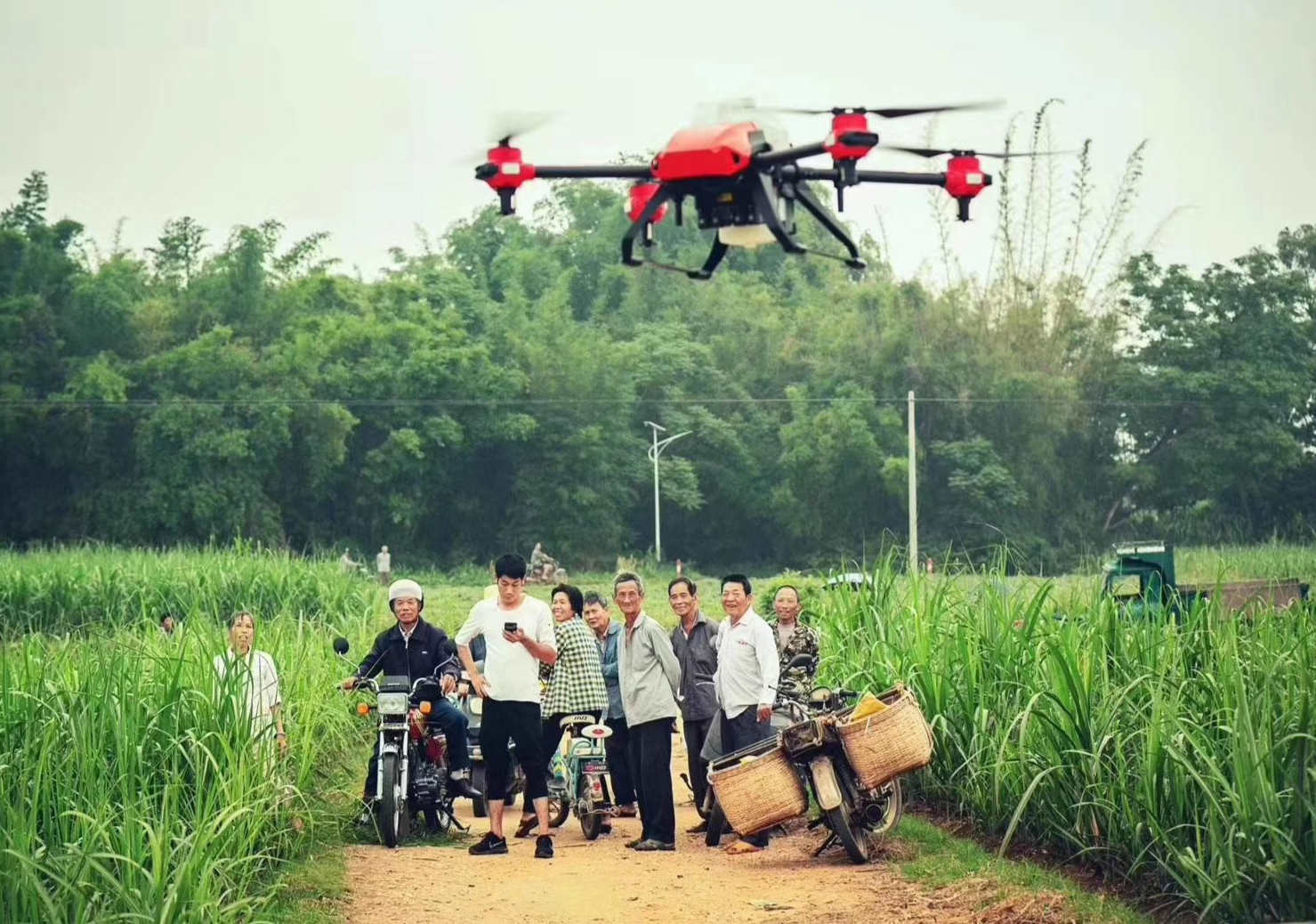 Early autumn every year in Xinjiang, the northwest region of China, awaits cotton picking workers from elsewhere China to arrive. Hundreds and thousands of hectares of cotton fields used to rely on people hand picking the cotton bolls. In 2018, however, the region welcomed another group of cotton professional – defoliant spraying drone operators.

Cheng Yi, came from Jiangsu Province, east coast of China, travelled all the way to the other end of the country as a participant of the large-scale cotton defoliant UAS (unmanned aerial system) spraying operation initiated by XAG in Xinjiang. He was not yet 35 years old but already an experienced professional of UAS plant protection, this time leading a team of 20 people to join some 1,200 others. 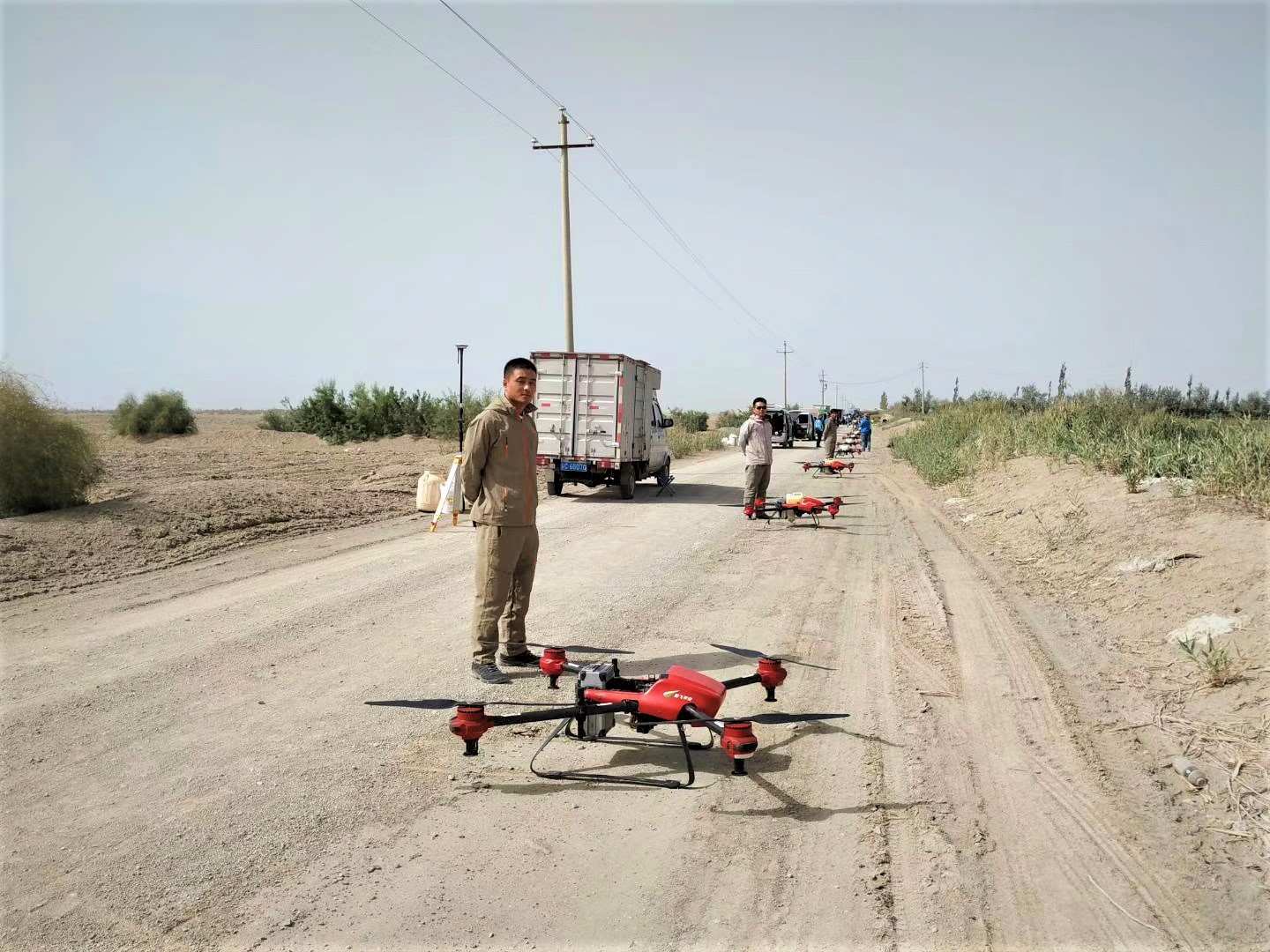 In 2018, there had been 2.5 million hectares of cotton grown in Xinjiang, over 30% of which were reaped by large ground-based machines. To ensure a better-quality machine harvest, farmers used to spray multiple times of defoliant with tractors to remove all the cotton leaves, an approach that would cause overdosing and crop injury. Instead, aerial application does less harm to the plant and the soil, therefore more and more farmers started to adopt spraying drones.

With such increasing demand for drone spraying operation, Cheng was confident that his team would earn good income during the cotton defoliant spraying season in Xinjiang. UAS plant protection teams normally get about 115 RMB per hectare of defoliant spraying. And each operator can earn nearly 40,000 RMB if he or she sprays more than 350 hectares in a 32-day period, because one person can usually operate for 20 hectares per day easily. Such income is 5 times higher than the monthly salary of a typical mechanic in China, thus now attracting more and more rural youth to join the profession. 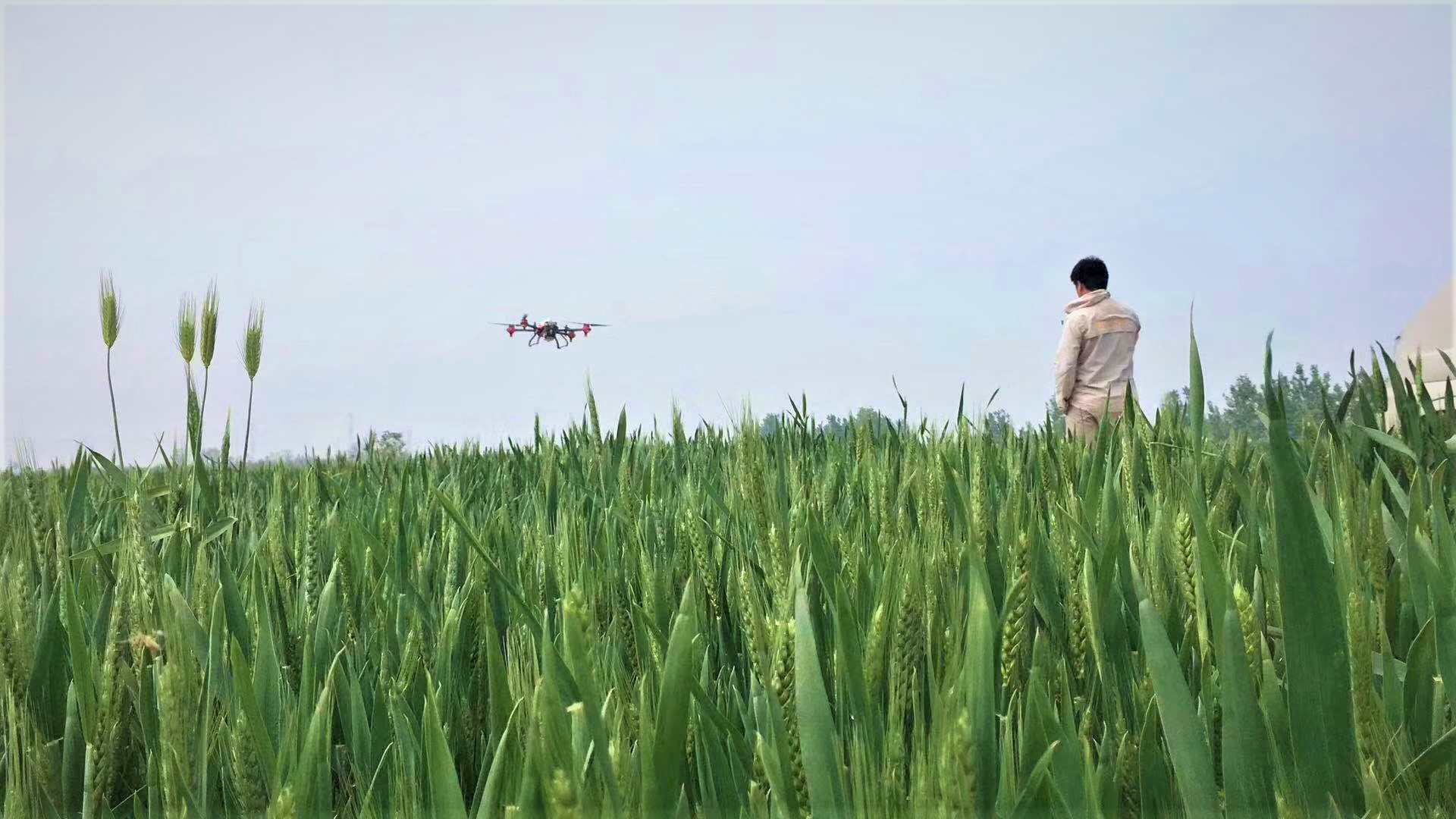 Apart from Xinjiang’s large-scale cotton defoliation, Cheng also brings his plant protection team to join other XAG initiated UAS spraying operations around China. Most of Cheng’s team members are his clients. They only conduct plant protection during farming season, while having other occupations at other times of the year.

“Honestly, I am here to make money, and I think it’s very rewarding,” said Cheng Yi who summoned 26 sets of agricultural drones and completed defoliant spraying operation on nearly 7,000 hectares of cotton fields with his team in less than 40 days. “I am utilising a rather cool device, an unmanned aerial vehicle to make a difference in agriculture here.” He smiled and spoke about wanting to be a person who is friendly to farmers, a person who understands agriculture and the rural environment.”

Flying into the Untapped Agribusiness Market

Travelling elsewhere to do plant protection operations is just part of Cheng’s business. He is also one of XAG’s major local partner in Jiangsu Province, selling P Series Plant Protection UAS and providing training and maintenance services to his clients. Cheng encountered XAG’s tech back in 2015, when he finished his electric engineering degree and started a model airplane business for some years. Later he found that the model airplane market was nearly saturated with decreasing margin, therefore he started to look for other business paths.

Grew up in the countryside himself, Cheng eventually decided to work on UAS plant protection in agriculture. “After careful consideration, I think this is a business that takes more efforts than chances to succeed. Also, as a rural descendant, I want to do something for my hometown. I think the best way to start is caring for the farmland with what I am interested in, that is drone.”

“In 2016, I was very keen on XAG’s drones because it is the most advanced compared to other products that I have researched in the market. But back then the P20 UAS was not for sale yet.” And later in October 2016, when XAG finally announced the sales of its drones, Cheng sought to become a regional partner in Jiangsu immediately.

“I recognised the importance of fully autonomous flying right at the beginning when I started the business.” Cheng thinks that chemical spraying is dreary and tough. Only highly intelligent devices can take that toughness and hazard away from farm practitioners. 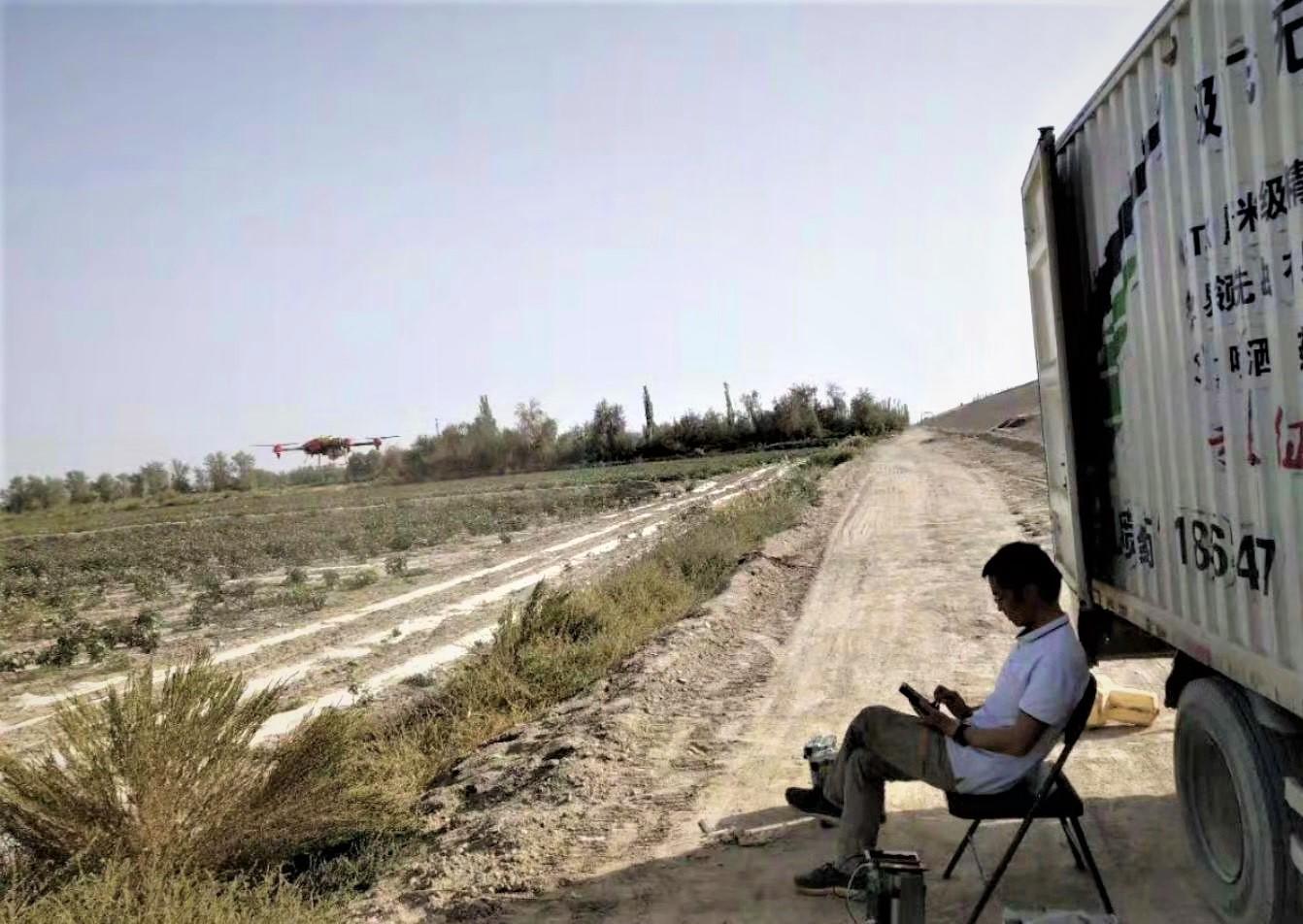 Cheng sat by the truck, supervising the drone operation

However, local farmers were not as forward-thinking and open-minded as Cheng. They were doubtful when Cheng started promoting plant protection drones. “I had to do free demos from one village to another for quite a long period. Also, I started to do sprayings for farmland of my own family to prove to others. Later, my neighbours saw its true effectiveness and became interested. Eventually the business started flowing.”

“Meanwhile, I also initiated the ‘Thousand Talent Programme’ in my company starting from 2016. I want to train more young people and help them become the next generation of agricultural professionals. For the past 2 years or so, I’ve trained more than 500 operators.” Cheng has a novel plan in mind, because bringing up more talents is valuable to China’s agriculture development.

The UAS plant protection industry is ever evolving. Every year, there will be new tech and business model appear. Yet what matters the most, is that the mindset of farmers has changed in a short 3 years of time.

Cheng is one of XAG’s drone users who has witnessed such rapid changes. “Back in 2016, when farmers heard about my ‘airplane spraying’, they came and ask where I should sit on this thing? They knew nothing about unmanned aerial vehicles.” 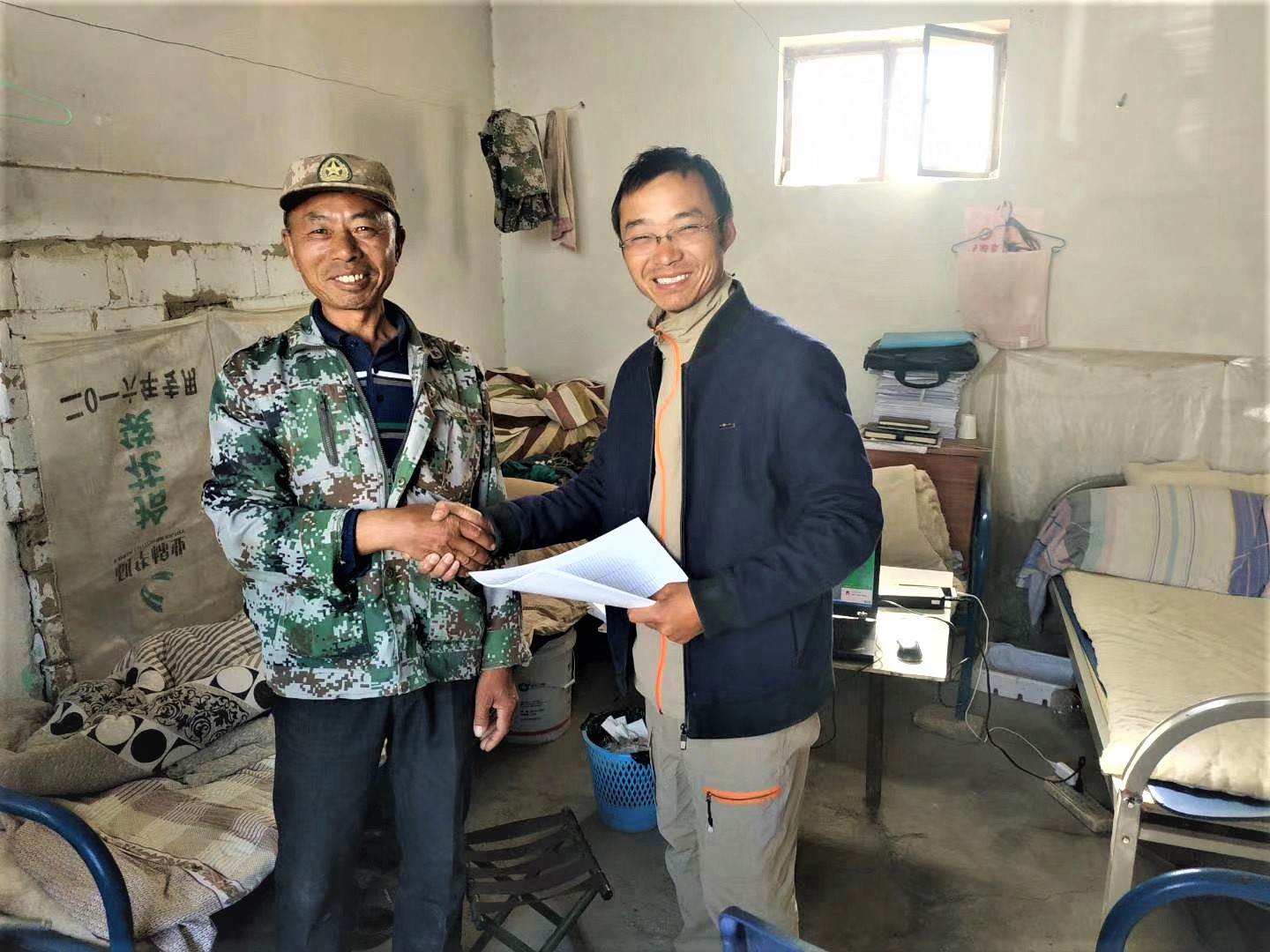 “Then in 2017 when I was out doing demos again, farmers would ask questions regarding the drone tech itself such as, is this drone manually controlled or fully autonomous?”

“By 2018, farmers even developed brand awareness, knowing that I am using XAG’s fully autonomous drones. And a very few of them even started asking about RTK technologies.”

This makes Cheng feel the pressure of self-progressing, the need to learn more as the industry and the farmers he serves are continuously evolving over time.

“It’s crucial that plant protection drone practitioners keep learning more knowledge about technologies and agriculture. And the tech must be iterative in the meantime. If it were not for the advanced and constantly upgrading agritech, along with the XAG Academy learning platform, I don’t think my business will last long and look so promising as it is now.”

Throughout the year of 2018, Cheng’s operation team has achieved an outstanding performance on fields. The team has conducted crop spraying services for nearly 27,000 hectares of farmland, over 2.5 times higher than that of 2017. Cheng is very humble, attributed his success to the increasingly prospering market of UAS plant protection and farmers’ gradual acceptance to new technology.

And looking into the near future, Cheng Yi will continue to expanse his agribusiness into the some of the most remote rural areas in China and empower famers with such flexible, cost-effective drone technology. Strengthening the after-sales maintenance service will be another focus of Cheng’ business plan.

Deep down his minds, Cheng firmly believes that with greater government support and the allure of user-friendly drones, more and more people, including smallholders and traditional agriculture companies, will join his army to make agriculture drone market a much energetic place.