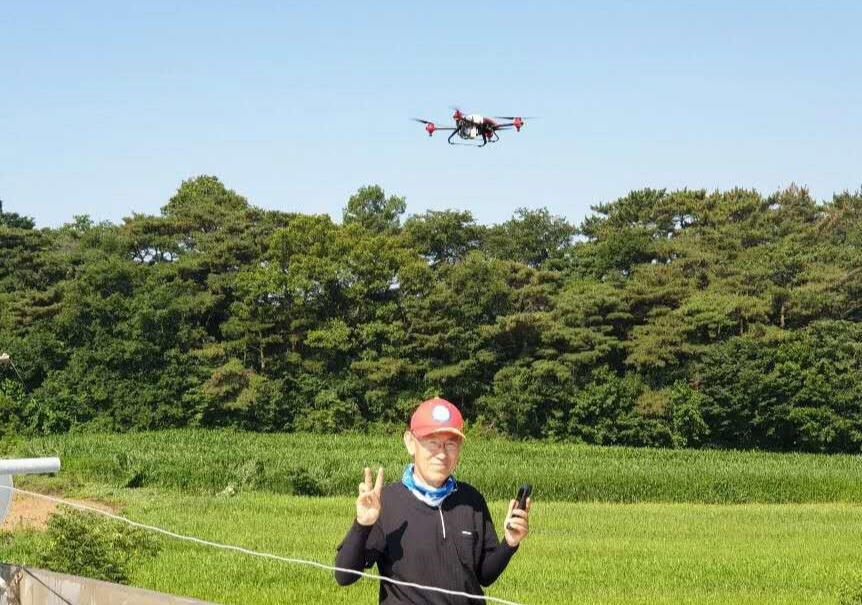 With the farming population notably falling by 42% since 2000, South Korea has long been experiencing a severe shortage of agricultural labour. However, the advent of smart, automated technologies such as drone and AI has encouraged urbanites, especially the young generation, to start agribusiness.

XAG, through its drone-based precision spraying technology, has been part of this wave to bring vitality back to the rural economy. And among those city dwellers turning to farming, there is one man, aged 65 years old, who has been dedicated to the indigenisation of XAG’s agriculture drone in South Korea, breaking the negative stereotype about the seniors.

Meet Jun Bon Soo from South Korea, one of the early adopters of drone – an aerial unmanned system (UAS) seen as a fancy sci-fi vision by many. His fascination with drones has taken him further into an untapped territory, utilising drones that can practically fly themselves without human control to help local farmers spray pesticides and prevent crop diseases. 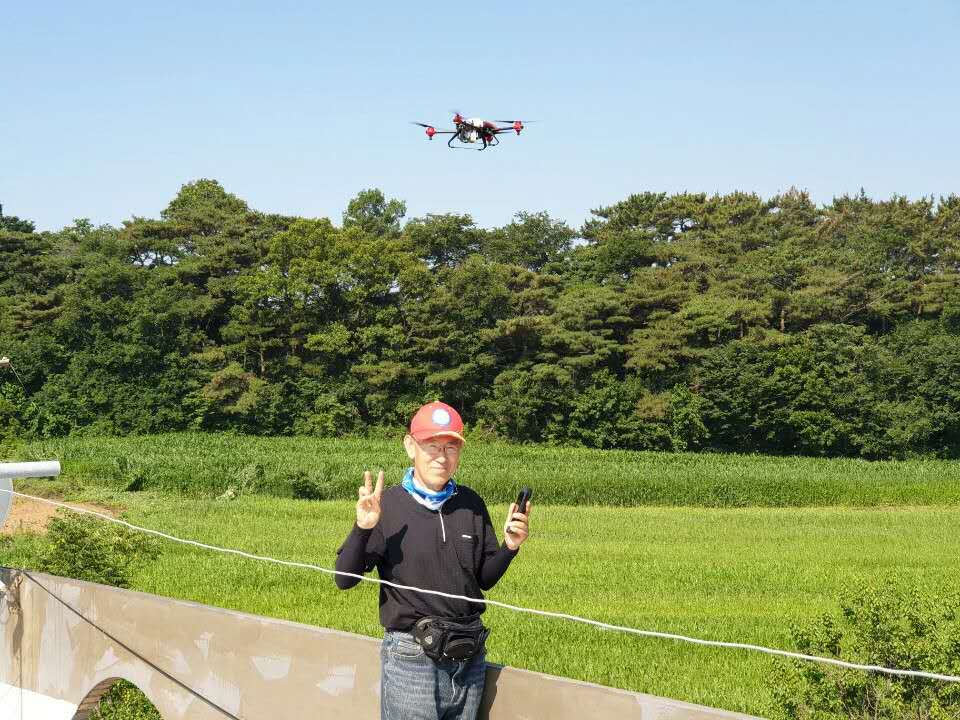 “Tech-savvy” is no longer a word exclusive to describe millennials. As a former middle school teacher, Jun Bon Soo has just reached 65 years old, yet he given up his peaceful retirement life in Seoul and thrown himself into an unknown adventure promoting agriculture drone and smart farming.

It is quite unusual that a man in his 60s can embrace the nascent drone technology without any scepticism. “After I retired from school five years ago, I became a professional drone pilot as well as the head trainer of a local drone training centre. This all started because of my strong passion for aviation and space.” Jun talked about his career life with great confidence.

When asked what exactly had attracted him to tap the agriculture industry, Jun told a story about how he encountered an agriculture drone featured the unique red-and-white design. “As a drone pilot, I have to keep myself up-to-date on the latest innovations in industry. During research, I got to know a prominent brand called XAG which developed agriculture drones and other digital farming tools.”

“Then I was invited to a live demonstration of XAG’s plant protection drone, where I was completely drawn to such high tech at first sight,” Jun further explained with a hint of smile. “I have never seen a drone like that - fly fully autonomously in such stable condition.”

As for Jun Bon Soo, this is a kind of technology that would transform South Korea’s agriculture industry in which the application of large ground-based machines is limited on segmented land and complex terrains such as hills and mountains. Managing a farm is still considered a menial task, requiring an overwhelming load of physical labour.

“So, the idea of joining the UAS plant protection industry came after I recognise the immense value behind such technology. Particularly, I found XAG’s P series drone highly flexible and adaptive; it’s atomisation spraying system is of great importance when it comes to securing micron-level precision requirement,” Jun said. 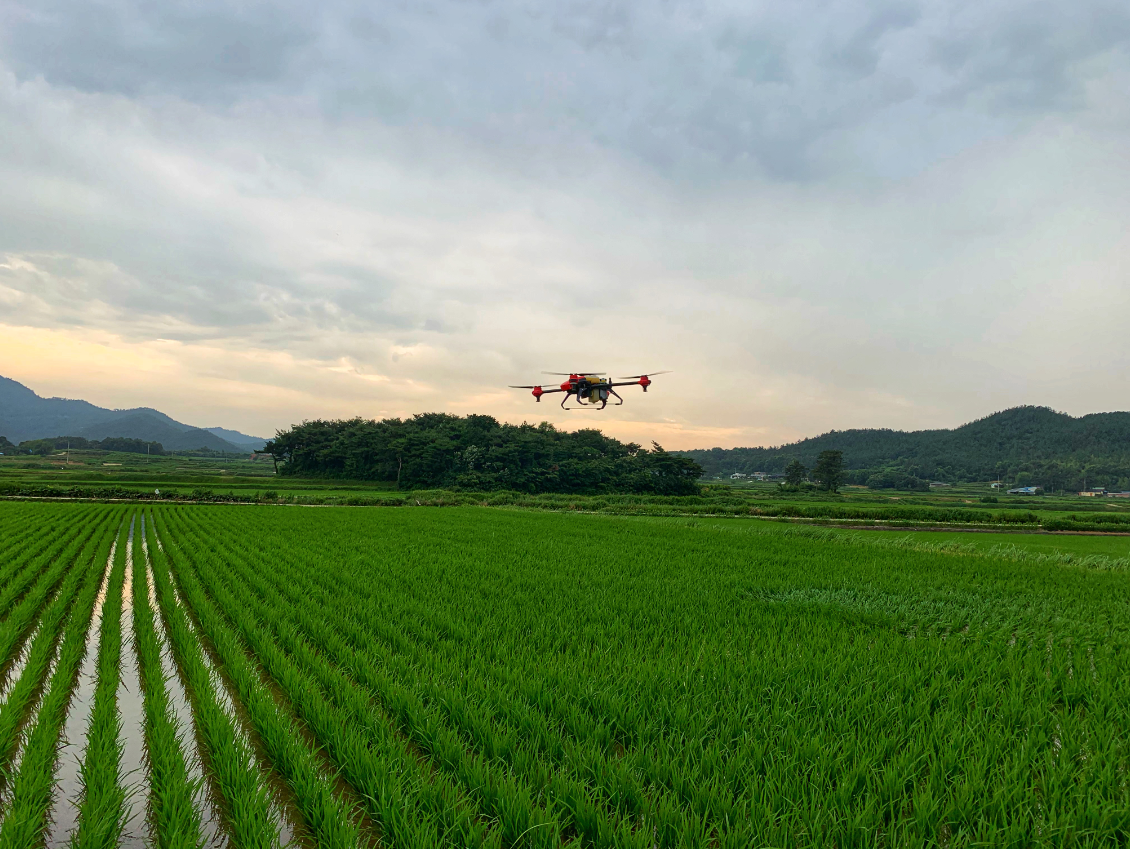 It took him more time and energy to learn a new technology that requires a certain level of memory, focus and agility, he said, but fortunately he did not need to start from scratch. Through one month’s constant, tough training and practice on field, Jun finally got himself fully familiar with every step of the operation procedure including RTK set-up, field surveying as well as flight and spraying parameter settings.

Though challenging, this job is also profoundly rewarding. Jun Bon Soo purchased XAG’s drones and founded his own company with a young partner in Daejeon, the 5th largest city of South Korea, just three months ago, providing precise, safe UAS plant protection services. “Since founded, we have received a steadily increasing number of orders from nearby farmers. We hope to help rejuvenate the agriculture industry with this intelligent solution,” Jun says. 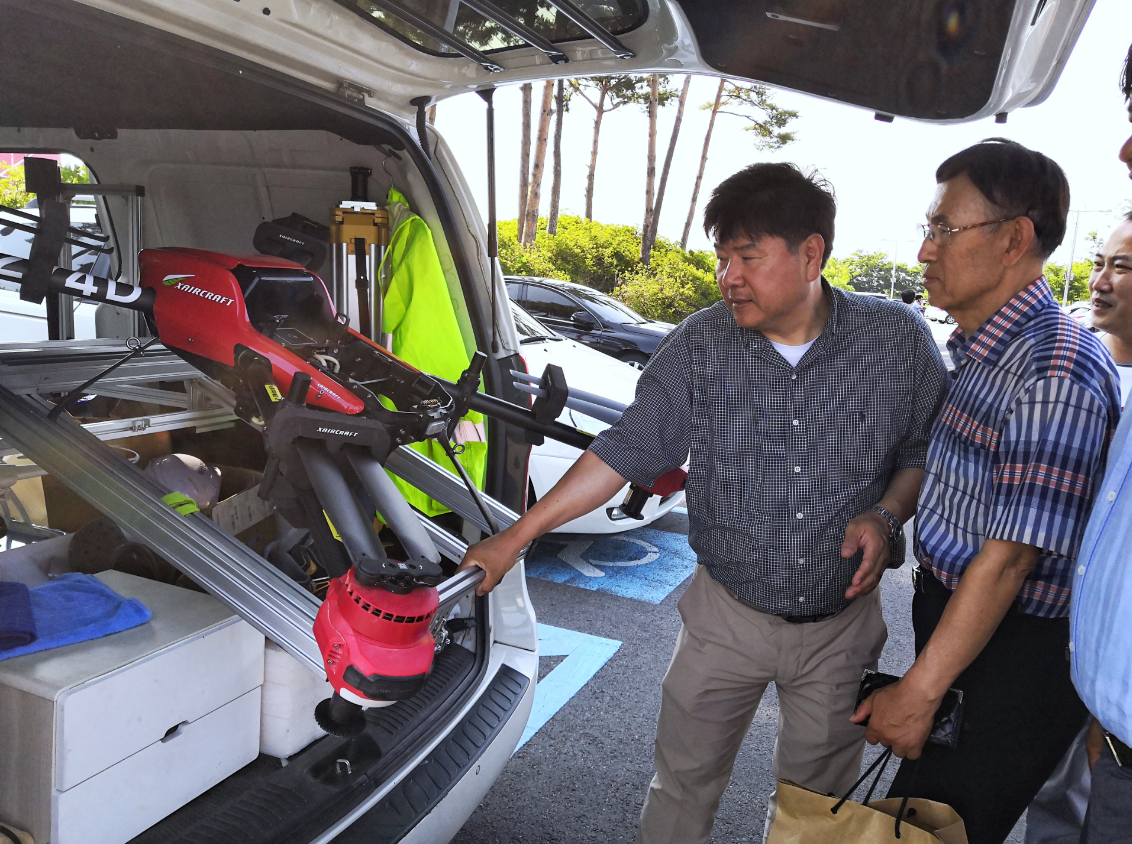 Now, as an agricultural entrepreneur, Jun spends much of year travelling around the country to scale his business and promote XAG’s precision spraying technology to local farmers and consumers. Training drone pilots also remains an important task of his new career.

In his 60s, Jun acknowledges that his ability to manage tricky situations when handing an agriculture drone might not be higher than that of the young operators. But those young people, coming back from cities with lack of know-how in farming and agri-tech, need someone like Jun to help them accommodate to the rural life.

Jun compares himself to a coach of a soccer team. “It’s obvious that a player would perform better than his coach on court. But the coach has the ability to improve his players’ skills and make the whole team become much stronger with his wit and expertise.”