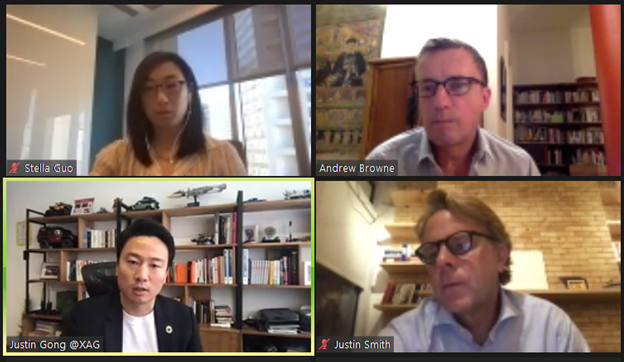 According to Justin Smith, the Bloomberg New Economy Catalyst has identified 30 most innovative entrepreneurs and trailblazers, particularly from emerging economies, who are tackling the most important global problems or issues at the cutting edge of technology and policy. "The world is going through a tremendous change, where so much of the economic, demographic and therefore political influences are shifting from the west to east and from the north to the south," he said.

"We believe that many of today's intractable problems, as well as most solutions, are coming out of emerging economies. The mission of the catalysts is to act as a bridge between the east and the west and between the North and the south," Andrew Browne.

Justin Gong, one of the New Economy catalysts and representatives, have talked about the value in joining this global community. Following is the highlights from today's conversations about how XAG is making agriculture more intelligent, thoughts on the future development of agri-tech in China, as well as the latest progress on China's first autonomous cotton farm project. 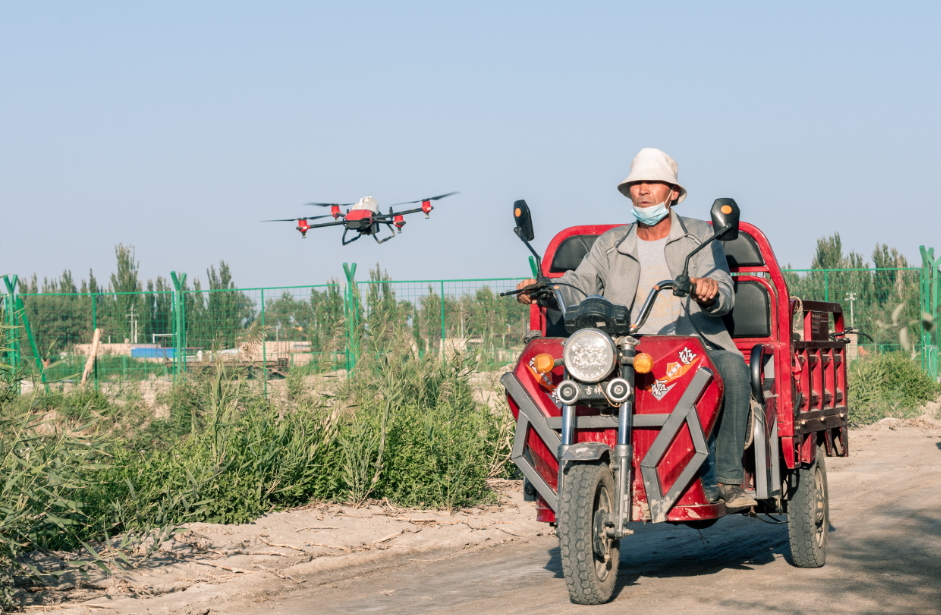 From 2014, XAG realised that most rural areas in China are facing a mutual problem of labour loss. Low level of education and limited efficiency are also long-term troubles to our farmers, which make their produce less competitive compared to those large companies in the market. These challenges became the impulse for XAG to transform itself into an agri-tech company from a drone maker. Diving deep into agriculture, XAG seeks to use autonomous technology to tackle rural aging and workforce outflow.

For example, XAG develops fully autonomous drones as alternative to human and large ground machine spraying. All precision operations of drone are based on HD field maps and cm-level navigation network to enable digital farming. As XAG brings more smart devices such as robots, autopilot console and IoT to the rural areas, farmers can reap higher efficiency with lower input to reboot the whole industry. 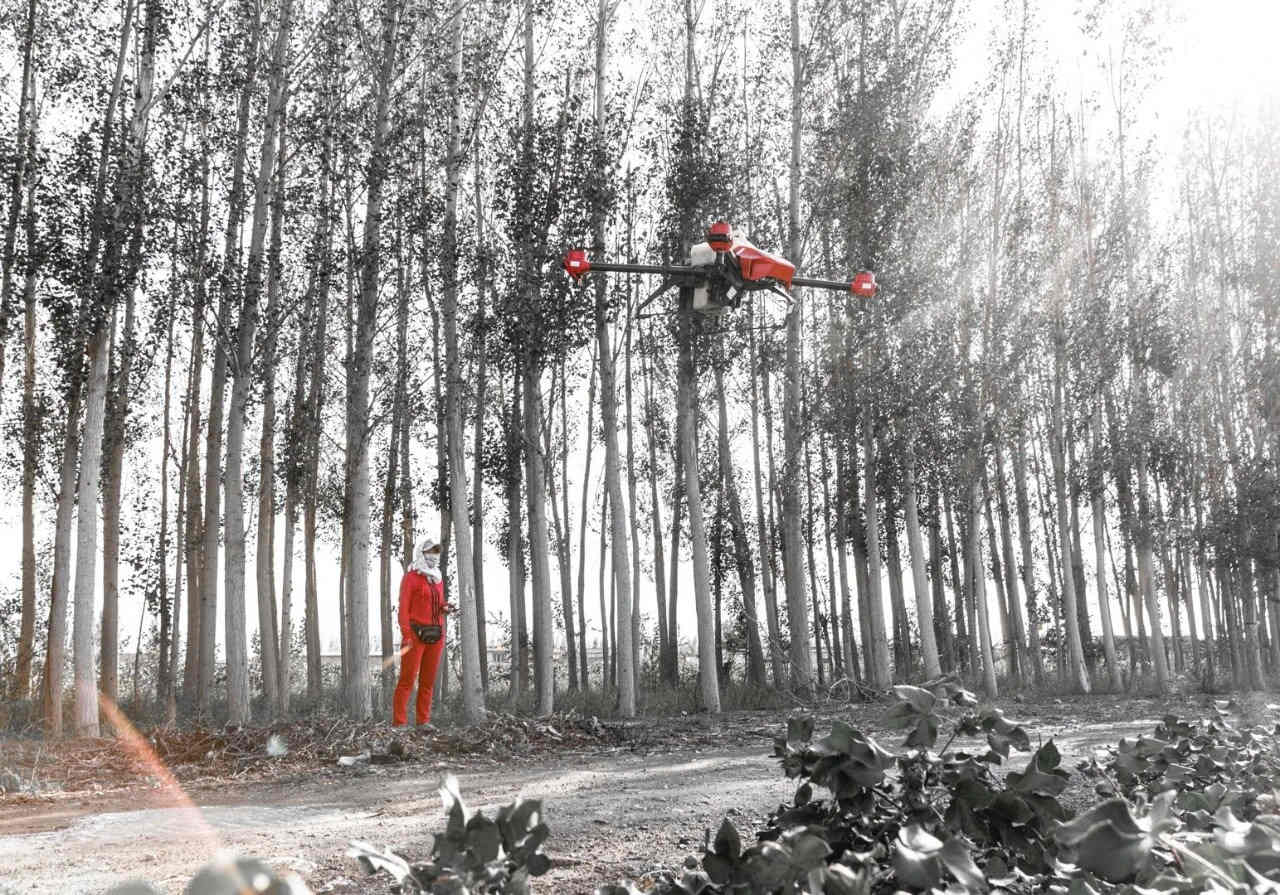 XAG aims to help construct a more gender equal society through autonomous technology. Last year, a female pilot case from Hebei has been elected as a representative of China in the "Countryside: The Future" exhibition at New York Guggenheim Museum. A poster of her operating a drone was showcased to demonstrate female power and their contribution to rural community.

Women have long been neglected in rural development due to the natural-unbalanced physical power. Once empowered by drones and robots, female farmers can break free and join every process of crop production. We believe that technology is a great equaliser and plays a key role in reforming the society structure and making producers better achieve their value in agribusiness.

The autonomous cotton field project in Northwest China is a huge experiment to validate if the whole process of cotton production can be automated. In 2014, we found out that Chinese cotton industry had come into a stage of transition from government directed to open market. This caused an increased demand for cotton but also labour shortage to encourage farmers adopt tractors and harvesters for large-scale operations. But as for those works need to be managed precisely such as broadcast and spraying, manual labour was still heavily required. The gap between big machines and human is what XAG perceive as an opportunity.

For the past seven years, XAG has made fully autonomous cotton spraying into reality. And the next step is to see if it can achieve automation in the whole process for high-quality, affordable cotton. So, the SuperX cotton farm was set up to let two young people manage 200 hectares of the cotton field from the beginning to the end. After undergoing three strong winds, now the seeds are planted and well-established with an over 88% of emergence rate, which is a good sign to generate desirable yields. It is estimated that the field can produce over 1000 tons of cotton and the joy of harvest will be shared to all.

Q4. What is the future development of agri-tech in China?

Automation, traceable agricultural produce, and sufficient food supply are three trends of Chinese agriculture. First, all the tedious, dangerous jobs from seeding to harvesting will be taken over by drones and robots, which greatly increases productivity to catalyse new growth in the rural areas.

Second, Small farmers can hire robots to perform every farm-related task and each process is recorded with rich data. With a belief that brands bring safety and quality, consumers used to purchase farm produce from big companies instead of small or unknown brands. But when these products are robot-made with clear traceability, they might be sold much better in terms of price and amount.

Third, when autonomous robots and AI are deployed for agriculture in large scale, low efficiency and yield loss due to unpredictable risks such as climate disasters will no longer exist. With these technologies, the world can overcome the challenges of traditional agriculture including uneven food distribution or starvation. Looking back to China's development, urbanisation has led to a continuous loss of labour forces in rural areas. But in the future, there will be a positive change - those living in the city go back to countryside and produce food with the assistance of advanced robots and AI, and they will become the new middle class.