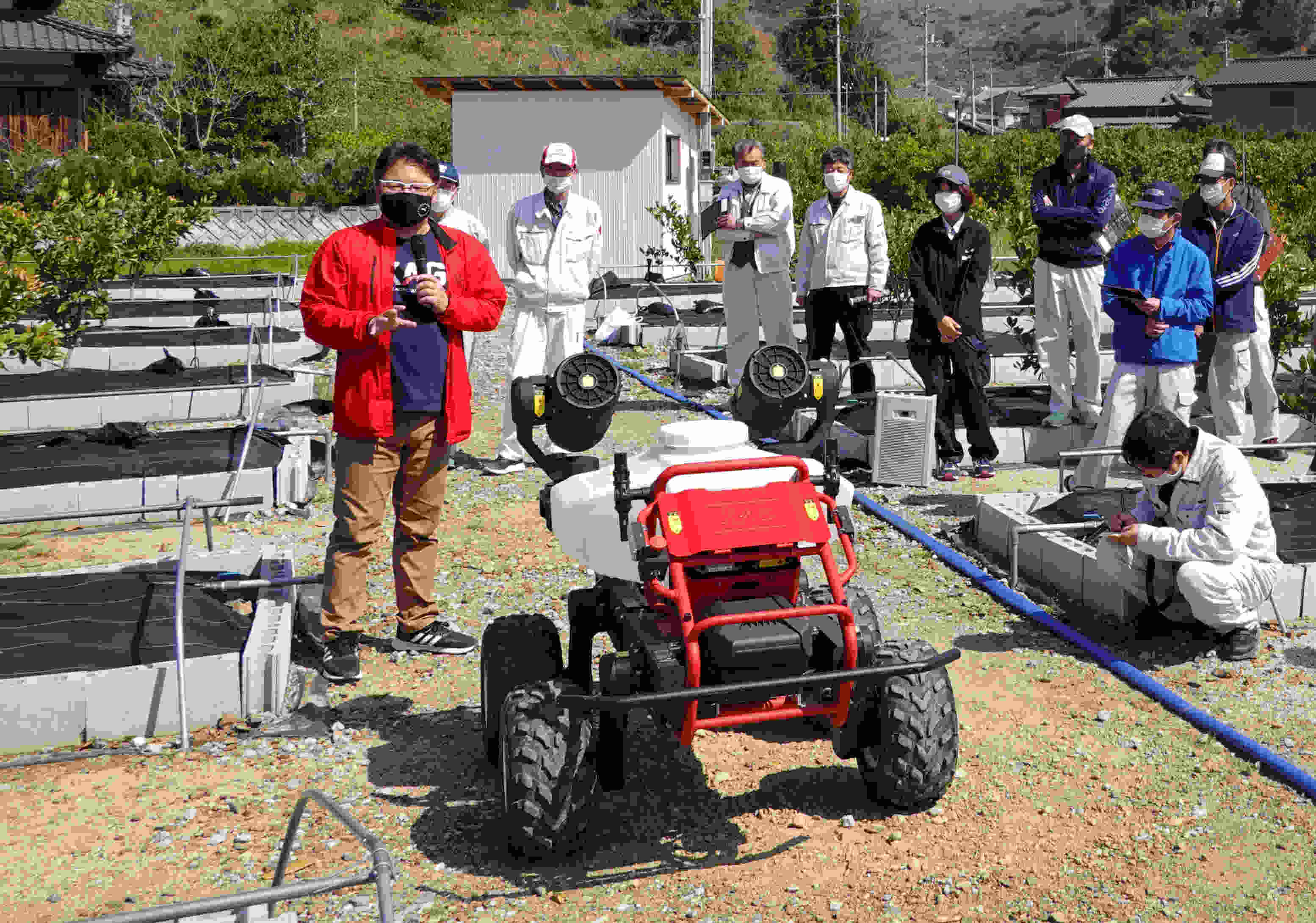 Seeing the potential of drones in reshaping agriculture, Japanese farmers now expect the first mass-produced, lightweight farm robot XAG R150 to reap a higher yield with quality fruits. As Japan's population is aging fast, XAG has introduced its R150 unmanned ground vehicle, open for sales in June, to help farmers relieve their physical burden. The XAG R150 just made its debut to pollinate an apple orchard of Takayama in a Japanese-first, bringing hope to tackle labour shortage and the decline of bees. 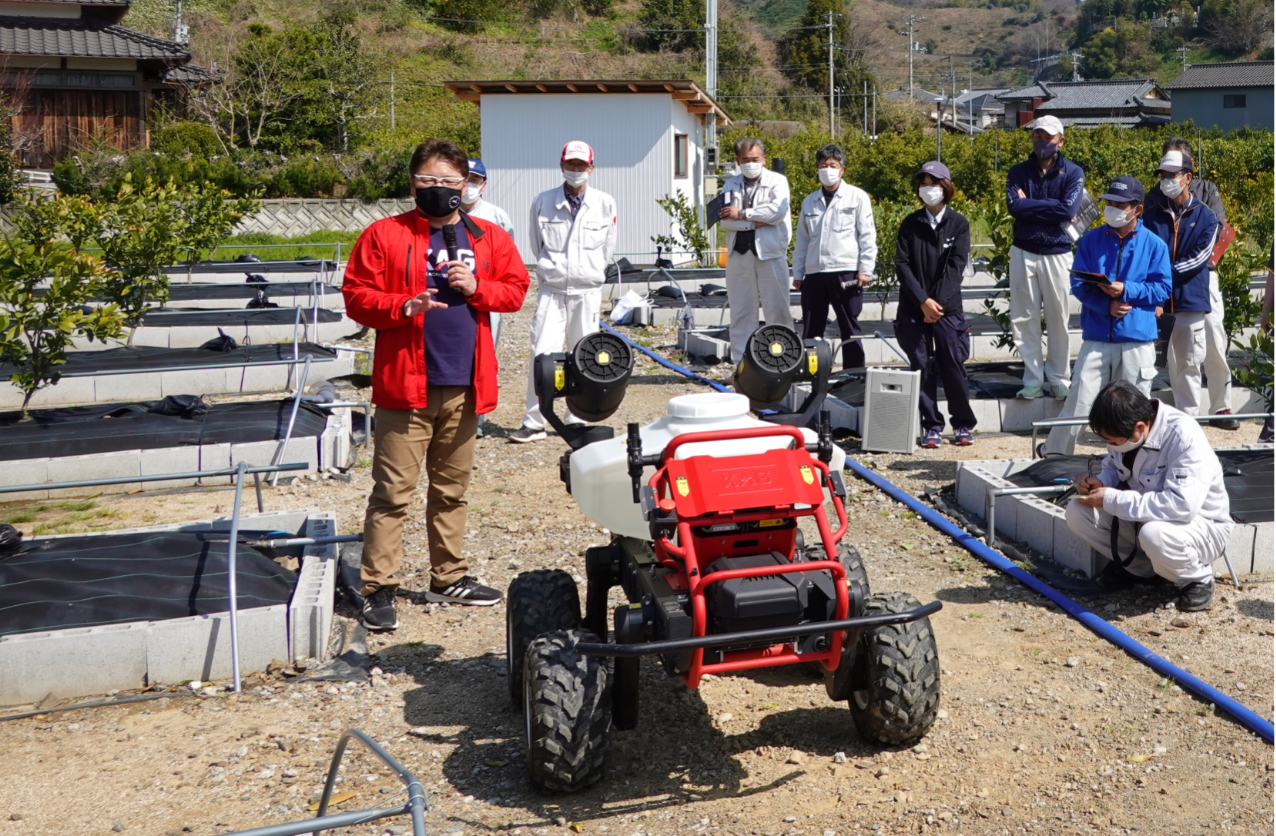 The Ministry of Agriculture, Forestry and Fisheries of Japan formulated the Basic Plan for Food, Agriculture, and Rural Areas in 2020 to achieve smart agriculture for the next 10 years. The government has charted the roadmap of adopting digital technologies, such as robots and artificial intelligence, to drive new growth in its agricultural economy.

In response to the pollination crisis

In April this year, XAG Japan hosted a demonstration to test the competency of XAG R150 using its on-board JetSprayer system to pollinate apple trees. The field trial was conducted in Village Takayama, Nagano Prefecture of Japan, and watched by experts from Japan Agricultural Cooperatives.

The idea of applying ground robots for fruit tree pollination was a bold attempt to cope with the pollination crisis. According to the estimate of Japanese government, the number of bee swarms in Japan has experienced a 40% reduction over the past nine years. The absence of important insect pollinators could cast a massive fruit yield reduction and cause fatal blow on the annual revenue of fruit farmers.

Operator played with his mobile phone to control the robot

During the demonstration, the operator poured a special mixed solution of pollen into the liquid tank of XAG R150, which then started to move autonomously and sprayed liquid pollen on the Sun Fuji apples following the pre-settled route.

As an all-electric, mini-scale autonomous farm robot, the R150 travelled nimbly between three rows of Sun Fuji apples, spraying atomised pollen solution uniformly on every tree from the bottom up. From a distance, the operator could adjust the spray angle and spread width simply through the mobile app.

When automation happens on farm

Sun Fuji is a dwarfed variety of apples that fruit farmers accustomed to planting densely to save space in one single row. In busy season, due to the short window of pollination, one farmer had to work 2 hours non-stop to manually pollinate one row of Sun Fuji, which became more difficult especially when the trees have grown over the height of a man.

To make sure every blossom from the top of the trees gets successfully pollinated, workers often needed to use ladders to climb up and down for artificial pollination. This traditional method was not only tiring, tedious, and time-consuming, but also presented a potential safety risk of falling down to the workers.

With the introduction of XAG R150, one row of apple trees could now be pollinated within 10 minutes, 12 times more efficient than that of hand spray. Through high-speed airflow, the pollen was spread precisely and attached on every corner needed to be cared for, including the blossoms that grew on top of the trees. 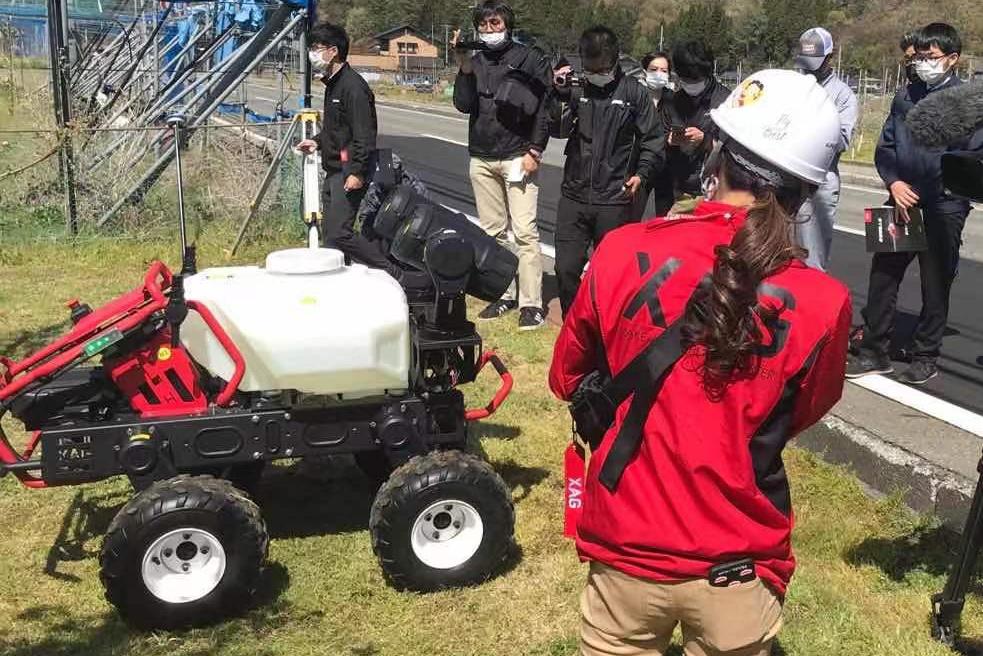 In this trial, the farm robot proved its capacity to save labour and prevent yield loss that might result from a marked decline in the number of farmers and animal pollinators. The use of water and pollen were also greatly reduced because of the high precision sprays. This mean that a large-scale orchard can be sprayed within a short period of time, and farm owners can forget about the worries of not able to hire sufficient workers.

Makoto Arai, a fruit grower who lives in Village Takayama, were one of the guests invited to witness the first appearance of XAG R150 in the demonstration of apple pollination. Earlier this March, he just participated another pre-sale roadshow in Kanagawa Prefecture and was impressed by the performance of this ground vehicle on spraying cabbage fields for pest control.

"I knew my hunch of autonomous robot was right. I felt that I could anticipate a reduction in labour cost if I were to adopt one of these smart helpers. Instead of investing my time into manual labour, I could focus on sales, branding and business expansion of my fruit farm in the future," he said.

Started from 2016, XAG has set up an oversea subsidiary in Japan to cover a wide range of market that serves the 11st biggest country of agricultural production. As the pioneer of promoting smart agriculture, XAG Japan has scaled up its agricultural drones to over 28 cities and served more than 10 species of crop varieties. The aim is to help the aging Japanese farmers embrace advanced technologies, while bringing young people back to village to start business in agriculture. 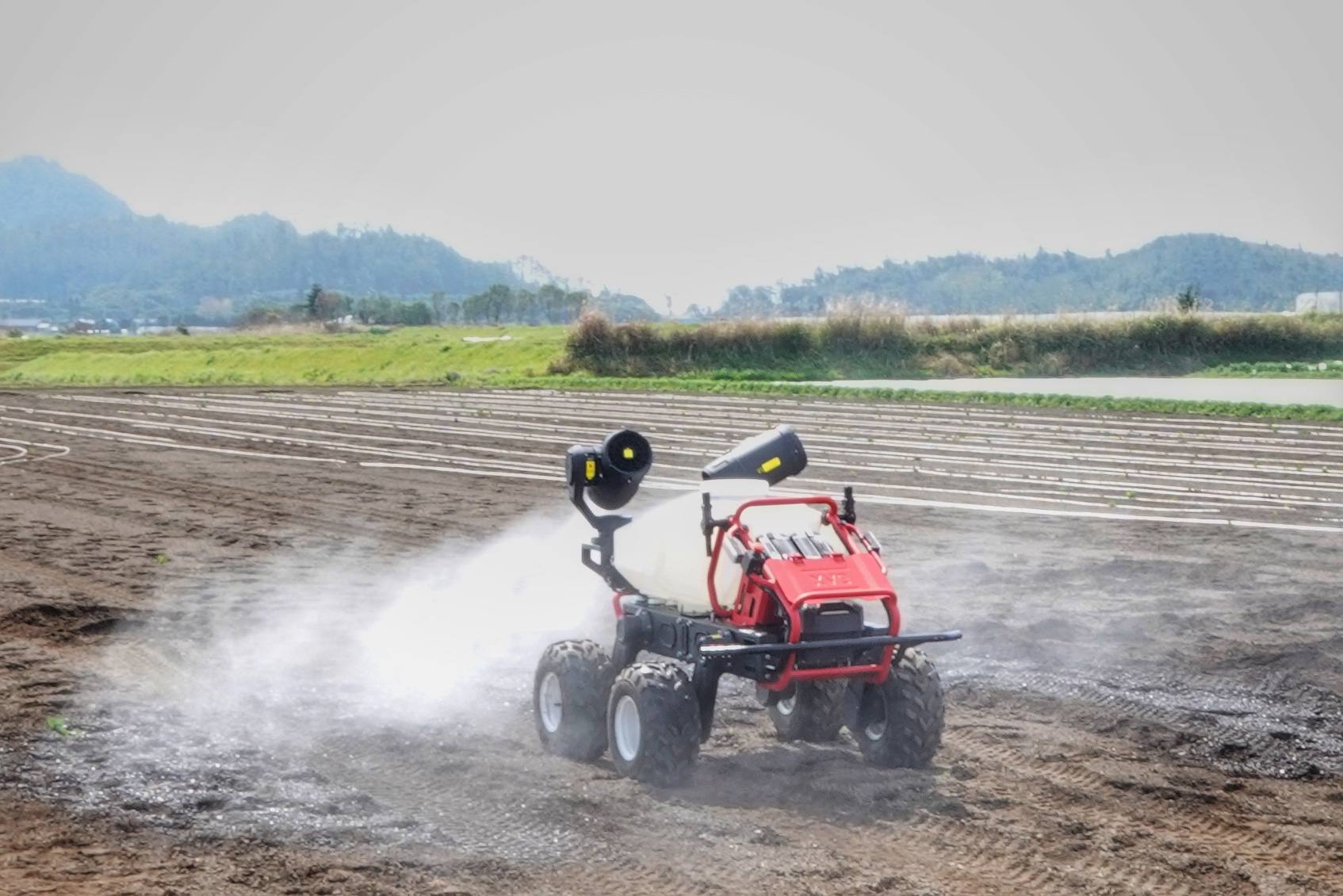 Since 2019, the Japanese government has decided to raise its national export goal of agricultural, forestry and fisheries products and food to $19.28 billion dollars in the year 2025 and $48.21 billion dollars in 2035. These target numbers set a higher demand to speed up the transformation of Japan's agricultural production system.

However, the decreasing agricultural workforce and loss of pollinators have become two major challenges facing the production of fruits in Japan's aging society. The number of births in Japan has marked the lowest level on record, while the average age of farmers has reached over 60 without young successors. This reveals a huge untapped space for drones and robots as fresh blood to replenish.

After a series of nationwide demonstration across Japan, XAG R150 unmanned ground vehicle has been ready for sales to the public from June this year. This summer, XAG agricultural drones will be joined by the ground robots to bring higher level of automation on food production. And Japanese farmers would be further empowered to become the real managers of their own farms.