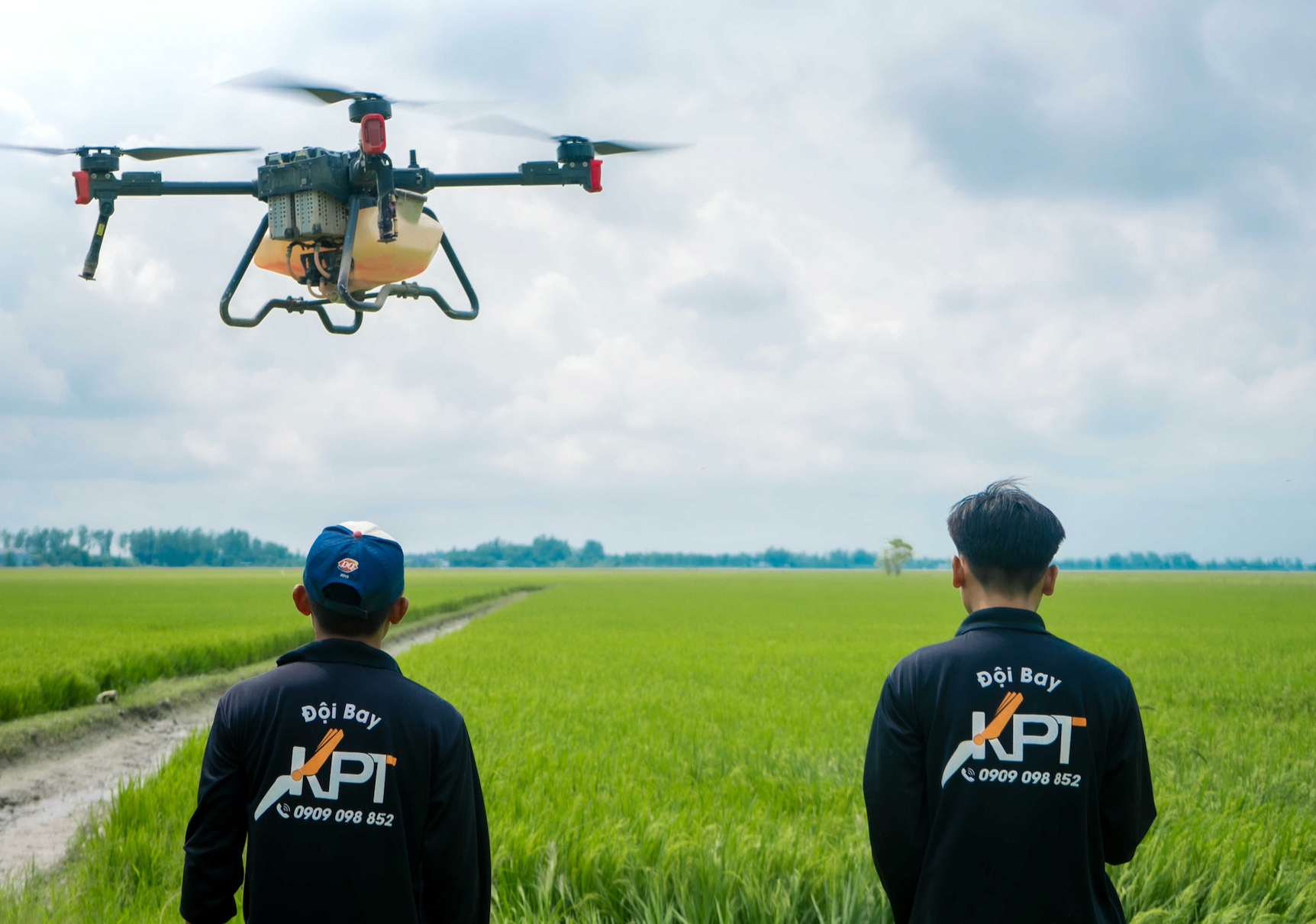 When global food supply is now under strain, Vietnam as a major rice exporter becomes the strong mainstay to meet the world’s growing rice demand. Drones had been introduced to Vietnam’s rice farming years ago. But not until recently that a rising number of farmers start to embrace this new technology.

What drive successful change is the release of XAG’s large-capacity drone that has pushed rice productivity to the next level. After XAG P100 agricultural drone landed on the fertile Mekong Delta, more rural youth are forming teams to challenge traditions on farm. The agricultural drone market is set to thrive and benefit rice export of Vietnam. 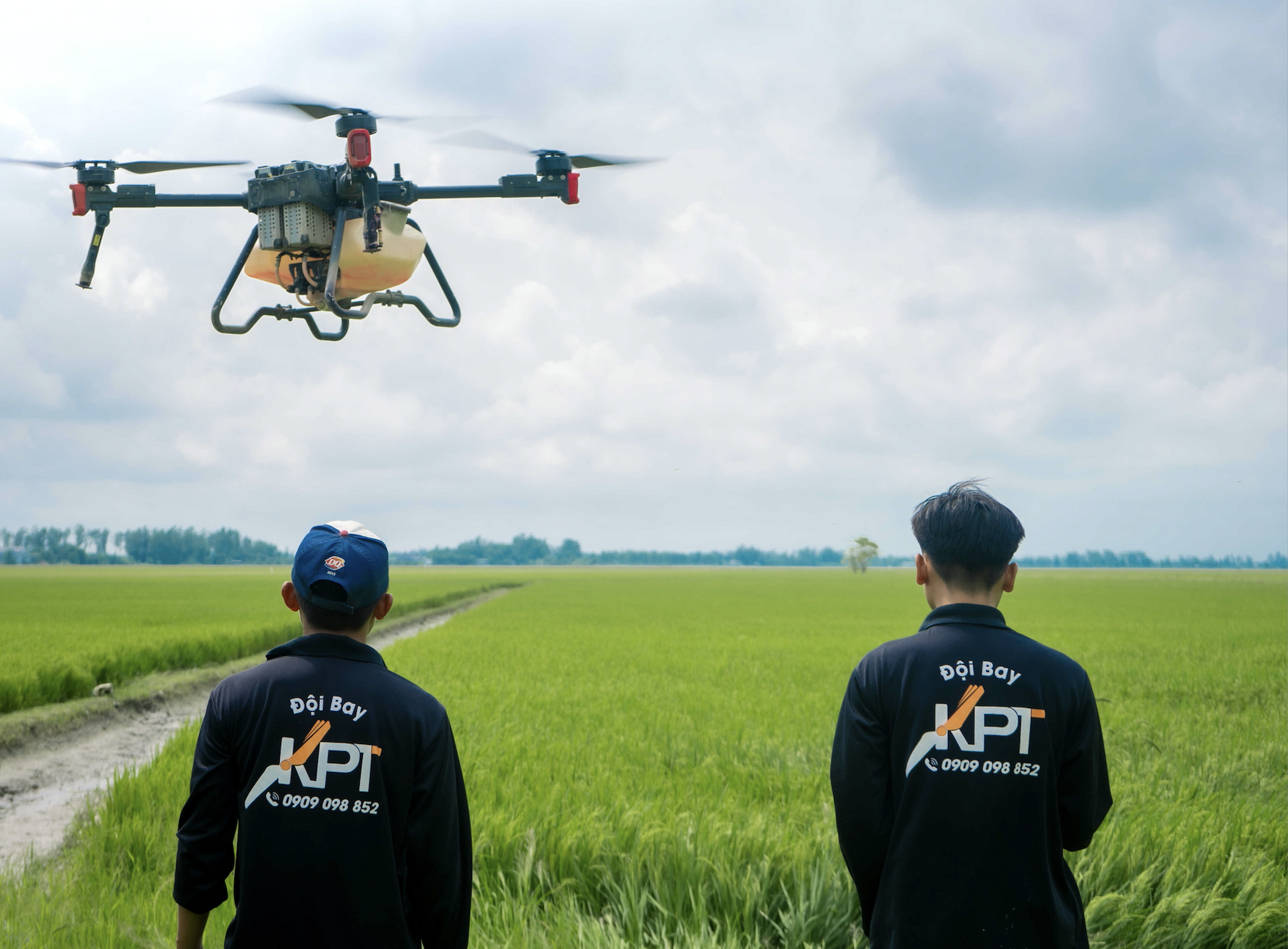 In Dong Thap Province, 35-year-old Le Quoc Trung has been busy teaching farmers to operate XAG drone since this July. He manages a business which is engaged in the sales, service, and training of agricultural drone. As the winter-spring rice season comes, Le is working hard to demonstrate the use of drone to family farms and cooperatives.

In the past, most farmers were unable to calculate the accurate amount of inputs or evenly distribute them in the fields. For example, rice seeding was mainly conducted by manual labor. Farmers must walk through the muddy rice field and spread seeds by hand, which was inefficient and lack precision. This also led to waste of seeds that could add to the cost of production.

Nguyen Van Dung, owner of a 4-hectare rice farm, has cooperated with Le on introducing XAG’s drone. Due to the rising labor cost and soaring fertilizer price, the profit he earned previously from rice growing had been unsatisfying. Therefore, he invested in drone services to spray pesticides, spread manure, and broadcast seeds. 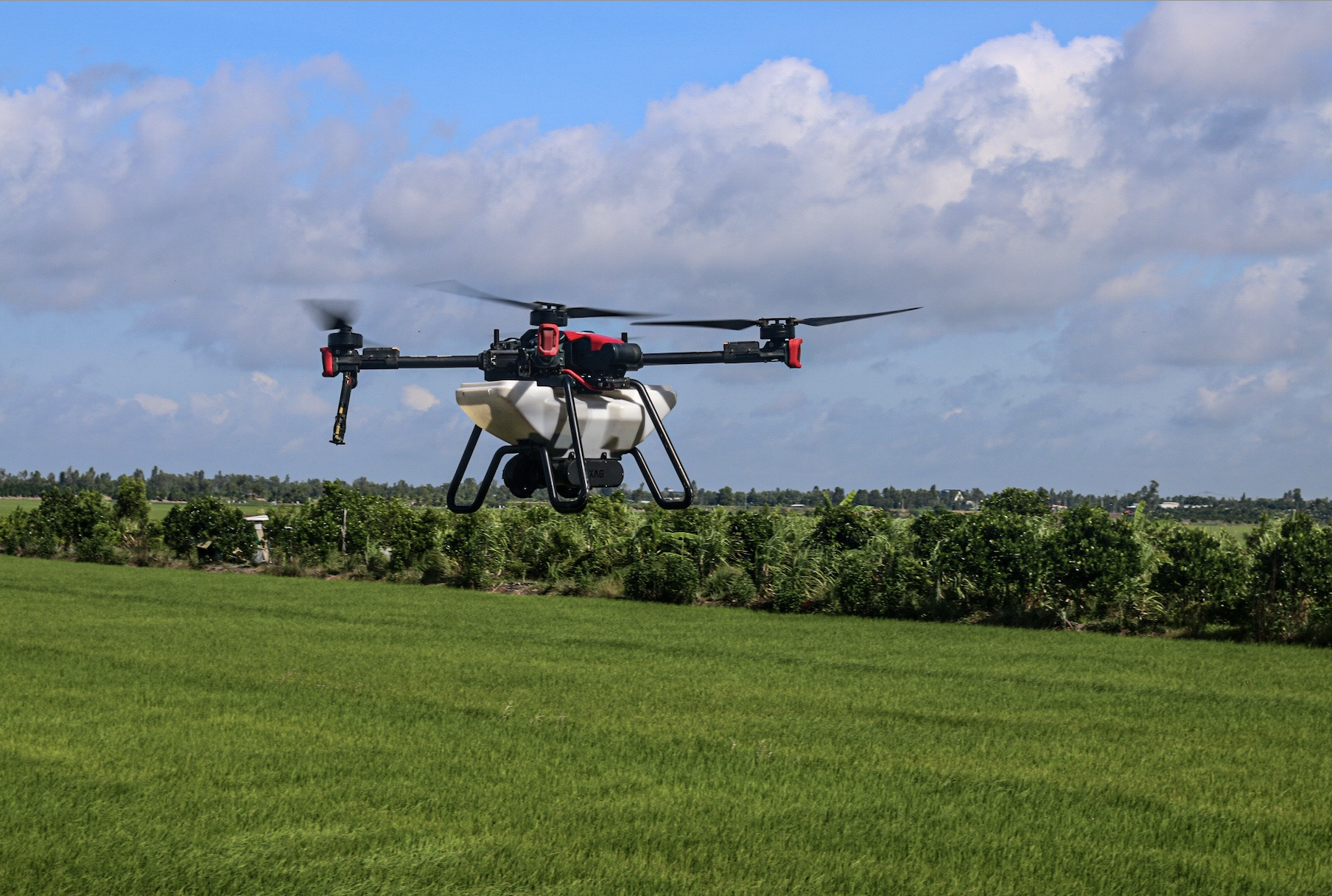 An XAG P100 drone equipped with spreading module was under mission

Standing beside Nguyen’s rice field, Le carefully inspected an XAG P100 agriculture drone that was ready for fertilization. The drone took off via a few clicks on smartphone, and then it automatically followed the preset route to spread fertilizers. According to Le, the drone has saved one third of the rice seeds and reduced chemical use by 30%.

During the harvest, Nguyen also found that his farm marked a significant increase in rice yield from 6500 kg/ha to 8800 kg/ha. "The P100 drone gives very good results because it can prevent or treat pests more quickly and accurately. It has helped me improve output by 13.5% and reduce 30% cost. Having this technology on farm is a promise to high productivity and a better income, “said Nguyen. 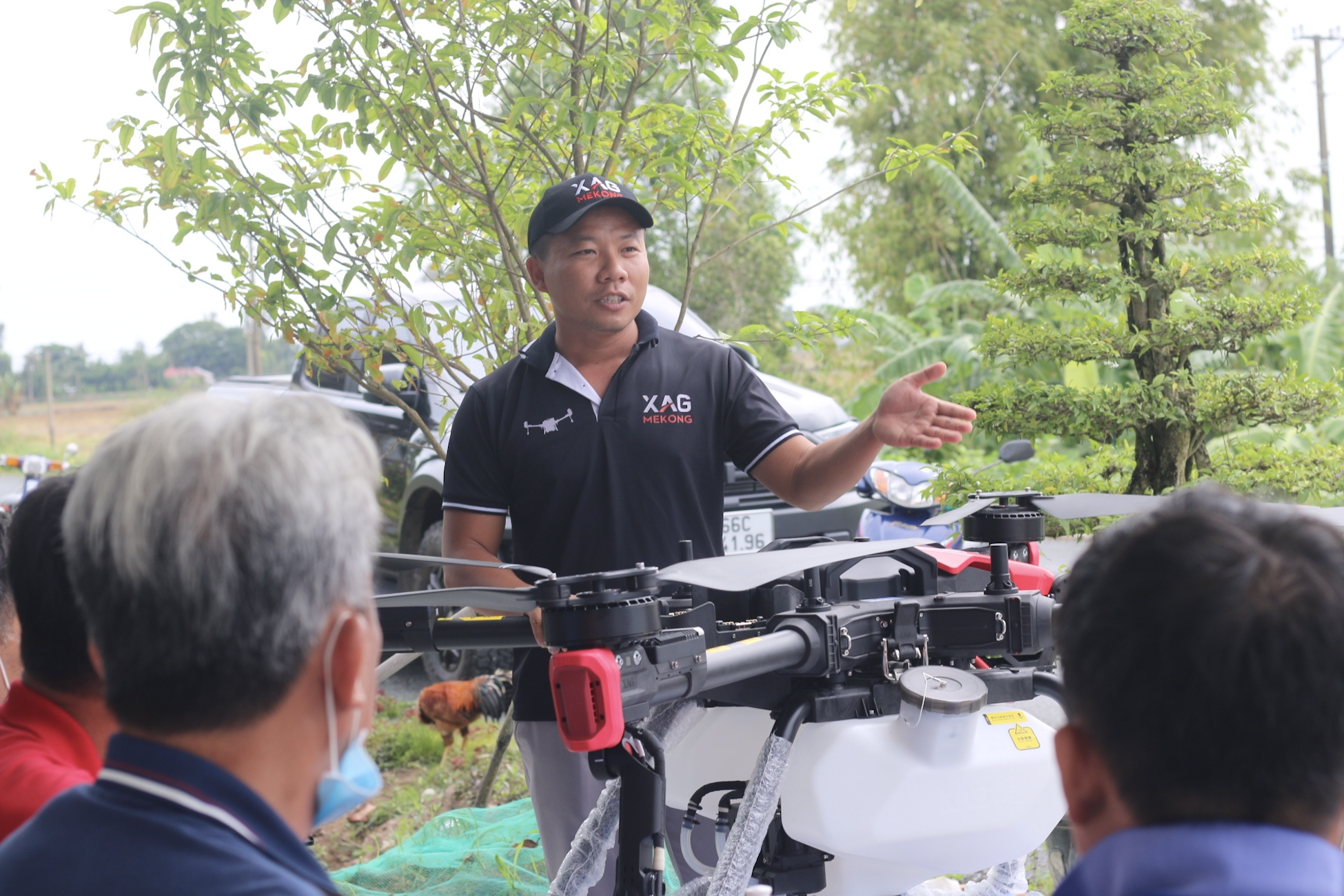 The detachable design of XAG P100 is unique on the drone market, which enables easy switch between spraying and spreading. The 40 kg large payload allows it to carry more liquid or granule, capable of serving a larger farmland on each take off. These are key levers of this drone to fit Vietnam farmers well on the rice paddy.

Le said that drone sales and service order have increased significantly after the introduction of XAG P100. Since 2015, when XAG launched the first crop protection drone in China, Le Quoc Trung has followed its development and become a forerunner to promote agricultural technologies. By the efforts of young people like Le, drone is reshaping Vietnam’s agriculture that will produce clean and safe food for global export.