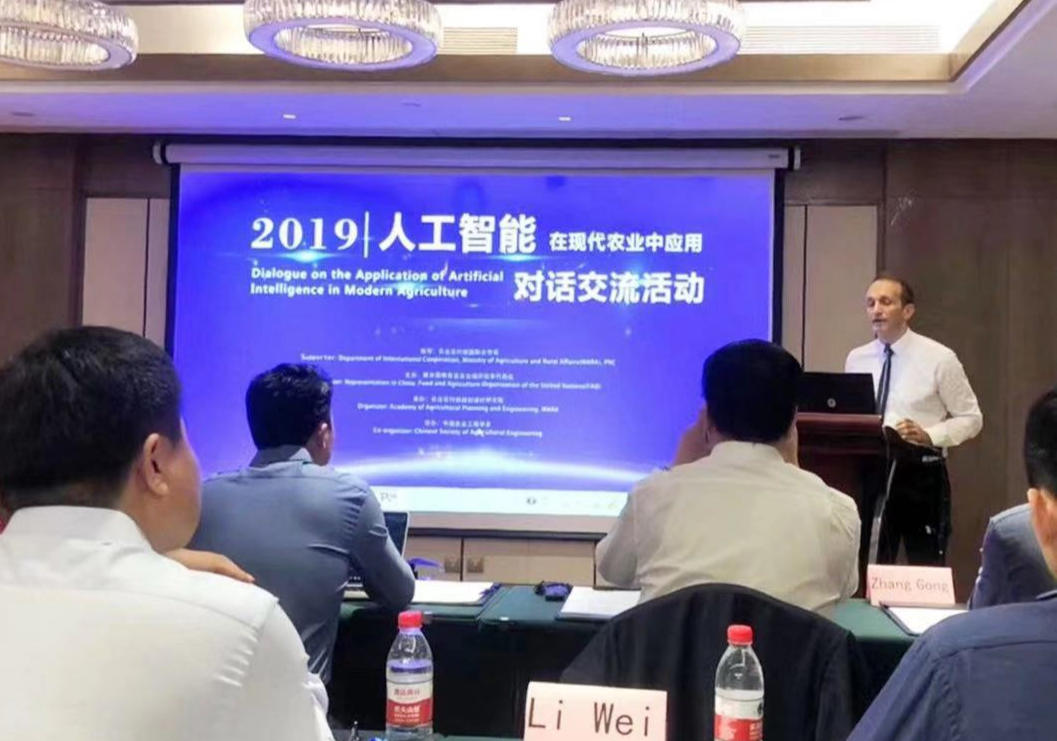 September 23, BEIJING – 2019 Dialogue on the Application of Artificial Intelligence in Agriculture, sponsored by Food and Agriculture Organization of the United Nations (FAO) and Chinese Ministry of Agriculture and Rural Affairs, was recently hosted in Beijing to bring government officials, agricultural experts and business leaders for discussions on the AI-driven agricultural revolution. Vincent Martin, FAO Representative in China, and Zhang Hui, Director of Chinese Academy of Agricultural Engineering, attended the conference to facilitate conversations between different countries. 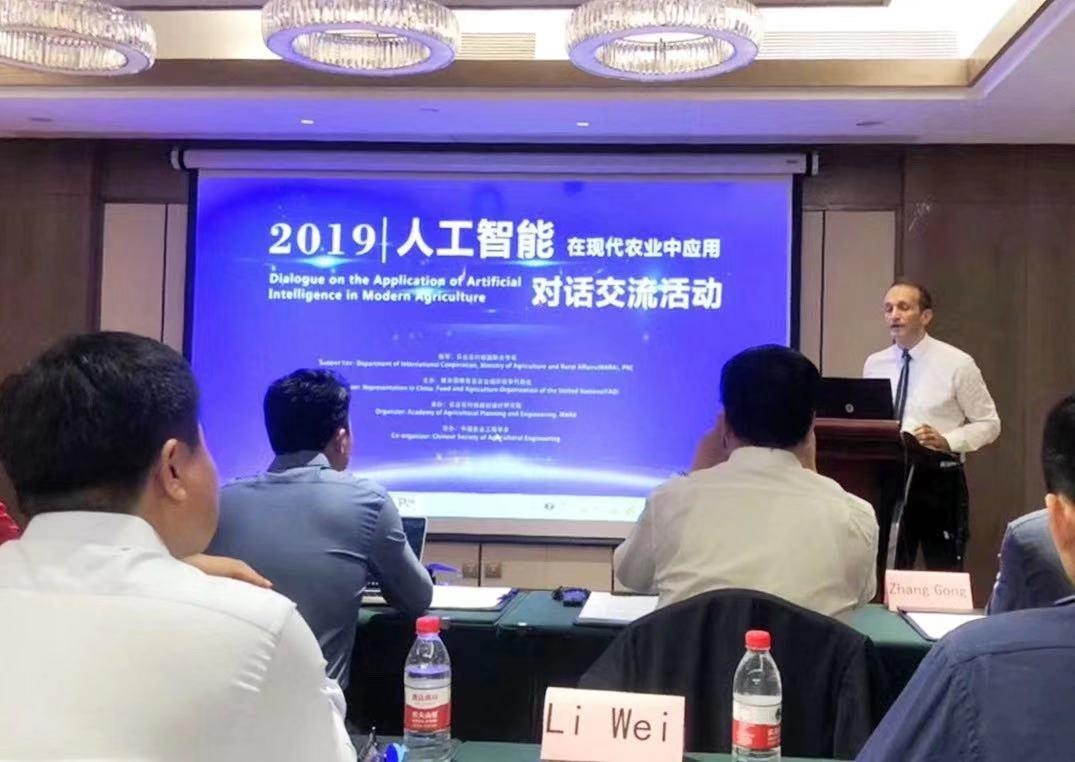 Having provided Unmanned Aerial System (UAS) crop protection service on 20 million hectares of farmlands, XAG has joined the conference to share its enriched experience on scaling up agri-tech in less developed regions.

Founded in 2007 in China and tapping into the agriculture sector in 2014, XAG has empowered smallholders with precision agriculture technologies, such as drone, Artificial Intelligence (AI) and Internet-of-Things (IoT), to break topographical limitations and unleash their potential productivity. The application of new technology is the key to improving global food security, ending poverty and reversing environmental degradation. 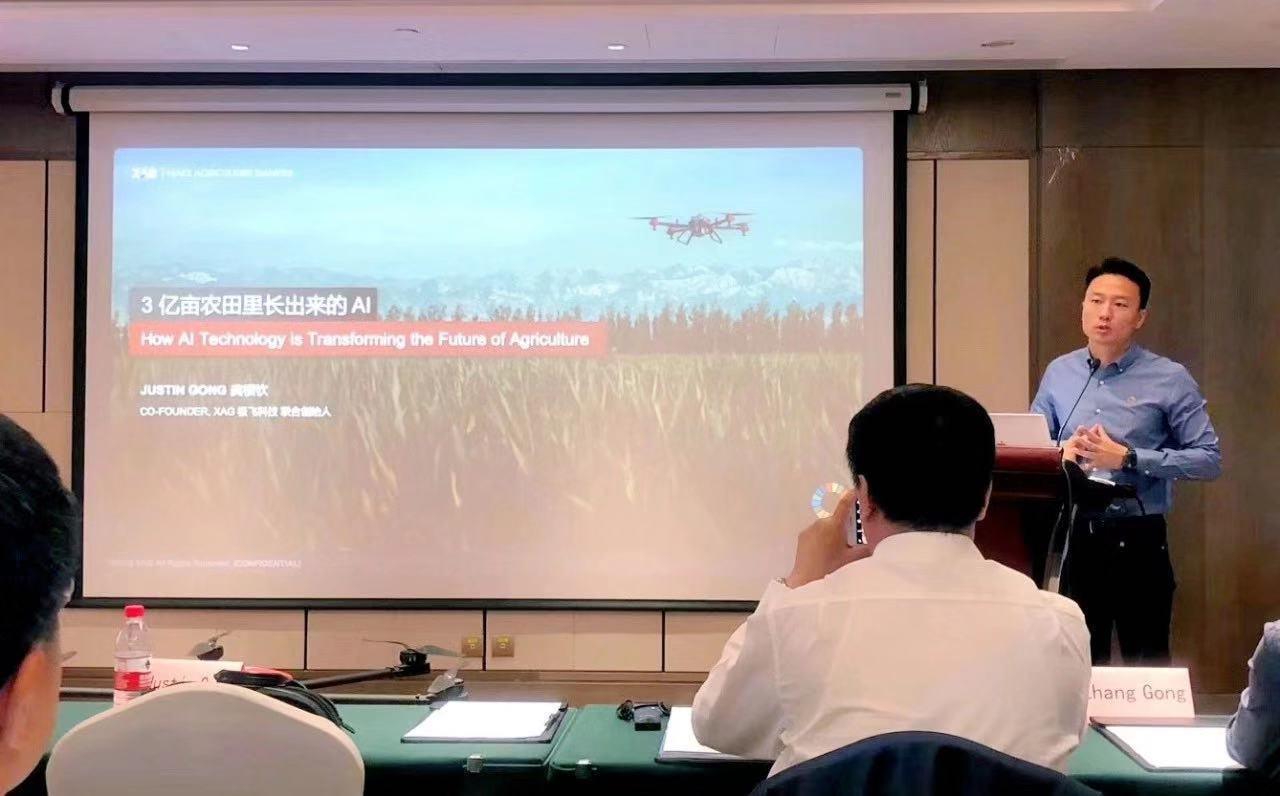 Justin Gong, Co-founder and Vice President of XAG, said in the conference that business model transformation and continuous government support are two of the biggest driving forces behind China’s rapid development of smart agriculture.

Through the adoption of smart farming devices and agriculture intelligence, the traditional agrochemical businesses and agricultural service providers can conduct safe, precise and cost-effective crop protection service to smallholders who were severely disadvantaged due to the lack of advanced technology. In the meantime, the local government consistently subsidises intelligent agri-machines while supporting the construction of digital agriculture infrastructure, such as centimetre-level RTK navigation system, to standardise farming automation and enable high precision agri-services. This helps to accelerate the pace of technological penetration into China’s main rural areas. 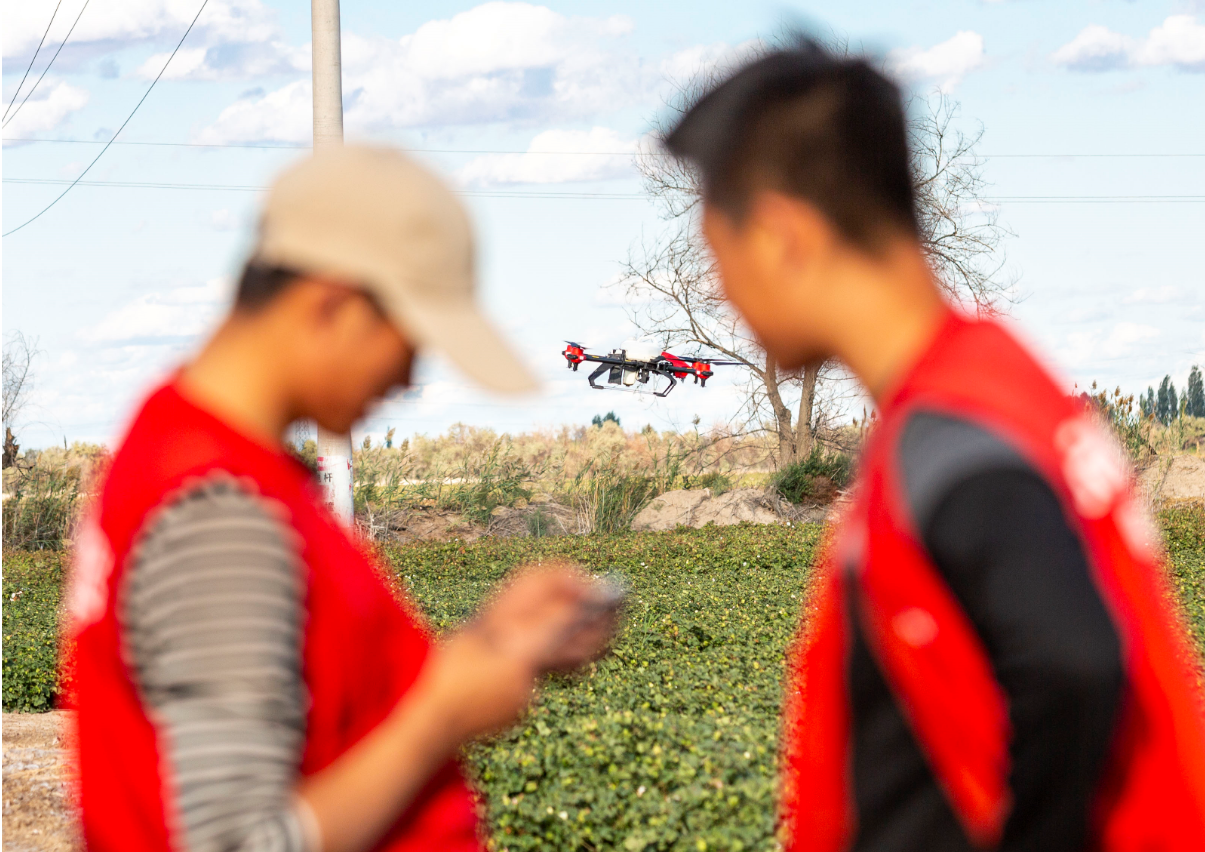 In addition, Gong has emphasised the vital role of AI as a great equaliser in closing the gap between rural and urban areas. When AI converges with drone, 5G and cloud computing, farmers from all around the world, even the most remote regions, can have convenient, equal access to smart agriculture services.

During the past five years, the operational scale of XAG’s UAS crop protection service has exponentially increased to an unprecedented level. Up to mid-September, XAG has served 20 million hectares of global farmlands with its fully autonomous plant protection drones. While helping farmers improve their crop yield, XAG’s drones, intelligent sensors and AI engine have also been collecting an enormous amount of agricultural production data, including spraying volume, crop growth, field images, weather and soil condition, for feeding AI training.

XAI automatically identifies each of the fruit trees

For example, XAG Agriculture Intelligence (XAI) can accurately identify field boundaries, obstacles and fruit tree location, based on the high-resolution images captured by the survey drone. Then AI prescription map would be generated to enable Variable-Rate Application (VRA), which means that chemicals are only sprayed into where it is needed.

Artificial intelligence is also directly improving farmers’ livelihood by empowering them with the necessary financial resources to adopt new approaches. XAG has partnered with some of China’s biggest financial institutions to build an individual credit risk scoring system for smallholders. Based on the digital production records generated by drones or intelligent sensors, insurance companies and financial institutions can quantify farmers’ agricultural behaviours and therefore approve loans and claims to those without credit card or collateral.

When artificial intelligence is no longer limited to urbanites and gradually takes root in the rural areas, China’s smallholder economy would gain its vitality back and be able to meet consumers’ increasing needs for food diversity.

The report results in this Dialogue, such as XAG’s application of AI to increase cost-effectiveness in agricultural production, will be compiled as helpful reference for other developing countries and FAO affiliates.