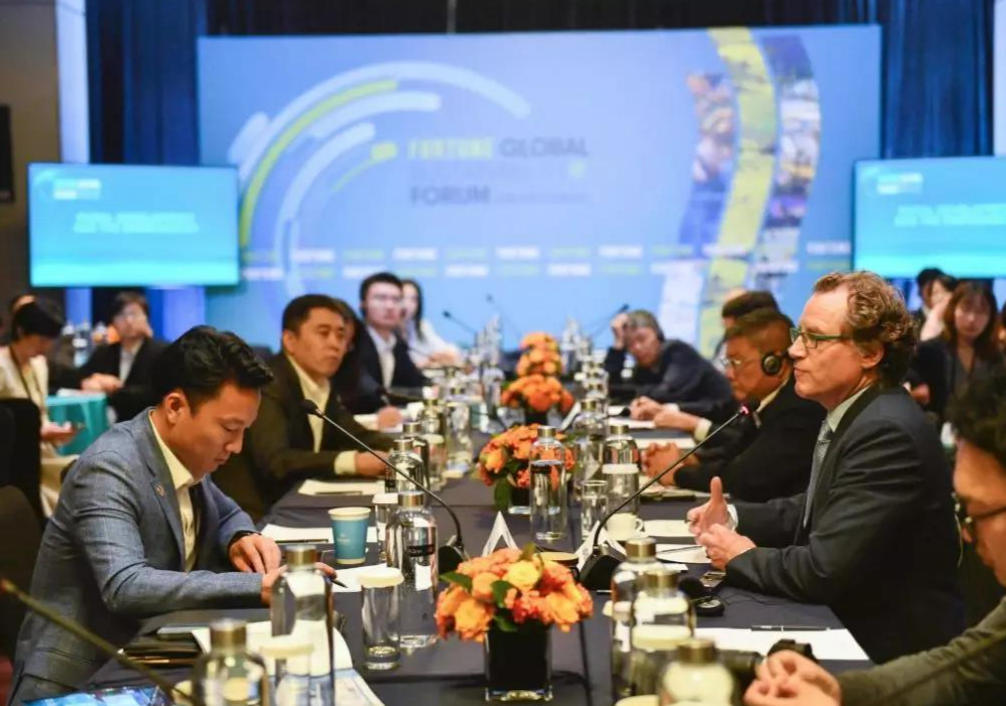 September 6, YUNNAN – XAG has been invited to attend the inaugural Fortune Global Sustainability Forum, held from September 4-6 in China’s Yunnan Province, to explore cutting-edge thinking and innovative solutions for the growing environmental problems. This three-day summit has convened senior leaders from Fortune 500 companies, government, NGOs, academia and other pioneering business to forge new environmental consensus through the convergence of energy, technology and sustainability. 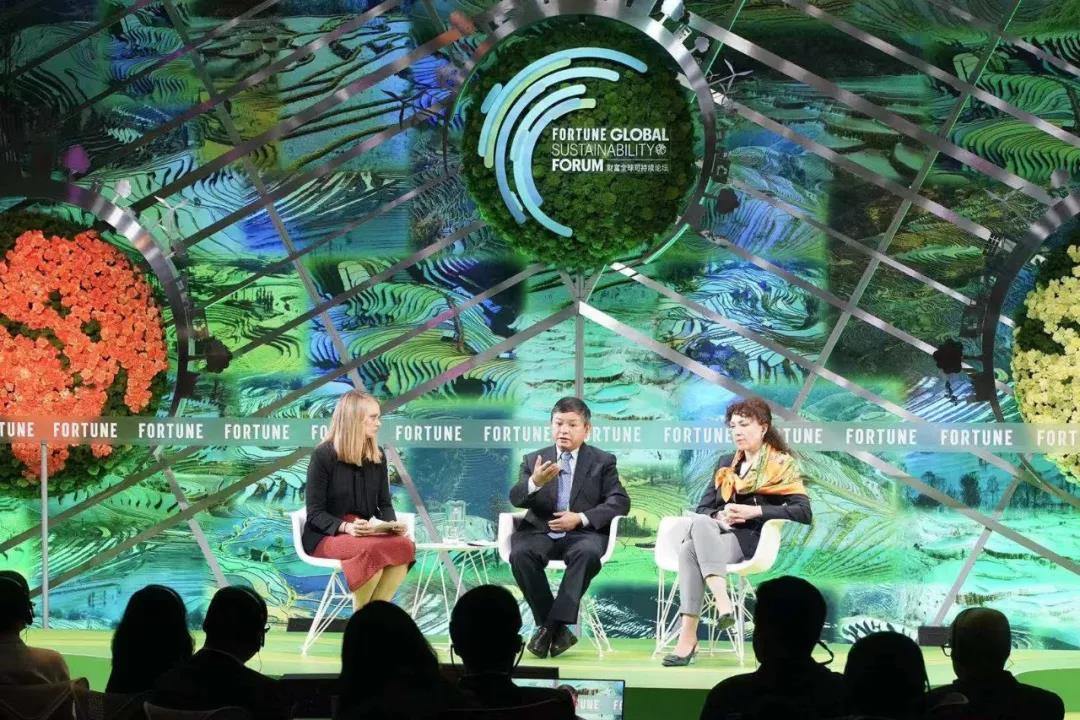 As a representative of agriculture technology company and the only drone manufacturer at this year’s forum, XAG, together with Nature Conservancy, CreditEase, WildChina and Yunnan Poverty Alleviation Office, presented key insights that falls under the theme Rural Development and the Environment. The leaders have agreed on the important role of new technology in alleviating poverty and boosting rural development without exerting environmental pressure on the planet.

Empowered by Tech, the Upcoming Paradigm Shift in Agriculture

From Justin Gong, Co-founder and Vice President of XAG 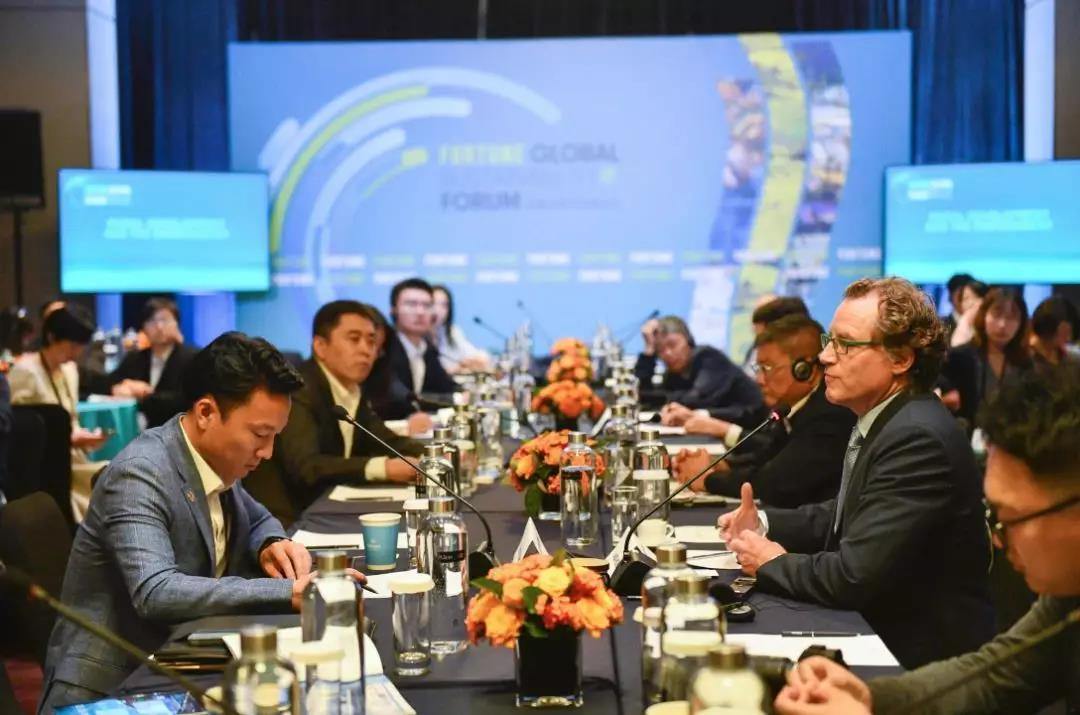 During the past five years, XAG has actively engaged in Chinese rural development through empowering smallholders with advanced technology that was once beyond reach. In collaborative efforts, the company has established digital agriculture infrastructure that covers China’s main rural areas and developed automated smart devices, such as drones, intelligent sensors, robots and artificial intelligence, to elevate agricultural productivity. Also, precision spraying technology is helping farmers grow high-quality produce with reduced use of pesticide and agricultural water.

Speaking at the forum, Justin Gong believed that China is about to embrace an unprecedented paradigm shift in digital agriculture. “Smallholders will play a leading role in this technological revolution. With increasing adoption of new farming tools, they are unleashing huge productivity and agility to the ever-evolving consumer market,” Gong said. 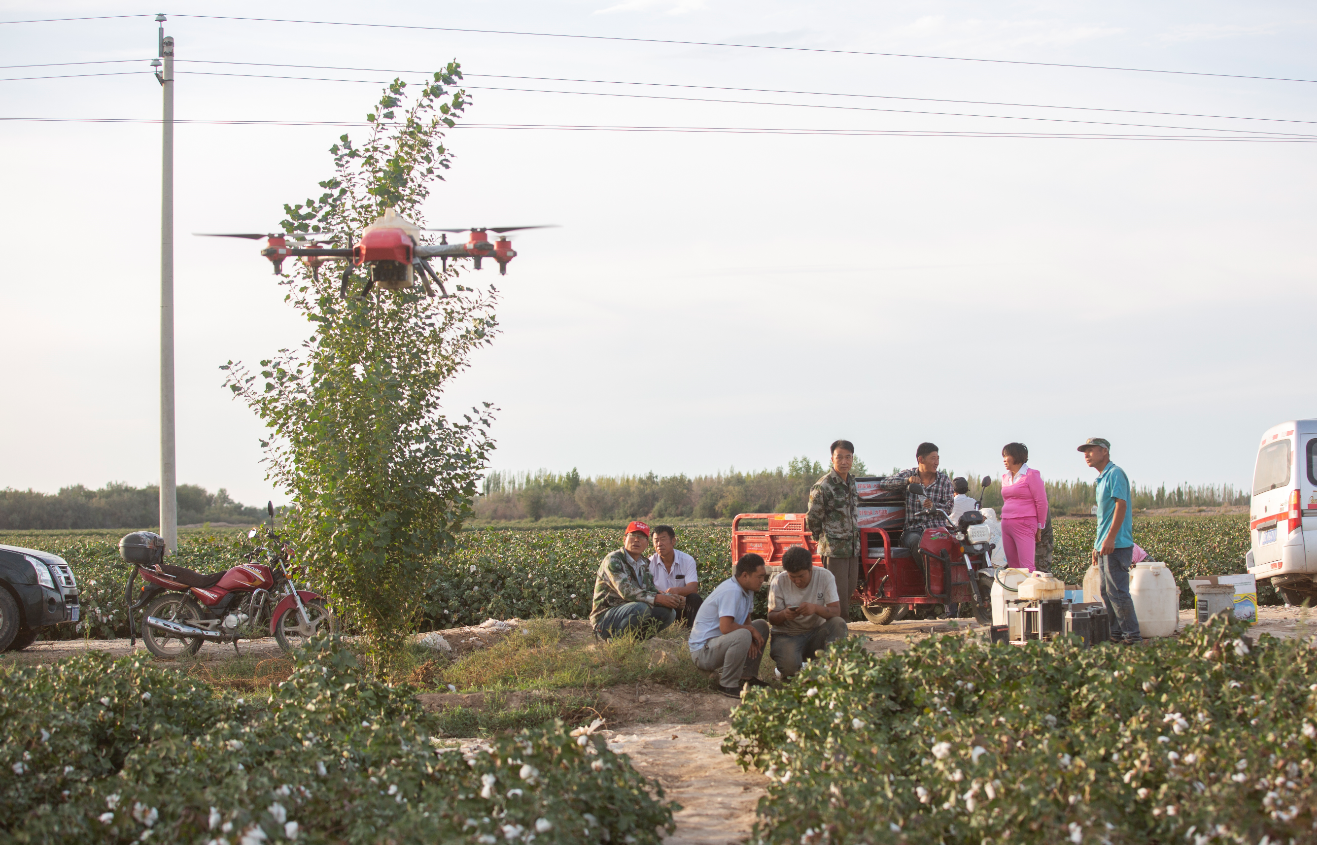 While automation and precision agriculture technology are helping smallholders achieve competitive advantages through improved quality and lowered production cost, the convergence of new finance and digital technology would further increase farmers’ purchasing power. Specifically, when the agriculture production process is digitalised to enable a transparent, traceable food value chain, the finest producers can obtain timely positive feedbacks from the market and hence charge a premium price.

From Justin Gong’s perspective, the rest of the world should keep up with the changes happening in China’s rural community. “The upcoming paradigm shift will not only transform Chinese rural economy but also disrupt the global agricultural trade pattern,” he said. Growing more with less through the application of smart technology, precision agriculture would substantially cut down carbon emissions and shrink ecological footprints. Meantime, the tech-powered smallholder economy, compared to scale farming, can better safeguard the earth’s biodiversity and create a climate-resilient future for sustainable rural development.

From Tang Ning, Founder and CEO of CreditEase 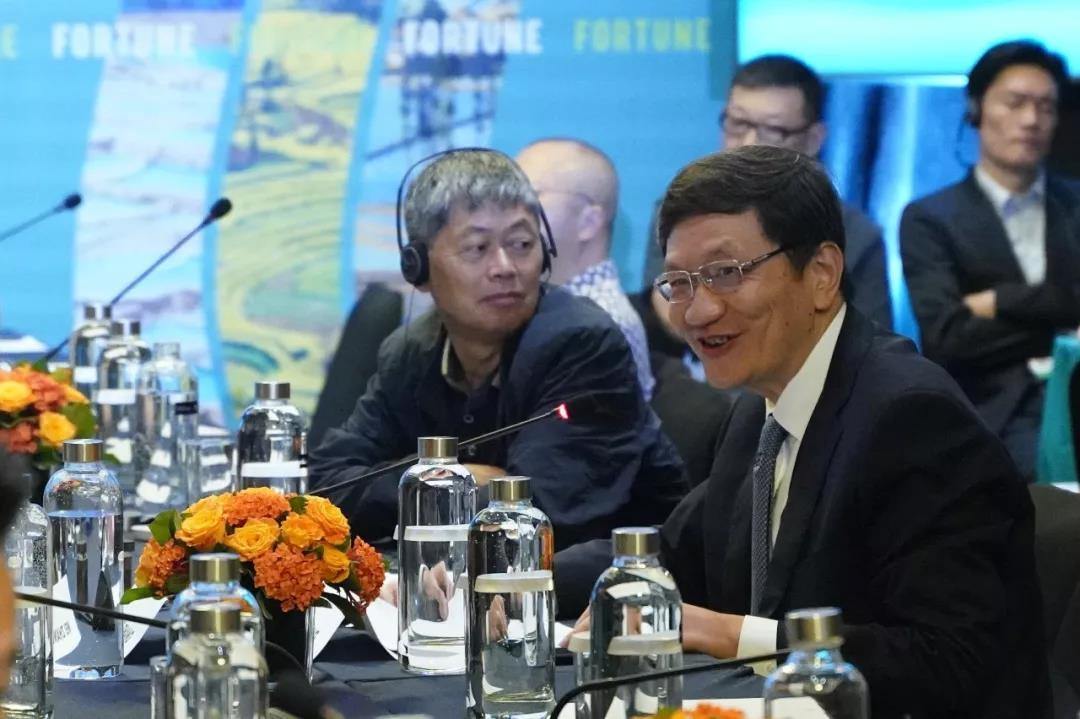 In most developing countries, smallholders might hardly make ends meet on their lands due to the lack of financial resources to adopt new tools and approaches. According to the World Bank and the Mastercard Foundation, 65% of the world’s poor working adults are farmers whereas only a quarter of their USD 200 billion financial needs has been met.

Tang Ning explained how the company has helped farmers create value and unlocked agricultural growth through financial inclusion. The first thing is directing investments to support innovations in agriculture, so that the game-changing technologies can have full momentum to scale up and serve more farmers with practical solutions. As for the farmers, based on their personal credits that have been gradually digitalised, they can have equal access to advanced production tools and resources. “For example, more and more smallholders have utilised our platform to rent crop protection drones through micro leasing,” Tang said.

Assisting the richest with long-term wealth investment is also critical to releasing more capital into the agriculture sector. According to Tang Ning, China currently has 2 million high-net-worth individuals with a total asset of over RMB 100,000 billion. “If these people take 1% assets out of their pockets for investment or benevolence, we would have RMB 1000 billion injected into agriculture. This can definitely accelerate China’s rural development as well as cultivating the next-generation of entrepreneurs,” Tang explained. 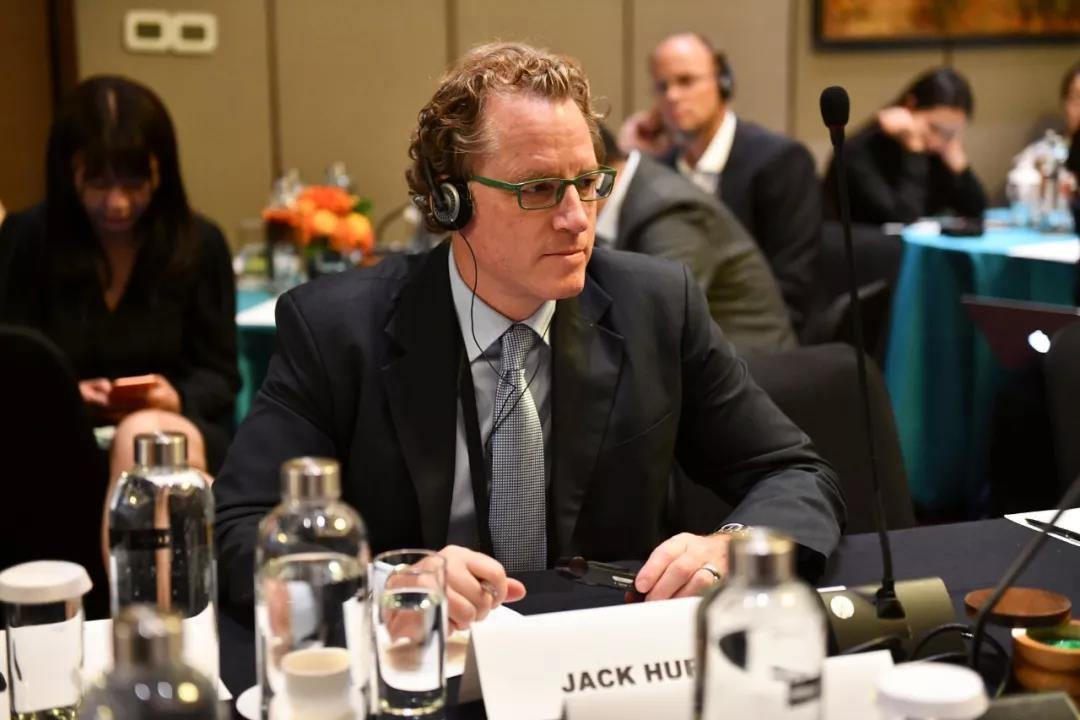 The wildfire raging the Amazon rainforests has recently been the focus of global attention. An intensively debated question has been raised on how to reconcile the local needs to clear lands for agriculture with the urgent pressure to preserve the forests.

Jack Hurd provided a different perspective to view the Amazon issue. “Wildfire happens every year in Brazil and other forested countries such as Indonesia and Australia. Fire is an integral part of the forest ecosystem,” he said. The high profile of the Amazon issue is largely attributed to an increasing number of media coverage, which has been particularly adept at generating interest and awareness by certain groups of people.

Despite the social buzz, human activities, such as clearing lands for farming practices to escape poverty, indisputably take much of the blame for exacerbating the fire problem. “This is the burning season, and there’s not much that can be done immediately,” Hurd said. But in the long term, to preserve the world’s greatest natural resources, five measures should be addressed and incorporated into the rural development strategy.

The top priority is to get a true sense of the worth of the Amazon rainforest, by evaluating its effects on oxygen supply, biodiversity and rainfall pattern from both economic and environmental perspectives. The resource evaluation should then be built into national decision making by the Brazilian government. “The second thing is land use planning. Clear decisions should be made on which lands will be protected, sustainably managed or converted for agriculture or other purposes,” Hurd said. 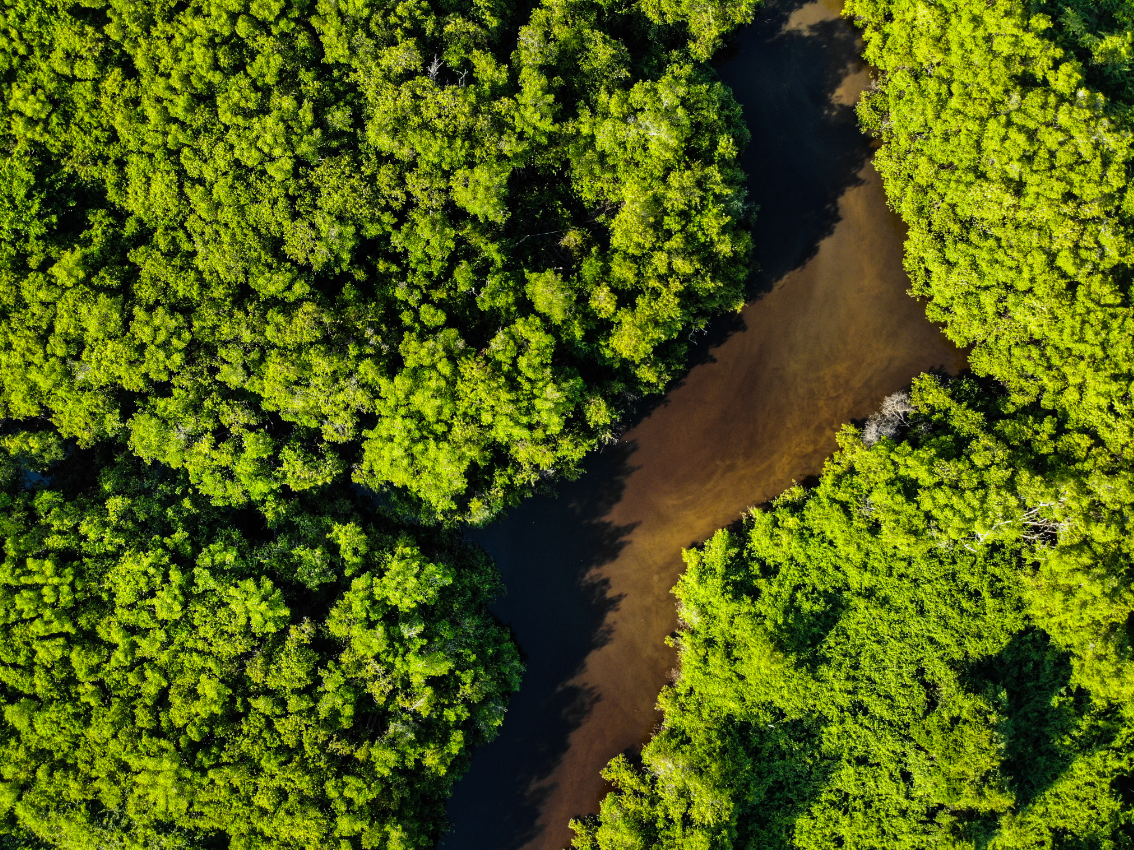 An effective governance system and the best management practices should also be customised and put in place to maximise returns on land without further destruction on the rainforests. “And the final point is to find someone who are willing to pay for it through various financing mechanisms,” Herd suggested. This must be done by directly communicating the true value of the Amazon to individuals who take this issue seriously.

The Fortune Global Sustainability Forum has also addressed China’s anti-poverty efforts and the country’s targeted poverty alleviation strategy. Yunnan, mostly covered by mountainous areas, is one of China’s poverty-stricken regions. “Due to geographical limitations, Yunnan’s infrastructure construction has substantially lagged behind, and this has resulted in a large number of impoverished populations,” said by Yang Li, Deputy Director of Yunnan Poverty Alleviation Office.

Despite its treasure trove of natural and cultural resources, Yunnan was heavily dependent on one single industry, such as tobacco and tourism, to boost its economic growth. Zhang Mei, Founder of WildChina, suggested that Yunnan should reposition itself and establish more connections with the outside world to bring more talents back to the rural areas.