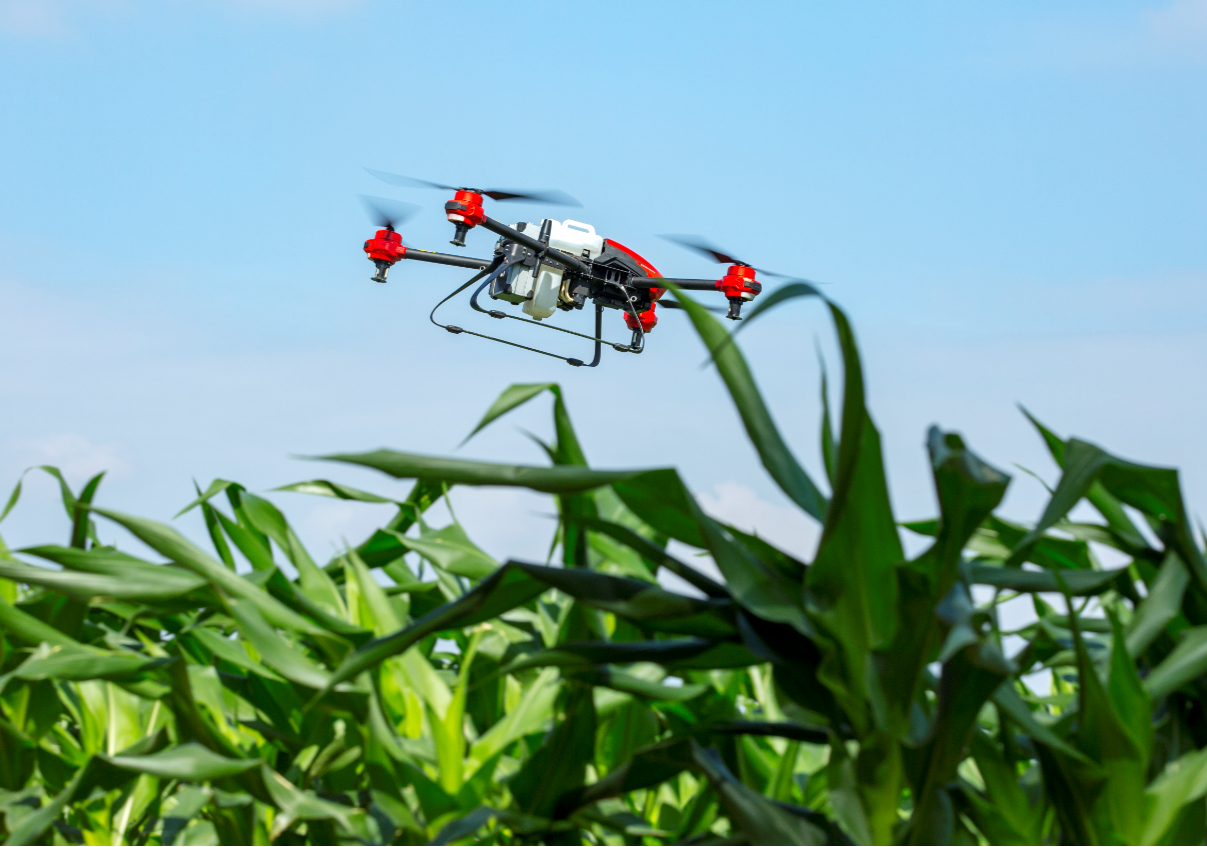 August 30, GUANGZHOU – Facing dreaded pest disease caused by fall armyworm, XAG is among the first to introduce fully autonomous drones in some of the most affected countries, such as Zambia, South Africa, Vietnam and China, to improve the control efficacy that has originally been limited to manual spraying. XAG has discovered that in the worst hit Africa and Asia, the absence of smart devices, the unique natural habits of fall armyworm and farmers’ lack of professional expertise have resulted in a rapid large-scale infestation.

Fall armyworm, a highly destructive pest species native to tropics and sub-tropics of the Americas, has aggressively invaded more than 100 countries and devastated million hectares of croplands since 2016. It is the ‘crop-devouring monster’ that attacks over 80 crop varieties but has high preference for maize. At its larval stage, it can cause great damage to leaf, stem and cob of the maize plant and munch the entire cornfield almost overnight.

When grown into a moth, this pest can fly up to 100km in one night and lay as many as 1,000 eggs during the lifetime. With strong migration and reproductive ability, fall armyworm crossed the Atlantics for the first time and landed on Africa in early 2016, then quickly spreading to most Asian countries since July 2018. As for Africa alone, the annual yield loss of the 12 maize-producing countries is estimated to reach up to USD 4.6 billion in 2018.

Fixing the ‘Crop-devouring Bug’ with Drone

Chemical control remains one of the most widely deployed methods to contain the spread of fall armyworm. However, most farmers usually resort to traditional sprayers and, in many cases, find the effect disappointing while exposing themselves to the hazard of pesticide poisoning. Manual spraying not only fails to meet the demand for a quick, emergent control over the ravenous, fast-moving fall armyworm, but also makes it difficult for pesticides to contact the hidden caterpillars because of uneven hand sprays. 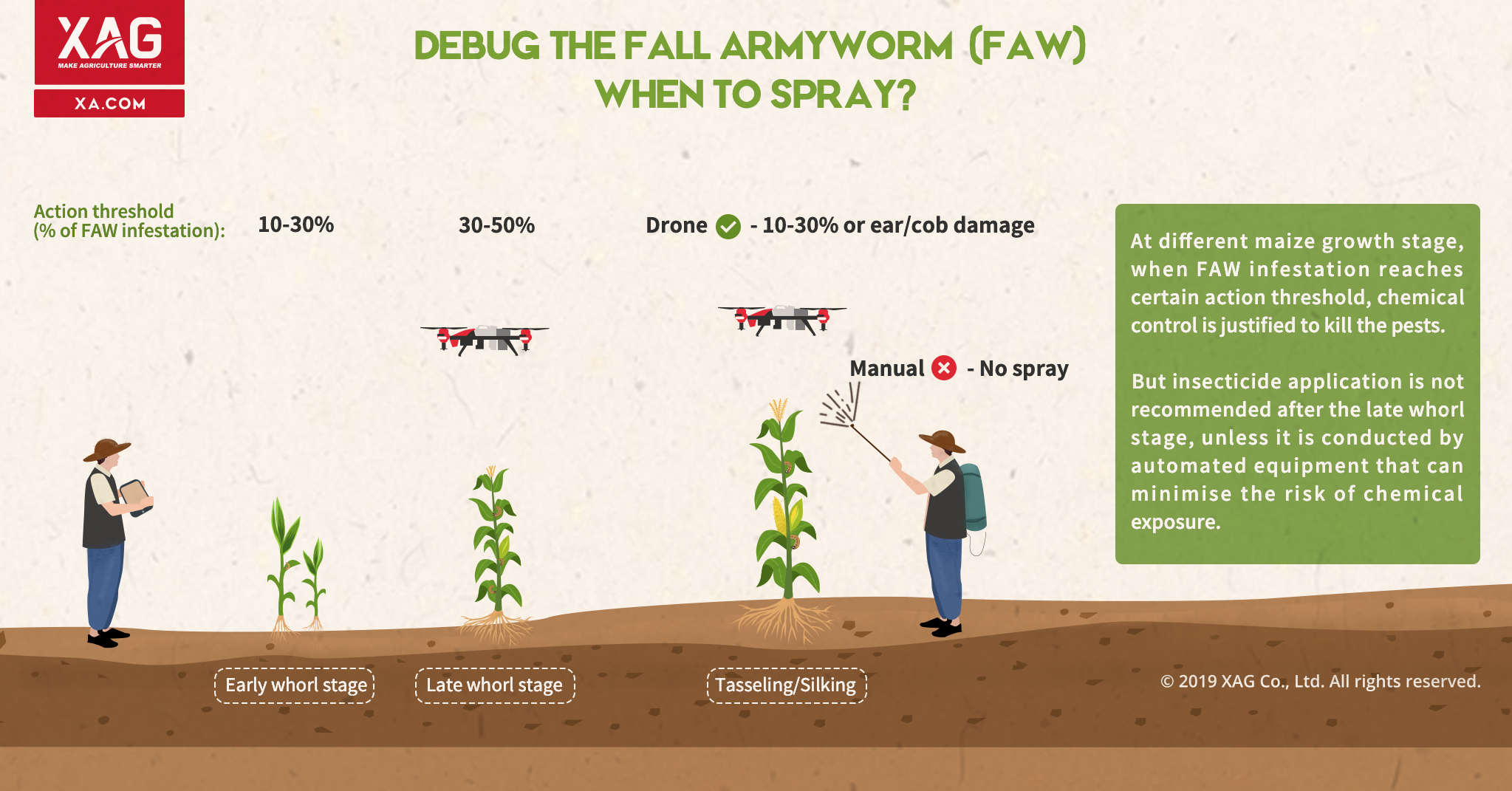 Recommendations on when to conduct chemical control

Given the situation, XAG’s precision UAS spraying solution can suppress the encroachment of fall armyworm in time, through effective large-scale emergency action involving minimal physical labour. Drone swarm operation can besiege the infested croplands and kill the pests en masse within a large area to reduce moth migration. And the drone can safely operate after sunset to crash down the nocturnal pests whose feeding is most active at night.

A special atomisation spraying mechanism, featured micron-level droplets and powerful downdraft, is designed to achieve uniform applications of ultralow-volume pesticides. Both sides of the leaves and the central part of crops, where the pests conceal themselves, can be more precisely targeted. This not only increases fall armyworm’s exposure to chemicals but also cuts down 30% pesticide use and 90% agricultural water. 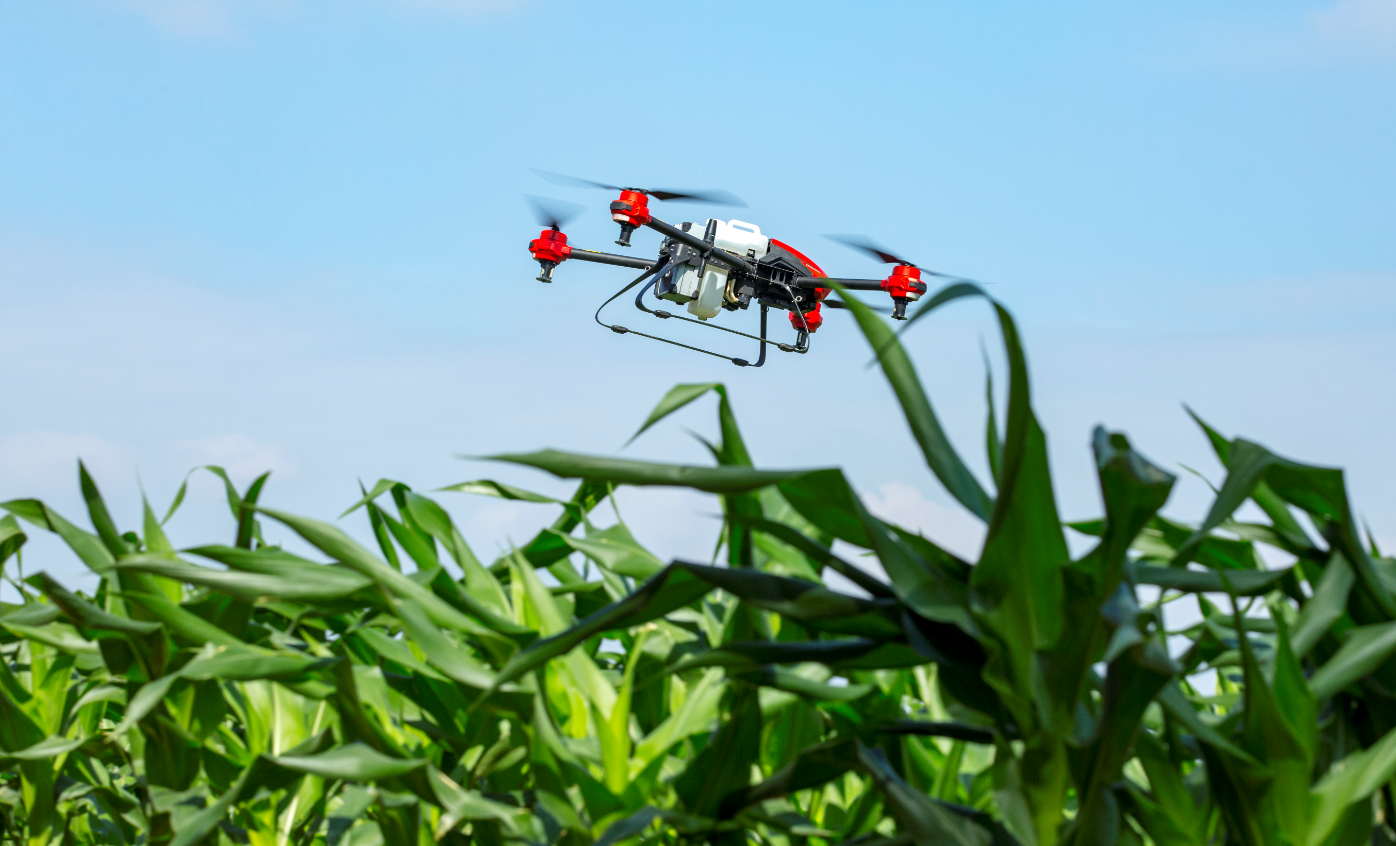 XAG has released an insight article about how drone application can help against the spread of fall armyworm. Link: https://www.xa.com/en/news/application/54 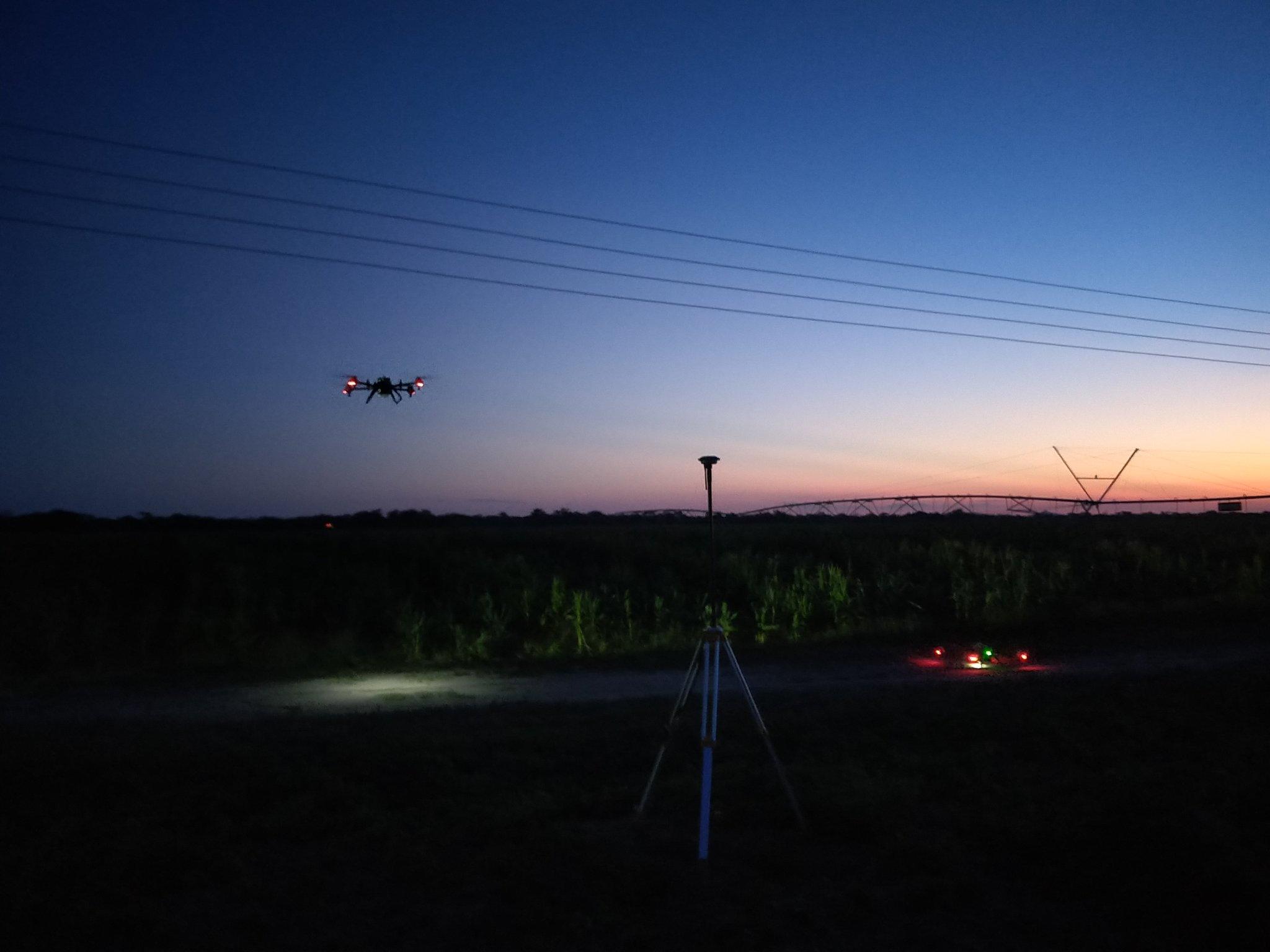 Later in China, where fall armyworm has rapidly made its way to over 21 provinces and infested nearly 600,000 hectares of farmlands, XAG has consistently worked with international agrochemical company, local distributors and government to provide well-validated chemical control based on precision UAS spraying technology.

For instance, in Guangxi Province, XAG and Bayer Crop Science initiated their first-ever emergency control this April to help local smallholders ward off fall armyworm on maize and sugarcane fields. Result showed that drones, loaded with low-toxicity synthetic insecticide, effectively killed the pests and achieved a larval mortality as high as 98%. 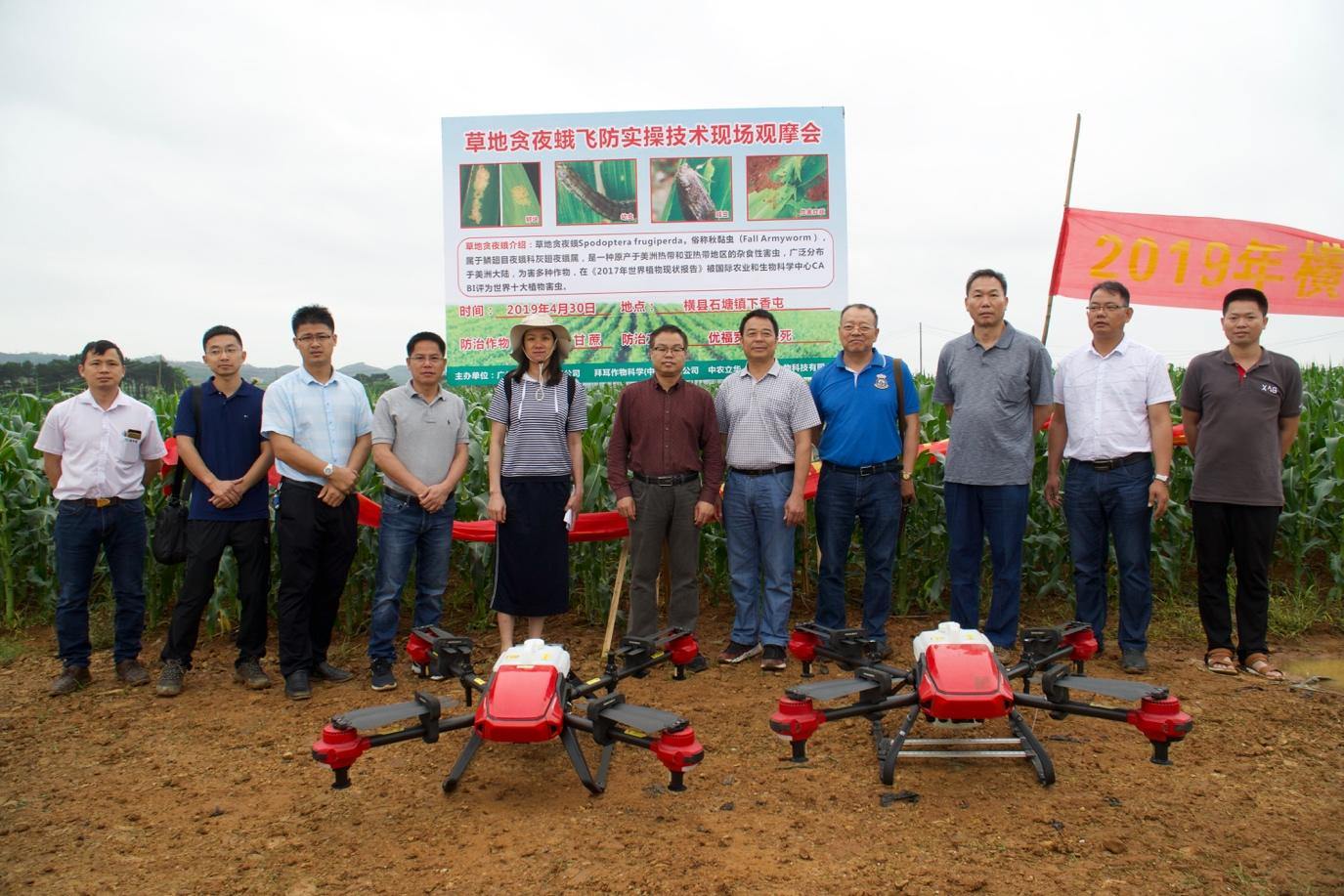 This July, in Yunnan Province, XAG’s local distributor, Qiushi Aviation Technology Company, assembled a team of professional drone operators and participated in the government-led operation with seven P Series UASs. The team has successfully managed pest damage to its minimum on nearly 270 hectares of croplands.