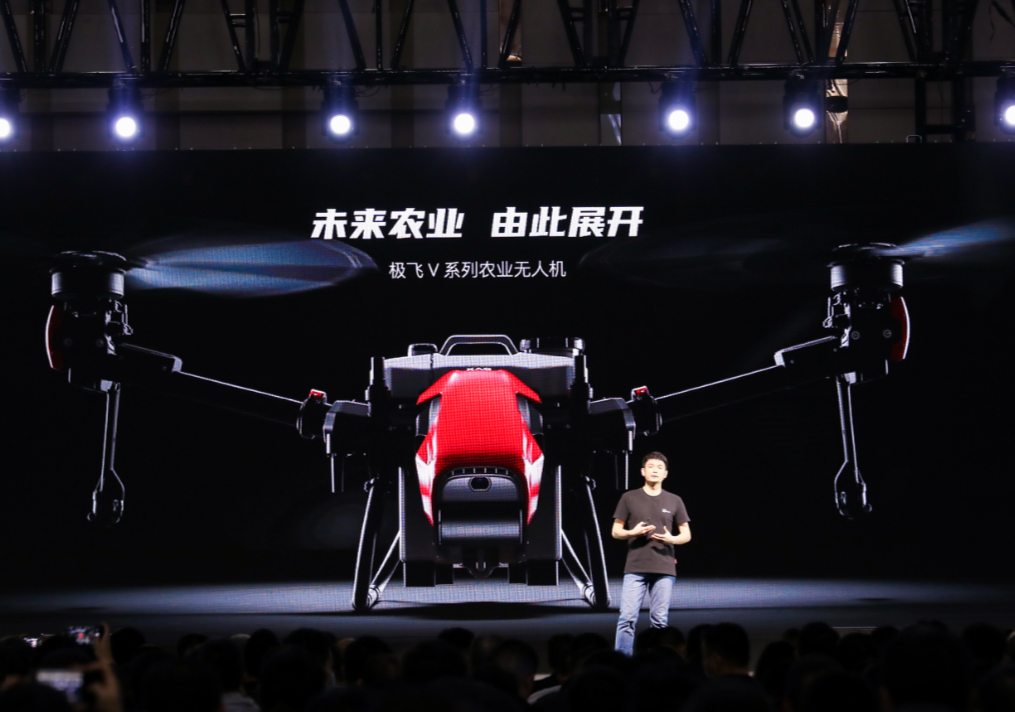 According to Justin Gong, Co-founder of XAG, as urbanisation in China continues to accelerate and reach over 65% by 2050, rural aging and loss of agricultural workforce might be eating into a food-secure future. “In face of these challenges, we need to leverage the power of agri-tech to reshape the agriculture and food system, bridging the rural digital divide and helping farmers yield a higher profit margin of producing crops,” he said. Users can control the new XAG P Series with a mobile app to collect high-definition field maps, distribute seeds, spread fertilisers, and apply pesticides, which in the past can only be realised by multiple tools. Compared with traditional crop protection drones, it substantially lowers the barrier to adoption and makes previously tedious, laborious farming tasks much simpler.

Specifically, XAG P40 Agricultural Drone is designed for smallholder farms where large ground equipment is costly and greatly restricted. Utilising the RevoSpray system that features rotary atomisation spraying technology, XAG P40 can support 20L smart liquid tank and cover 15 hectares of land per hour with even, precise crop protection. When toggling the RevoCast system, together with a 25L container, P40 can help farmers effectively deliver 2.4 tons of fertilisers or 1.6 tons of rice seeds in only one hour.

In addition, XAG P80 Agricultural Drone is developed to meet the needs of users serving a larger field area. It elevates drone capacity to an unprecedented 40kg and is able to cover 20 hectares of farmland in an hour with variable-rate spraying that protects crops from harmful weeds, pests, and diseases. This new launch can help medium-to-large farm owners address rural labour shortage when China is facing an accelerated speed of arable land transfer.

To unshackle human labour in all stages of crop cultivation, XAG has also fully tapped the potential applications of R150 Unmanned Ground Vehicle, by adding two new editions for large-scale broadcast and precision mowing. As the world’s first mass-produced agricultural robotic platform, XAG R150 debuted in China early this July with a wide range of capabilities, such as crop spraying, on-farm transport, and field monitoring. Thanks to the centimetre-level navigation network, farm workers only need to press a few buttons and this lightweight farm robot can operate automatically under precision control. Despite the rising land transfer rate, Chinese agri-sector is still characterised as smallholder economy where small size of land plots poses serious constraints to mechanisation. Besides, a considerable proportion of China’s farmlands is located on hills or mountains, creating a strong market demand for small-to-medium sized agricultural machinery with unmanned driving system.

For instance, the majority of rice fields are traditionally transplanted by hand, a manual process that is time-consuming while causing uneven seed distribution and lower crop yields. The broadcast edition of XAG R150 aims to resolve this kind of problem by offering large-scale unmanned spreading operation in open fields and orchards. When embarking on a 220L container and the RevoCast system, it can effortlessly deliver crop seeds, grass seeds, solids, organic fertilisers, etc. into the targeted areas. Another R150 mower edition, as opposed to the existing manual push mower, can provide users with a 5-time more effective method to combat the growth of weeds and enhance the ease of weed control. 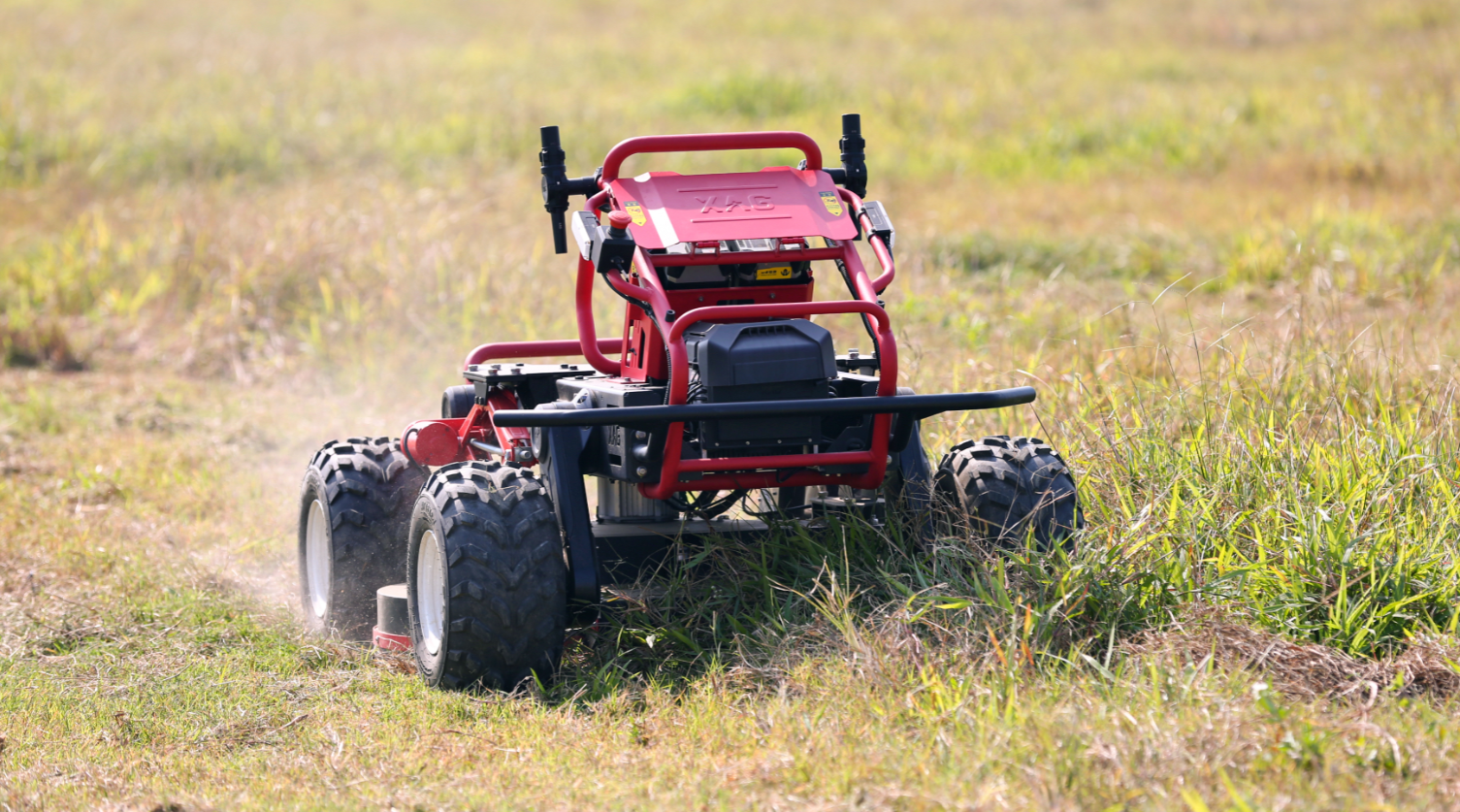 Through harnessing the principle of aerodynamics, XAG V40 can fully utilise its downdraft at 100% to make spray particle better penetrate into the leaves and plants. The effect of spray penetration increases by more than 2 times compared to that of the traditional crop-spraying drones. This means that it can minimise spray drift and avoid any overlaps or misses, uniformly covering a larger field area to limit crop damage and reduce grain loss.

Since XAG V40 also supports the RealTerra, RevoSpray, and RevoCast system, users can flexibly rely on one single device to either produce HD field maps, conduct direct seeding, or control crop diseases with less resources. When it comes to crop spraying, with 20kg capacity and 10 metre spray width, V40 can complete unmanned operations on a scale of 16 hectares an hour. Such efficiency substantially surpasses other multi-rotor drones of the same capacity.

AI prescription map as an enabler of sustainable food system

Amid an ongoing global campaign to improve food safety, XAG announces to take a strategic move to reduce the use of pesticides through introducing prescription map technology in agriculture. According to Peng Bin, CEO of XAG, AI prescription map, as a powerful tool to manage variability on farms, allows people to apply site-specific spraying simply with drones and robots. It is believed that this can bring down the operational costs of both farmers and agricultural service teams, while preventing soil pollution and ensuring high-quality produce.

XAG RealTerra is the payload system that would facilitate the application of prescription map solution on seeding, fertilisation, and crop protection. When getting on board the agricultural drone, it empowers the new P Series and V Series with the cutting-edge function of aerial mapping to take HD digital farm images. The RealTerra can also automatically identify field boundaries, plant density as well as crop growth status to calculate the amount of pesticide use needed for the defined zone. 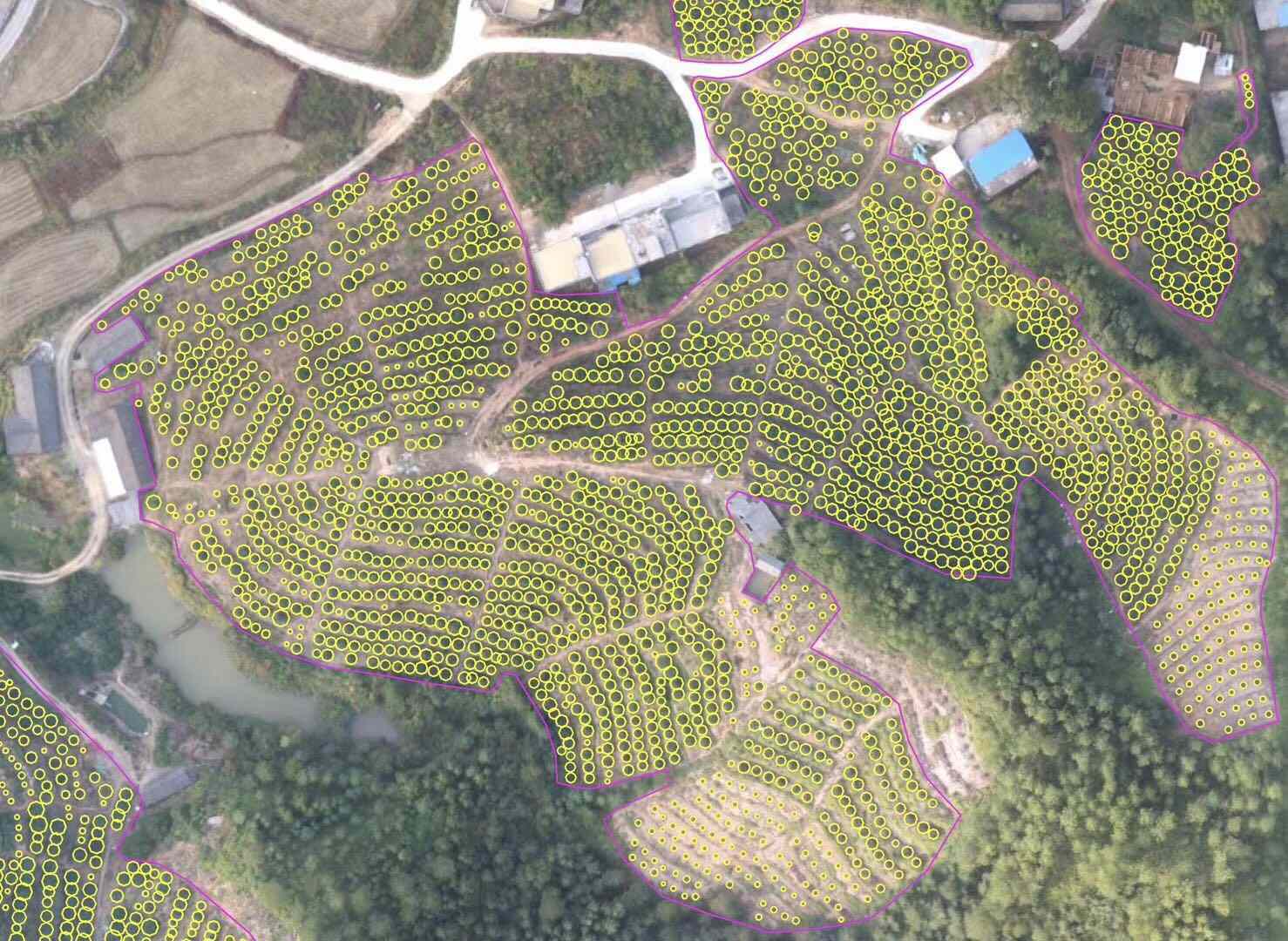 Use AI to locate fruit trees

A prescription map would then be generated on users’ mobile app to indicate variations in crops and guide variable-rate application of the agricultural drones. It makes spraying become as precise as the scalpel’s cut, significantly cutting down the use of pesticides to reduce environmental footprints on earth.

The scale-up of prescription map operation is in line with China’s action plan to achieve zero growth of chemical fertilisers and pesticides by 2020. As the Ministry of Agriculture and Rural Affairs reported, the amount of chemical used in agriculture has kept decreasing during the last three years. In 2017, the utilisation rate of pesticides for three major food crops - rice, corn and wheat reached at 38.8%, which is, however, still 20 percent points lower than that of the developed countries.