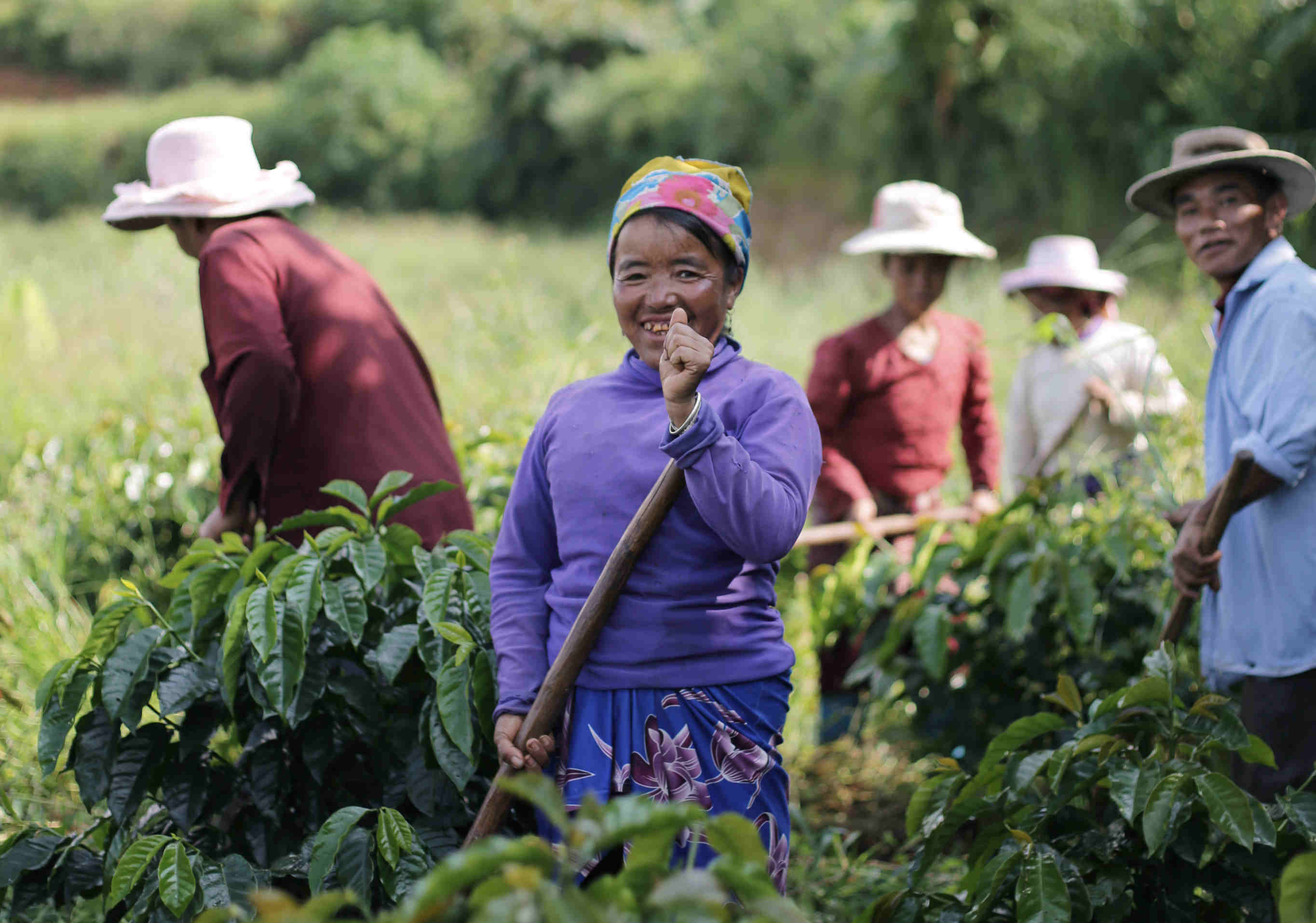 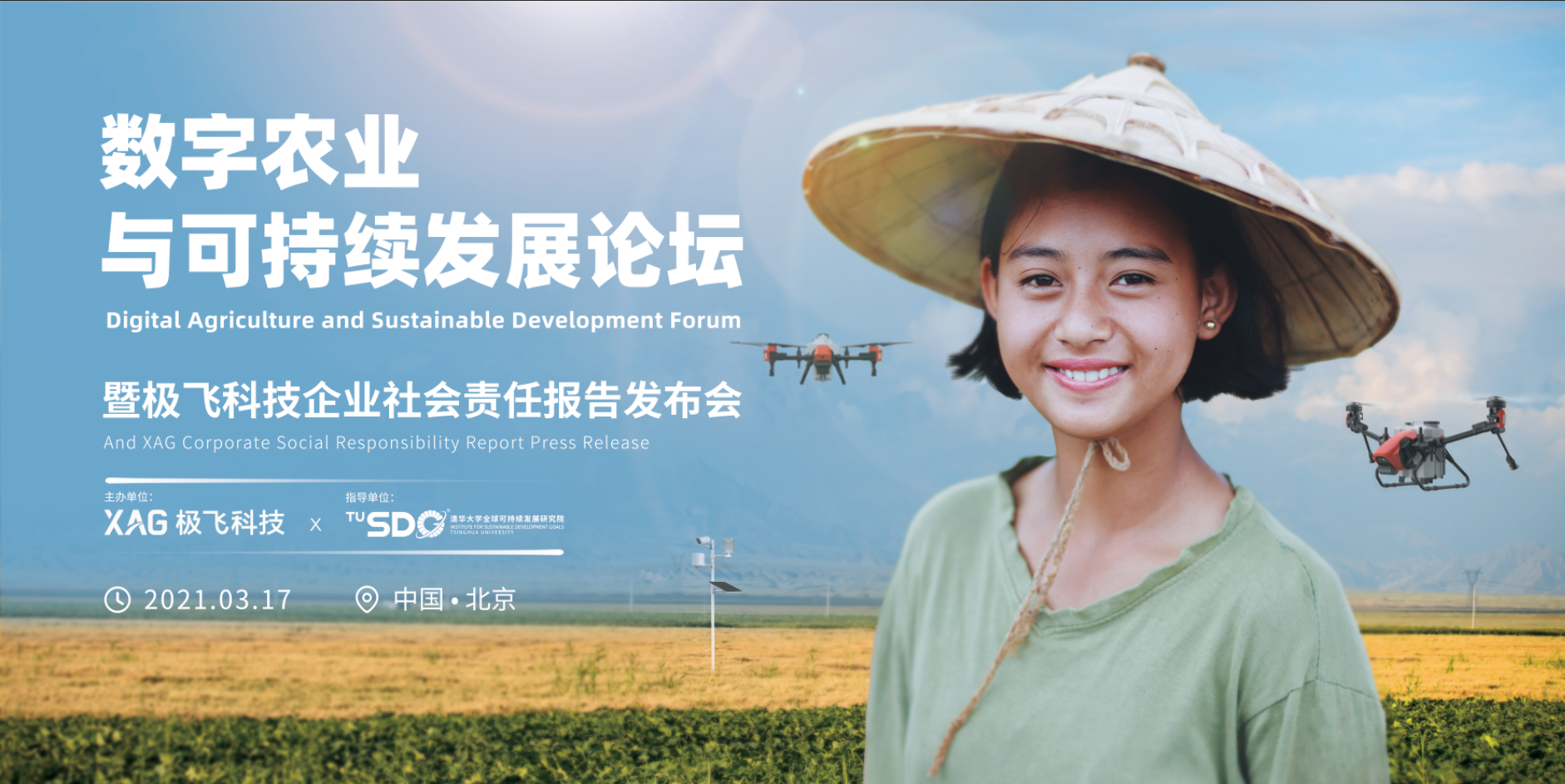 The Digital Agriculture and Sustainable Development Forum is a flagship program held by XAG, which has assembled top scholars and experts from Tsinghua University, China Sustainability Tribute, the Food and Agriculture Organization (FAO), World Food Programme (WFP), and World Wildlife Fund (WWF). Dr Kai-Fu Lee, Chairmen and CEO of Sinovation Ventures and He Fan, Professor of Shanghai Jiao Tong University, Antai College of Economics & Management were invited to join the conversation with XAG to discuss how digital technologies can transform agriculture for a sustainable future.

XAG’s CSR report 2020 is known to be the first-ever corporate social responsibility report issued in Chinese agritech sector. It shows the importance of technology as a great equaliser to improve the well-being of human. Zhu Xufeng, Executive Dean of Institute for Sustainable Development Goals, Tsinghua University, suggested that digital technology can help eliminate poverty and achieve zero hunger, while off-setting the adverse effect of food production on climate and environment.

Founded in 2007, XAG develops six product lines - agricultural drone, remote sensing drone, unmanned ground vehicle, agriculture IoT, Autopilot Console, and Smart Agriculture System which are applied to innovatively change the face of agriculture. Up to December 2020, XAG has introduced over 66000 sets of autonomous devices into 42 countries and regions, having served 9.31 million farmers and 52 million farmlands with efficiency and precision. With drones and robots replacing manual labour to conduct seeding, fertilising, and crop spraying, farmers can reduce their physical burden and improve livelihood by managing their fields in a more effective and simpler way. 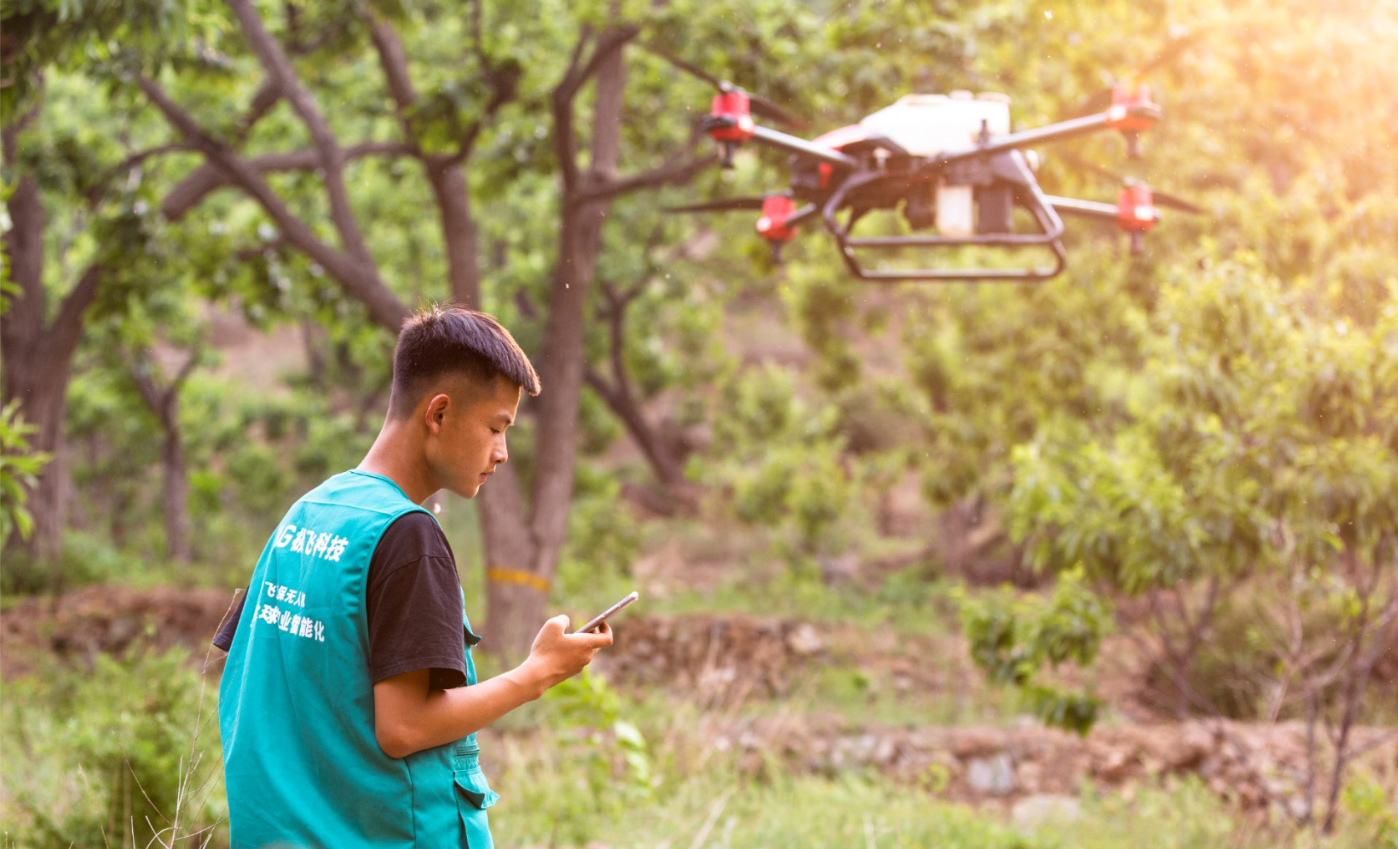 Attracting rural youth back to countryside

XAG seeks to make agriculture a knowledge- and technology-intensive sector, attracting young people back to the countryside and creating new and decent employment opportunities. For example, XAG Academy was established in 2016 as a knowledge sharing platform and has provided online & offline courses for 91025 registered students. These students could learn a wide range of modern agricultural skills, covering drone operations, crop cultivation and pest control. In addition, to address the issue of gender equality in rural areas, XAG has offered modern skills training for rural women who could work as drone operators with agricultural know-how to raise their incomes.

Strengthening food security towards a zero-hunger future is one of the top priorities of XAG’s CSR strategy. Through empowering farmers with flexible, cost-effective tools to protect their farms against natural disasters, pest diseases, and mechanical crop damage, XAG has helped close yield gap by about 8.21 million tons of food crops, enough to feed about 16.42 million people for a year. For example, throughout 2019 to 2020, XAG worked with Sunagri Zambia to dispatch fully autonomous drones for the fight against the crop-devouring fall armyworms. Drones were able to accurately control the nocturnal pests with less pesticide used, which became a major high-tech force to curb the spread of fall armyworms. This operation has managed to lower the impacts of disasters on food yields and supported the livelihood of African farmers who did not have access to advanced equipment.

Peng Bin, Founder and CEO of XAG, proposed that unmanned technology is the key to achieving the zero-hunger goal. The world is expected to face with rapidly increasing food demand in coming years, whereas the global and local agricultural workforce has been shrinking sharply. “In the future, our farms would be covered with robots which can operate automatically to finish those repetitive, tedious field works,” he said.

The report also reveals how agritech can contribute to reduce pesticide use, mitigate climate change, and maintain biodiversity on land. The variable-rate precision spraying technology designed for XAG’s agricultural drones allows farmers to use 30% less pesticide and 90% less water during crop protection. Since 2017, XAG has racked up 45,363 tons reduction in pesticide use, while saving nearly 15.39 million tons of water, equivalent to the annual water consumption of 200,000 residents. 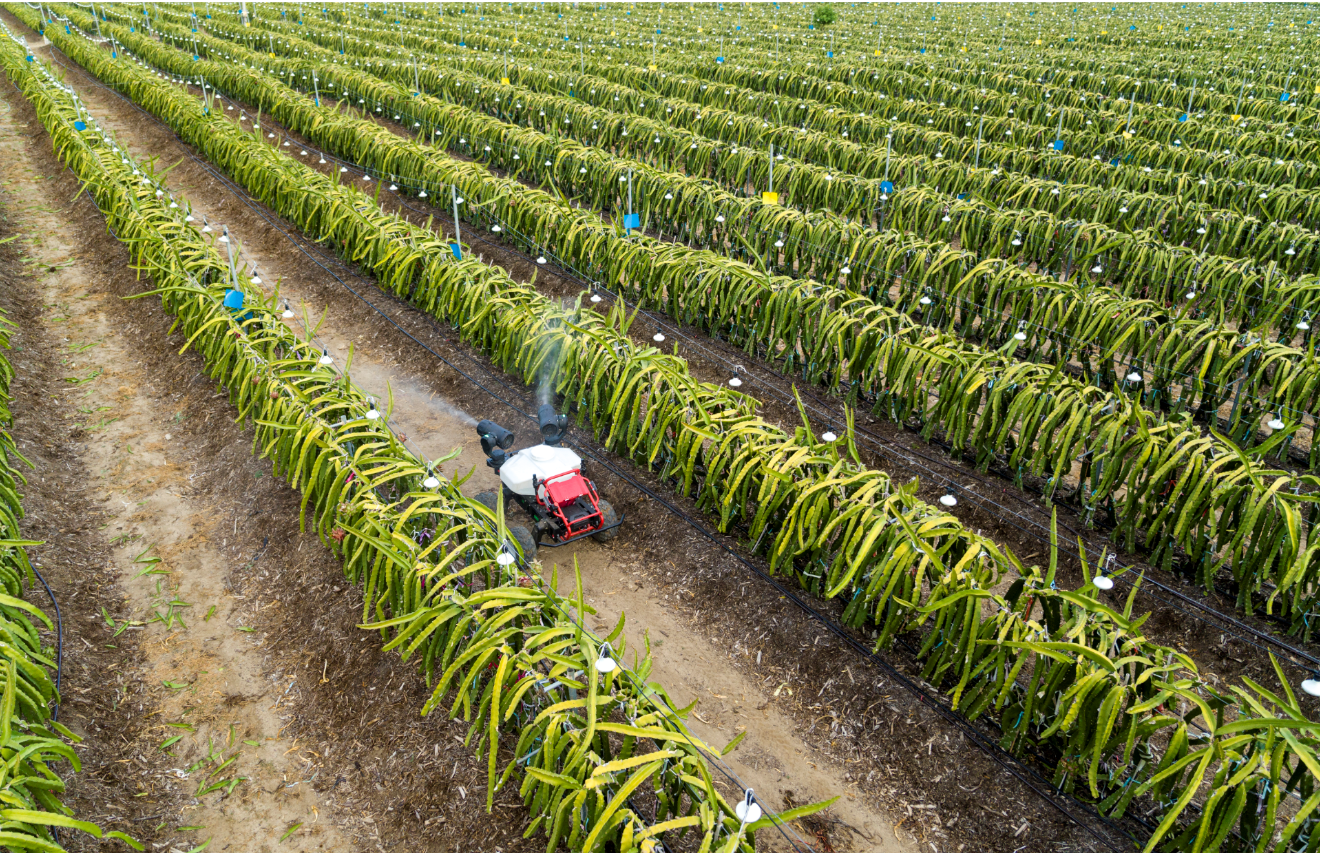 According to the United Nations, agriculture and other related industries account for one third of the world’s greenhouse gas emissions. To reduce the carbon footprint of food production, XAG has turned to smart electric powered devices for crop cultivation, instead of the traditional oil-fired machinery run by non-renewable fossil energy. XAG’s agricultural drone operations have cut down 760,000 tons of carbon emissions, equivalent to planting 10.32 million trees.

In face of the loss of biodiversity, agricultural drones can be adapted to restore degraded grasslands, providing new approaches for environmental protection in hard-to-reach areas. In 2020, XAG closely worked with local government and Landcare network to launch the first-ever post-fire drone seeding operation on Lack Cobrico, Victoria State of Australia. Drones were deployed to spread grass seeds to re-establish the native vegetation within a fire-ravaged peat swamp. 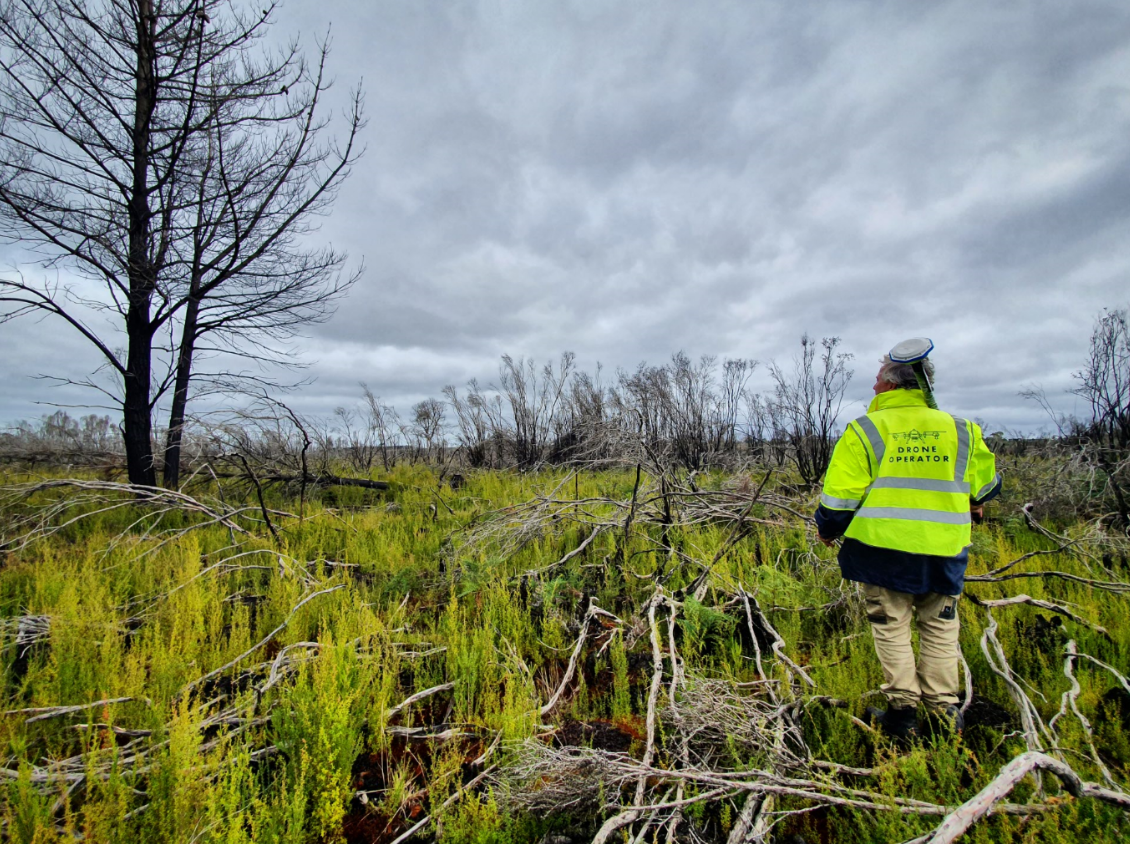 XAG is a tech firm devoted to the realm of agriculture, but it is also committed to operating as a caring and responsible corporate citizen with sustainable business pattern. With its unremitting efforts to scale up agritech and tackle rural ageing, XAG was recognised for Sustainability Innovation in Reuters Responsible Business Awards 2020. Keeping its eyes aimed at global challenges such as hunger, poverty, climate change, and social inequality, XAG will continue to join hands with governments, clients, and partners to advance the 17 sustainable development goals.