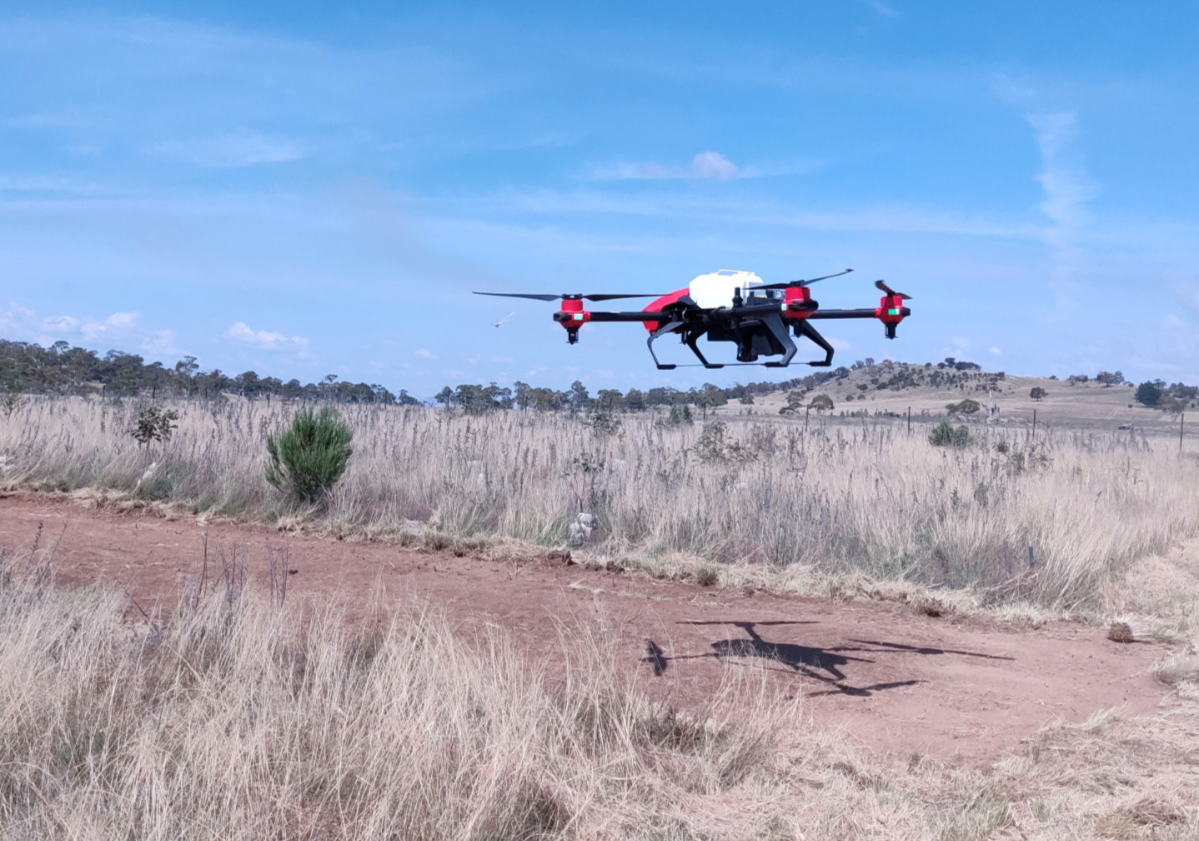 As Australia has long been troubled by the threat of invasive weeds, XAG Agricultural Drone recently steps in a land care program to curb the spread of the exotic weed - African Lovegrass.  Since March 2021, trials are conducted to examine the effectiveness of drones on precision spraying and revegetation.

Australia is now witnessing the popularity of XAG drones on farms and grazing lands, with the aim to relieve the economic and environmental loss inflicted by weeds. While climate change and herbicide resistance might contribute to rampant growth of weeds, the traditional tools of managing weeds are starting to fail and even cause harm to earth. 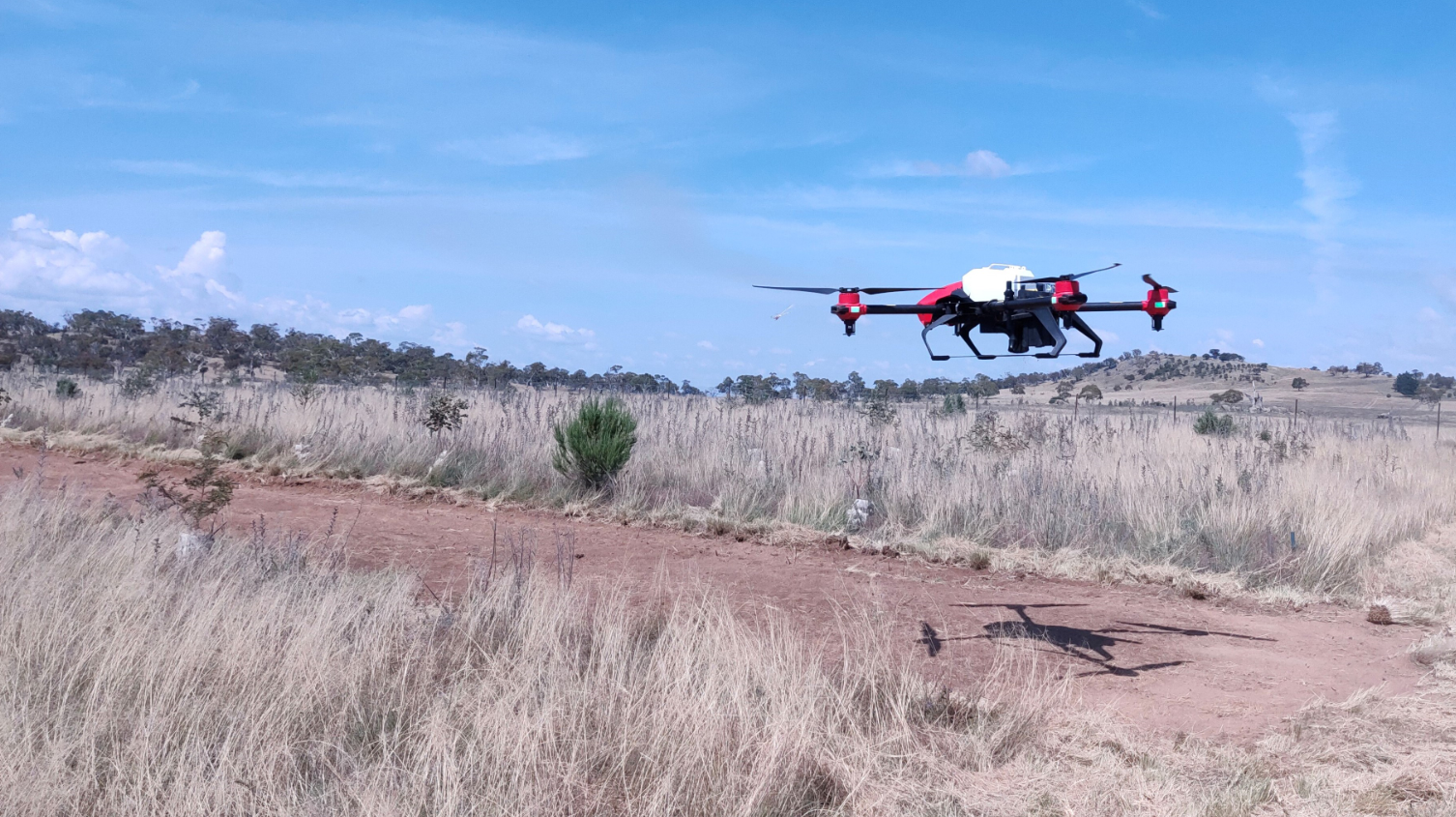 African Lovegrass (ALG) is one of the invasive weed species originated from South Africa and introduced to Australia in the 20th century. They can rapidly take over a pasture and render the land worthless by wiping out native plants and animals. The invasion of lovegrass not only degrades the natural ecosystem, but also threatens the livelihood of farmers because livestock cannot survive without palatable grasses to eat. Controlling these competitive weeds remains a top challenge for Australia.

This March, XAG Australia has established partnership on an African Lovegrass (ALG) control program with the Australian registered charity Upper Snowy Landcare. A fleet of XAG Agricultural Drones were deployed to provide innovative solution on spraying the weeds with better precision and seeding the ALG-infested pasture in inaccessible areas. The project aims to leverage autonomous robots to minimise the use of herbicide, as well as restoring a healthy landscape against the regrowth of ALG. XAG drone pilot demonstrated the use of drones

Three trial sites, heavily invaded by ALG, have been set up in the Monaro region of New South Wales, Australia. Drone pilots from XAG mapped the fields on the smartphone with a remote sensing drone to identify all patches of ALG. At the first site, XAG agricultural drones loaded with herbicides were used to selectively spray isolated patches of African Lovegrass. The second site were treated by drones spraying between rows of tree plantation to remove weeds that would otherwise compete for water and nutrients.

At the third site where ALG was mechanically scalped, drones fitted with a special broadcast attachment evenly spread native grass seeds and shrubs to revegetate the bare ground. This helps to establish healthy pastures and further suppress the regrowth of hardy weeds.

“These trials demonstrate how drones can be used in difficult, inaccessible areas where traditional vehicles or helicopters are not suited,” said Margaret Mckinnon, Chair of Upper Snowy Network. Previously, farmers heavily rely on boom sprayers to apply herbicides over a large area. This has led to chemical overuse and the development of herbicide-resistant weeds. 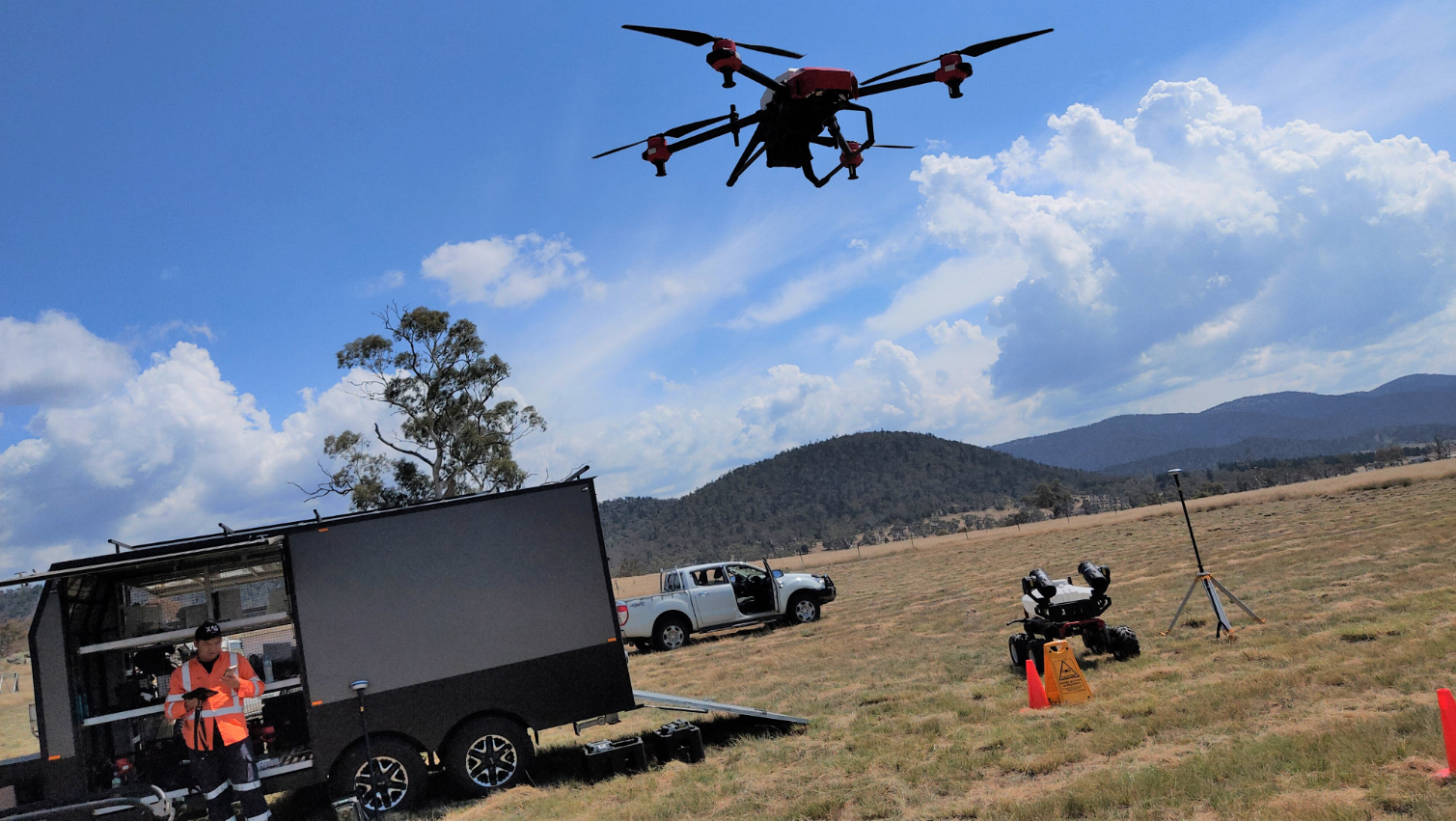 Drone could be a safe, cost-effective, and sustainable method of weed control to reduce the negative impacts of yield loss and land degradation. In trials with African Lovegrass, XAG’s agricultural drones carried a 16L liquid tank and flew very low to accurately spray the selected target area in appropriate dose. Only patches infested with lovegrass were sprayed to greatly cut down the use of herbicides.

Outcomes would be measured in terms of ALG regrowth and vegetation recovery rates with on-ground surveys over the ensuing six months.

In Australia, weed is the most economically destructive type of invasive species. In addition to causing biodiversity loss, it has wreaked havoc on grain crops and posed major risks to food security. According to Australia’s Department of Agriculture, Water and the Environment, the annual cost of weeds incurred by the agricultural industry is estimated at $4 billion.

New technologies such as autonomous drones and AI are expected to enhance the country’s capacity to manage weeds cheaper and more effectively. With the enforcement of Australian Weeds Strategy 2017-2027, it has become a strategic priority to seek for innovative solutions to reduce the detrimental impacts of weeds. 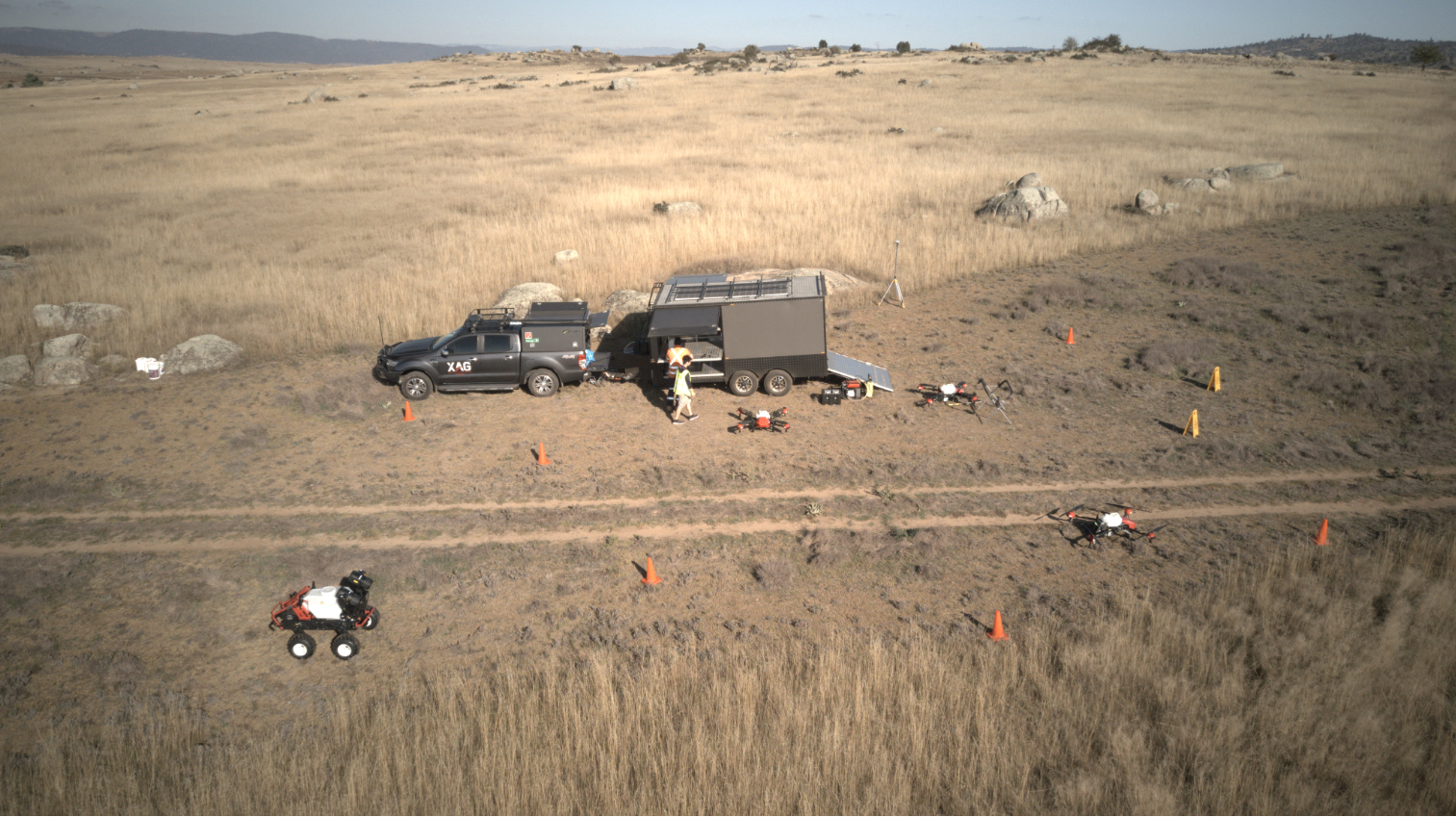 Since 2013, XAG has been promoting the use of drones in agriculture to help farmers manage their fields with less manual labour. Its Australian team has dived deep to test the accuracy of drones on spraying weeds, as the recklessness of using herbicides sprayed by a boom brings up national concerns.

Herbicide is the most commonly used effective way for controlling weeds. But the incident of spray drift, also referred to off-target hazard, could happen when applying chemicals onto the weeds. This would contaminate the neighbouring crops and put native plants and animals at risks of poison.

The selection of equipment matters when it comes to reducing spray drift. The autonomous drones developed by XAG has demonstrated its ability to follow predetermined flight route and precisely spray weeds on the target. Compared with ground vehicle and helicopter, drone is a much more lightweight, sophisticated type of robot for killing weeds without crops being damaged.

As the benefits of this versatile flying robot unfolded, more and more Australian farmers are embracing new technology for their pasture and grain fields. Agricultural drone is making its way as a sustainable approach to counter the increasing threat from weeds.