On 2019 Alibaba Global Conference on Women and Entrepreneur, a Chinese female drone pilot took the spotlight with her distinctive occupation. Standing on stage in front of hundreds of exceptional women from different disciplines, Sheng Guangning felt a bit tense but passionately shared her stories of how she started business with drones and infused new blood into her rural community. 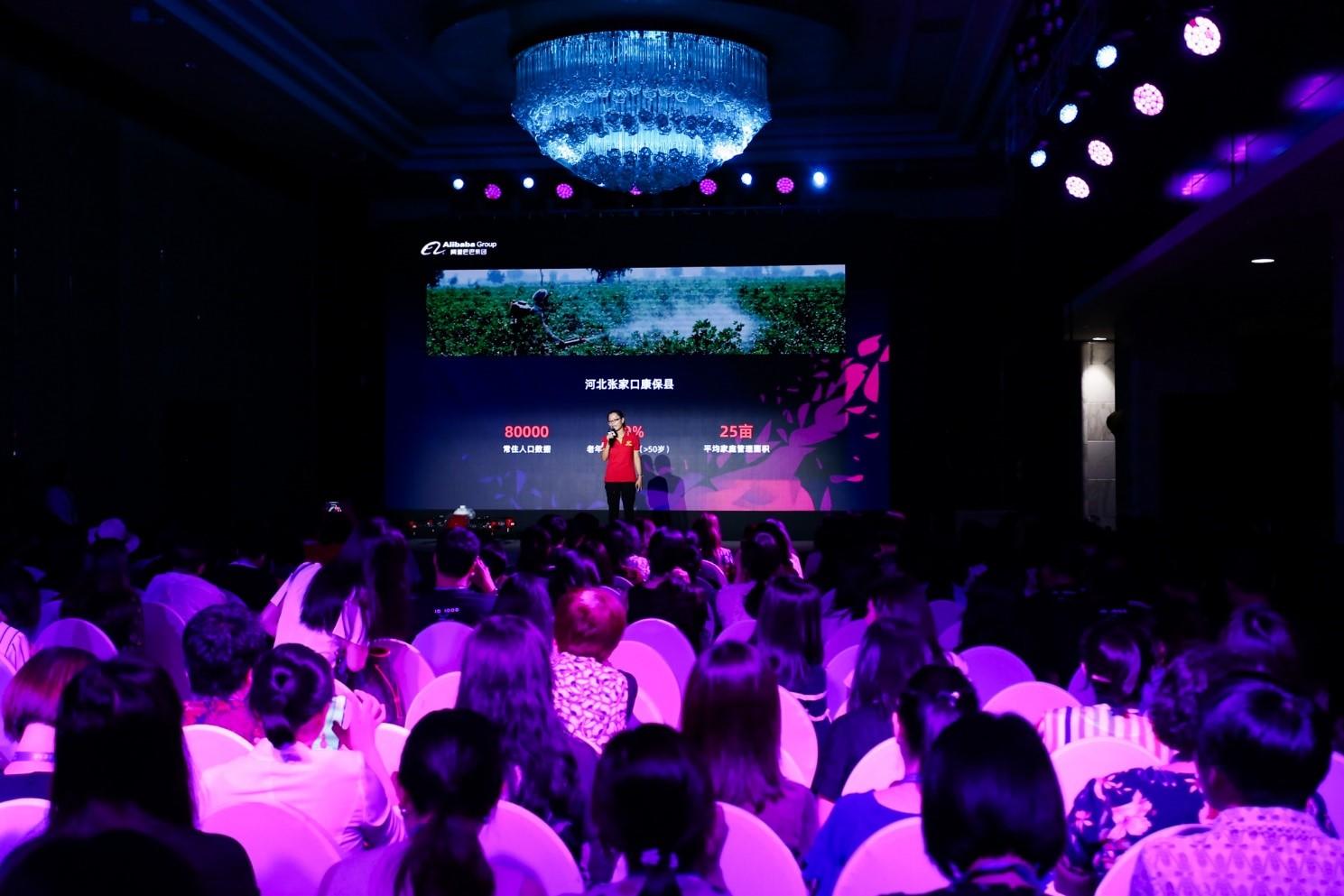 Drone, when it is mentioned, can always create a stir as a cool stuff. As we dive deep into its real-world applications in various industries, we realise that the prospect of agricultural drone industry is so immense that drone has no longer been a sci-fi fantasy or futuristic technology. For example, an agri-tech company XAG has had over 50,000 plant protection drones in operation around the globe to protect our food from harmful weeds and pests.

However, drone technology, like many other STEM subjects, has seen a lack of women working in its sector. Women and girls are considered not fit for this job due to the complexity of technology and engineering as well as the harsh working conditions. Despite the gender-based disparity, more young women are surprisingly seen across the fields, chatting with farmers to understand their needs, skilfully operating the drones and helping their counterparts take flight. Sheng Guangning, from Kangbao County of China’s Hebei Province, is one of the female representatives who thrives and grows her business in the crop protection industry.

Stumble into the World of Drone and Agriculture

Kangbao used to be a state-level extreme poverty-stricken county in China, facing an aging population with an average age of 65. Elderly were the main driving force of farming, and when the busy farming season came, pesticide spraying became a huge headache to them. Unable to hire any help even with high pay, these old men had no choice but to painstakingly carry a backpack tank to spray the crops, from morning to dusk. Undoubtedly, this was the least efficient approach that failed to provide timely protection against many pest diseases and therefore often resulted in yield loss. What’s worse, they had to endure the scotching sun while being exposed to the risks of chemical poisoning. As a graduate of agricultural university, Sheng Guangning saw an urgent need of her hometown to change as well as the challenges that went alongside. Deep down she knew that improving farming productivity was one of the necessary ways to cast off poverty for Kangbao, which was long famous for its high-quality produce such as oat, potato, tricholoma and grains. But this place, like many other rural areas, had been left behind in the wave of industry automation, which gave her a dreadful sense of frustration.

Not until 2017, a field visit to Henan Province transformed both her life and that of Kangbao farmers. Sheng learned for the first time that drone could be applied in the world of agriculture to automate the crop spraying process. Drone fleet could sweep across the fields or precisely target at specific sites, saving 30% pesticides and 90% water. Deeply obsessed with this novel technology, she decided to bring it back to help her fellow villagers. Shortly after that, Sheng signed up the course in Xihua training centre of XAG Academy and took a week to obtain both pilot license and trainer certification. Back in Kangbao, she invested in the equipment and set up her own business, travelling across the county to promote XAG’s drone and provide crop spraying service. As a novelty, the drone itself did attract lots of attention from local farmers, but so as suspicion and doubt, with few actually placing orders from Sheng.

At one time, when Sheng travelled 20 kilometres away to provide service, a female customer cancelled the order, because of her husband’s objection, right after Sheng arrived. The reason was simple, “I spent my whole life in farming, and I have never seen that such little bit of pesticide could kill the pests.” 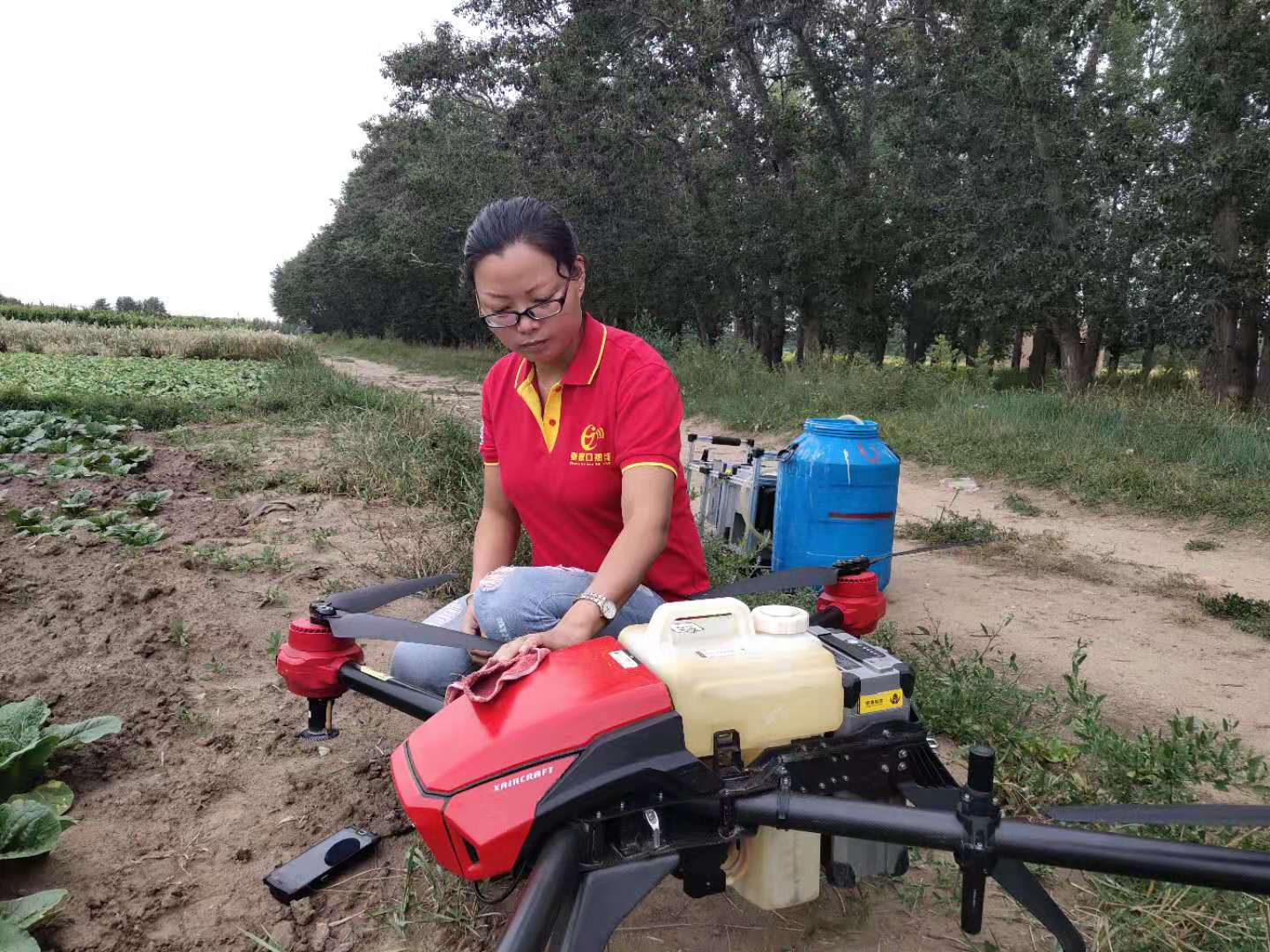 Facing farmers’ distrust and reluctance to take risks, Sheng understood that a good harvest was largely dependent on the effect of crop spraying. But also, a sense of grievances arose, “why they don’t believe that drone can cut pesticides and water and save them costs?”. To show how drone spraying was of great benefit to them, Sheng made a bold decision, offering limited free services to large farm owners. Primed by smartphone, drone executed its job fully autonomous, supported swarm operation and enabled variable rate spraying on targeted fields.

The advantages of drone spraying were distinctly revealed. With hard-earned approval from villagers, Sheng’s drone-backed agribusiness gradually took off. Up to late 2019, her drone spraying services had covered over 2,000 hectares of farmlands on various crops, such as wheat, corn, potato, flax and roses. Appointment needed to be arranged at least one week in advance during the busy season.

Tech Empowers the Greatness of Small

Yet, it took her family quite a time to be supportive of her career. Her mother was worried that Sheng could not find her match because of getting sunburnt. And her father anticipated that Sheng would get a more decent work in the city.

As always, there has been a stigma associated with jobs in agriculture. Young people are fleeing the countryside because working in rural deemed to be “dirty” and without a bright prospect. And when it comes to rural women and girls, despite they play a significant role in securing food and feeding the households, their contributions to agricultural development are largely unrecognised. According to the International Labour Organisation, globally, one in four employed women works in agriculture. While they cultivate lands and care for domestic chores, most of them do not have equal access to resources and their voices are mostly ignored. 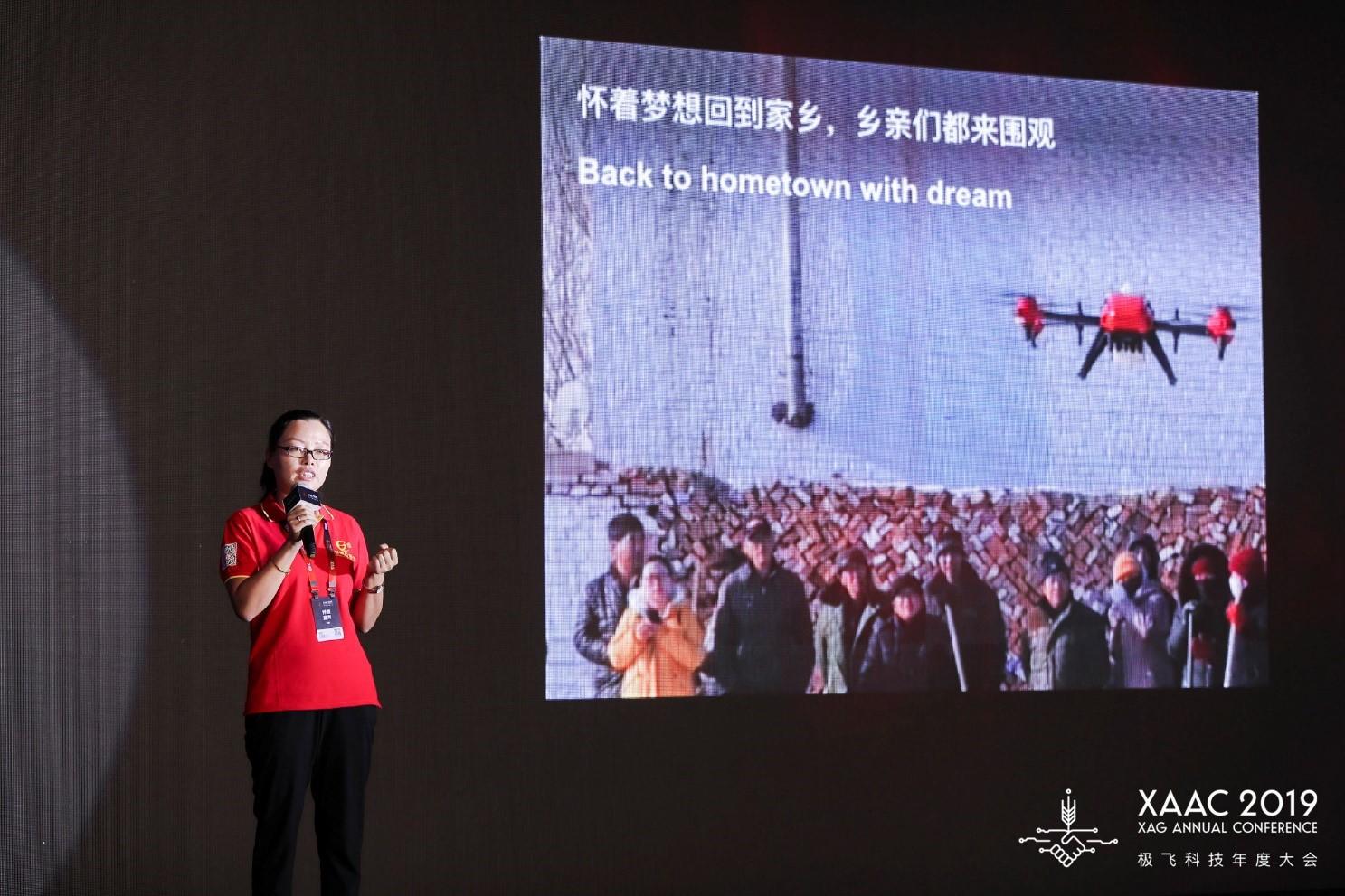 The story of Sheng Guangning is one of the exceptions that disrupts the status quo of gender roles  in agriculture. Against the current, Sheng takes a shot in agricultural drone piloting and has been relentlessly committed to her career. “What I have always wanted to do is make agriculture easier for farmers, who could be freed from the tedious, tiring farm work. And therefore, the future countryside would be a better place for all,” she said.

Technologies (e.g., drone, AI and IoT) are decentralising the power relationships between urban and rural, as well as male and female. Tech companies such as XAG has been introducing digital infrastructure and automation technology into the remote rural areas. As a result, new professions are born, decent employments are created there, and tech advancements are empowering rural women with tools and opportunities to achieve their own worth.

Standing at the cutting edge of drone technology, Sheng Guangning has built a good reputation for her company after countless field operations and training sessions. It has also attracted many rural youths to join her team, which grows from only one person to more than 20.

There need to be more figures of women like Sheng breaking through traditional mindset and mold. And we are very pleased to see that, with technology rapidly developing, progress has been made. An increasing number of women are now reaching for the skies and supporting the female community with their knowledge and skill to end hunger and poverty.