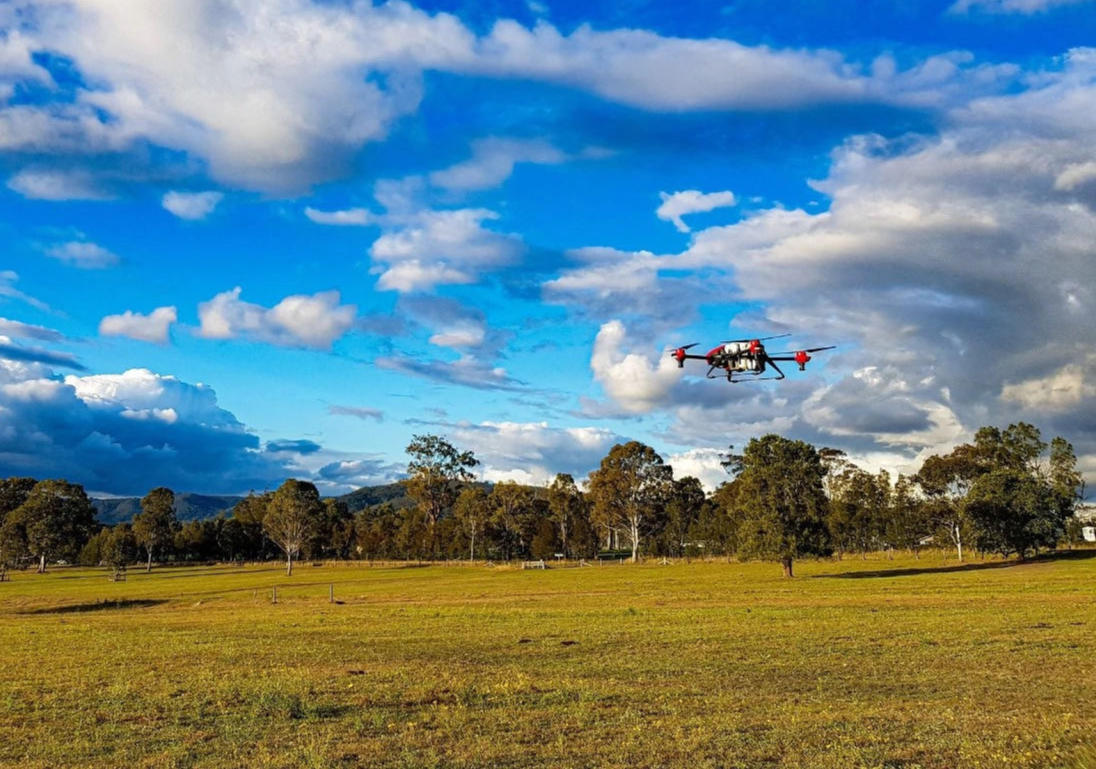 As one of the world’s biggest agricultural producer and exporter, Australia was the first overseas market that XAG had tapped into a few years ago. But under a heavily regulated industry, it has taken years for XAG to go through legitimate procedures and for the government to revise its own laws before the drone fleets commercially take off on fields. Now as Australia has become ambitious to secure its position as a leading centre of agricultural innovations, it is anticipated that the adoption of agtech and foodtech would go in an even faster pace. So, what opportunities and challenges XAG would come across in this new era? 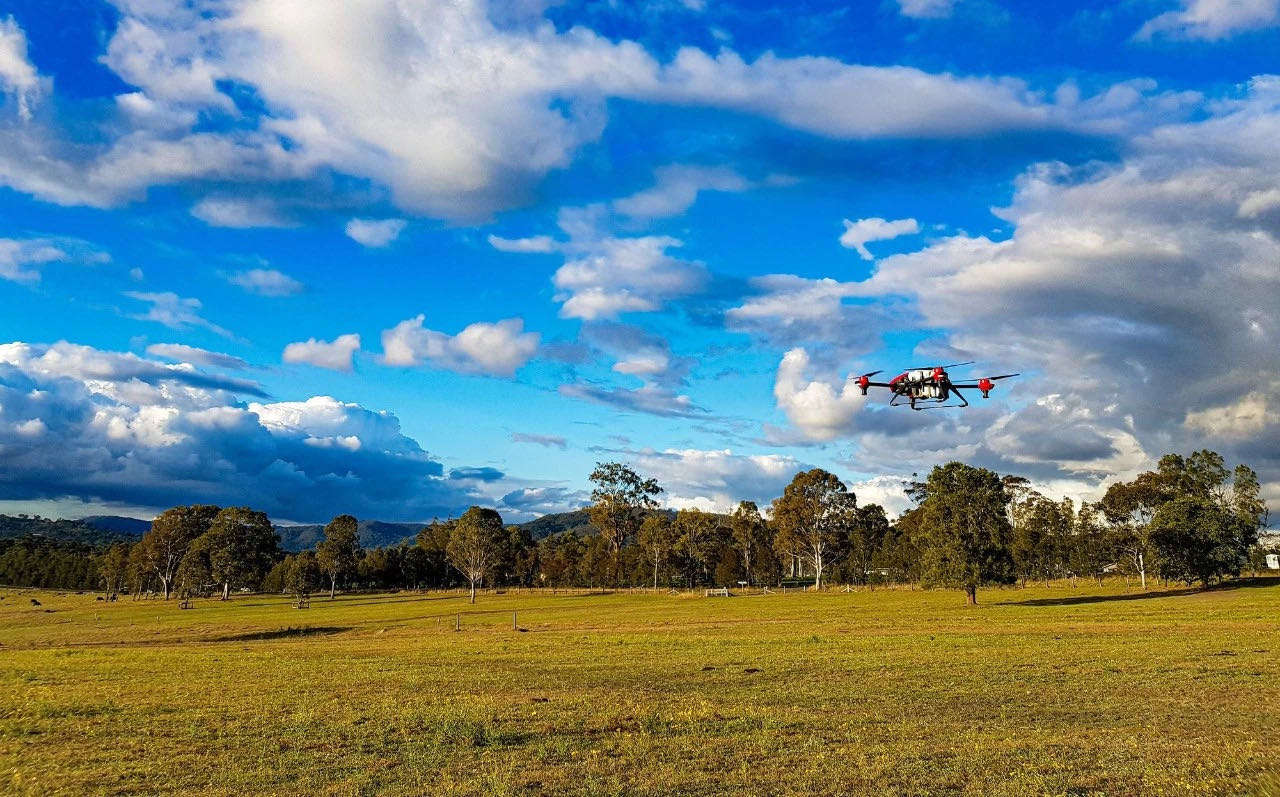 Agricultural drone takes off in Australia

Since the land reclamation and plantation by the first group of colonists in southern Australia, the threat of invasive weeds to Australian agricultural production and environment has never ceased. Today, 187 years later, malignant weeds are still a primary cause for increased farming costs, reduced grain production, and damaged ecosystems across Australia. The arrival of XAG’s smart agriculture technology in Australia has met the urgent need for weed control.

Australian farmers are accustomed to paying large amounts of money each year for weed control or eradication. Due to the spread of weeds throughout major food growing areas and their increased resistance to herbicides, the high cost of weed control has become a serious challenge to local agricultural production.

Weeds are undesirable plants that undermine biodiversity, agricultural products, and human health. Farmland weeds are believed to be harmful to agricultural production, as they compete with crops for nutrients, water, sunlight, and space. They also hamper ventilation and lighting in fields, and raise the temperatures of local climates. In addition, they can induce pests and diseases. Particularly, parasitic weeds can reduce both crop yield and quality by absorbing nutrients from crops. Some weed seeds or pollen even contain toxins that may poison humans and animals.

"Promoting smart agriculture in Australia is as popular as selling iced water in deserts."

In Australia, wild oats, perennial ryegrass, and skull grass are among the most notorious “criminals” that growers are highly concerned with. "The problem with skull grass is that even chemical agents can only limit its growth to some extent, because its roots can always survive," an owner who has been running his family farm for more than 20 years complained in an interview with local media.

A 2016 report titled “Impact of Weeds on Australian Grain Production”, published by Grain Research and Development Centre (GRDC), shows that weeds have reduced the average annual grain production of the country by 2,762,193 tons, resulting in a total loss of USD 745 million. 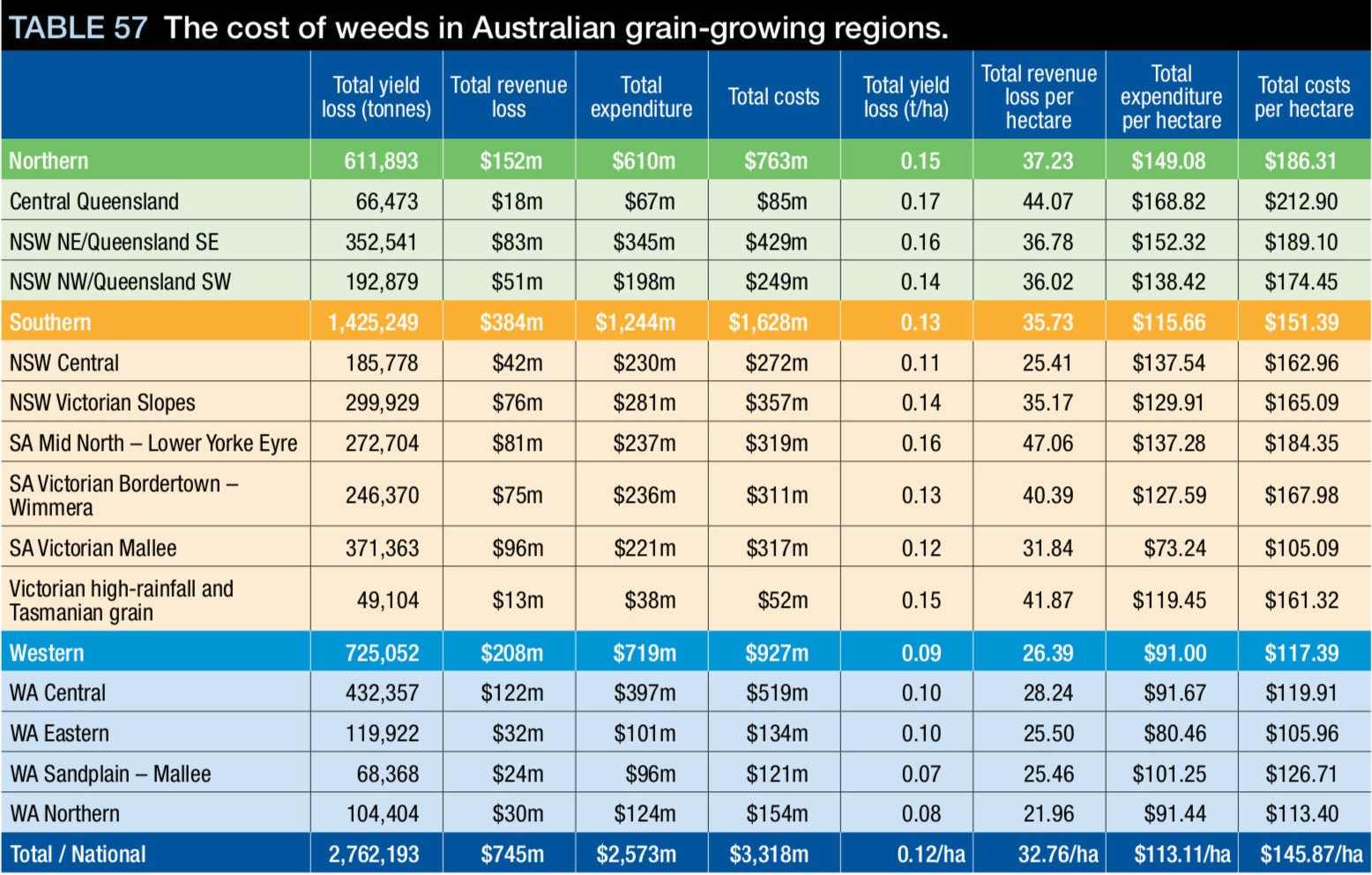 According to the country’s Department of Agriculture, harmful alien plants continue to invade Australia, and more than 25% of these plants that pose severe damage or are potentially threatening to agricultural production, are weeds. In southern Australia, an average of 5 new weed species are found each year.

As estimated by the Department, the cost of weed control across the entire agricultural industry reaches up to USD 4 billion a year. To fight weeds, the national government has even developed a plan named the Australian Weed Control Strategy, and is working with all state and territory governments, and academic research institutions to seek effective control strategies and methods.

A Protracted Battle Against Weeds

To cope with the issue, Guy Coleman, a precision weed control scientist at the University of Sydney (USYD), and Michael Walsh, director of weed research of I.A. Watson Plant Breeding Institute at USYD, worked with XAG on precision weeding solutions. At a farm belonging to the I.A. Watson Grains Research Institute in Narrabri, New South Wales, a digital trial on weed control by drones was carried out. Based on the AI prescription maps, XAG’s plant protection UASs made targeted weeding possible. They could atomise chemical liquid into fine particles as small as 90μm through a centrifugal atomising spray system, and downdraft generated under the propellers can effectively reduce drifting with higher evenness and deposition. 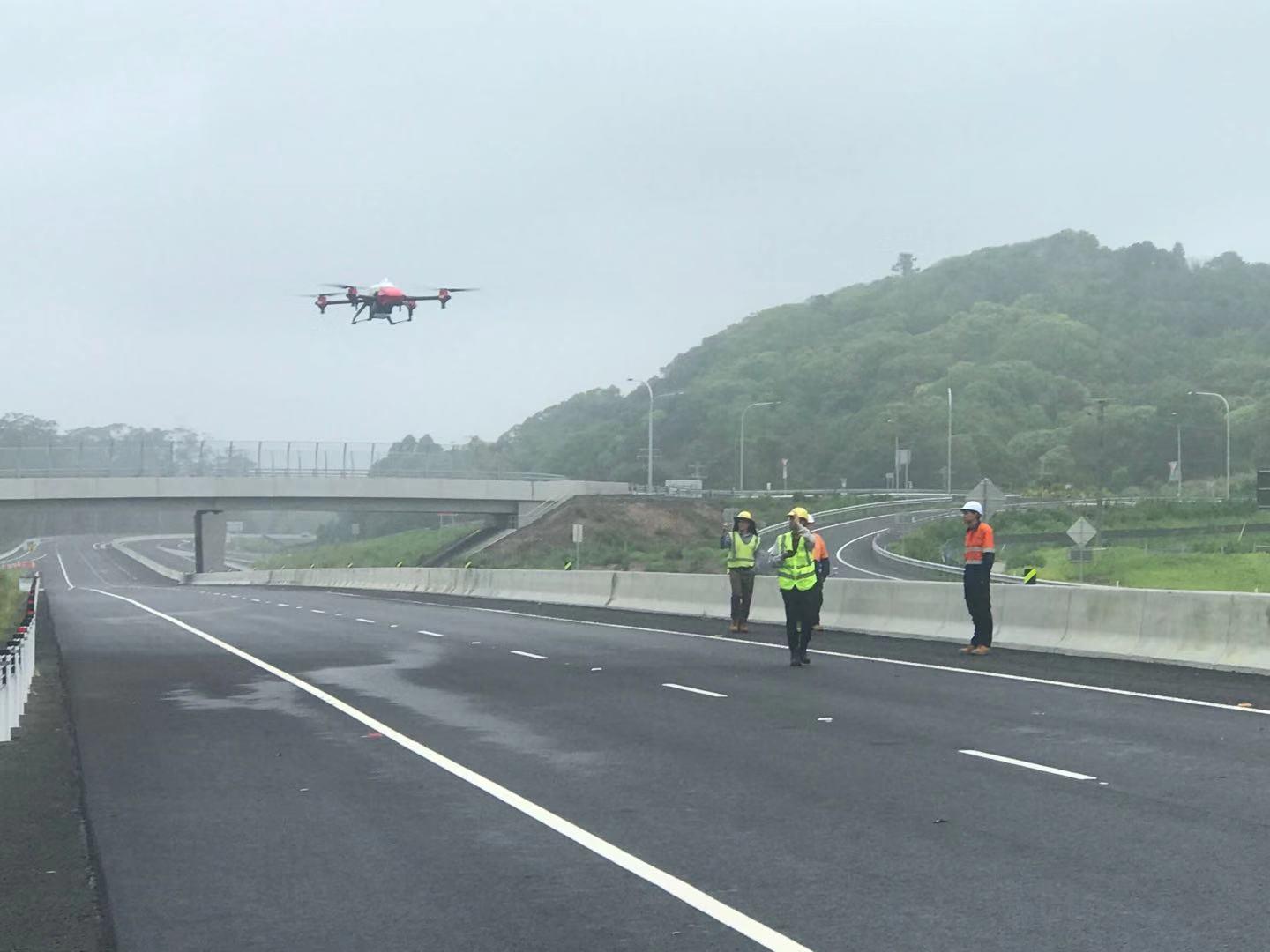 Charles Chow, head of XAG Australia, said that the advantages of drone spraying include reduced spraying pressure, higher biosafety, and less pesticide application in sensitive areas. 77% of Australia’s agricultural products are exported, which means strict control over biosecurity. To achieve extensive application of control measures, it should be ensured that both technology and devices are environmentally friendly, accurate, and cost-effective.

The demonstration by XAG drones fits in the new DigiFarm project, said Guy Roth, director of northern agriculture at USYD’s I.A. Watson Plant Breeding Institute. Funded by Landcare, DigiFarm is designed to allow USYD to showcase and evaluate new production technology for farming. It is also an educational platform for farmers, agribusinesses, and schools to access the latest innovations related to soil health, robotics and digital agriculture, planting, and husbandry. Michael Walsh noted that his team is now working on site-specific weed control methods, and hoped that most of the investment in the project will be used for the "tailored" management of crop growth. 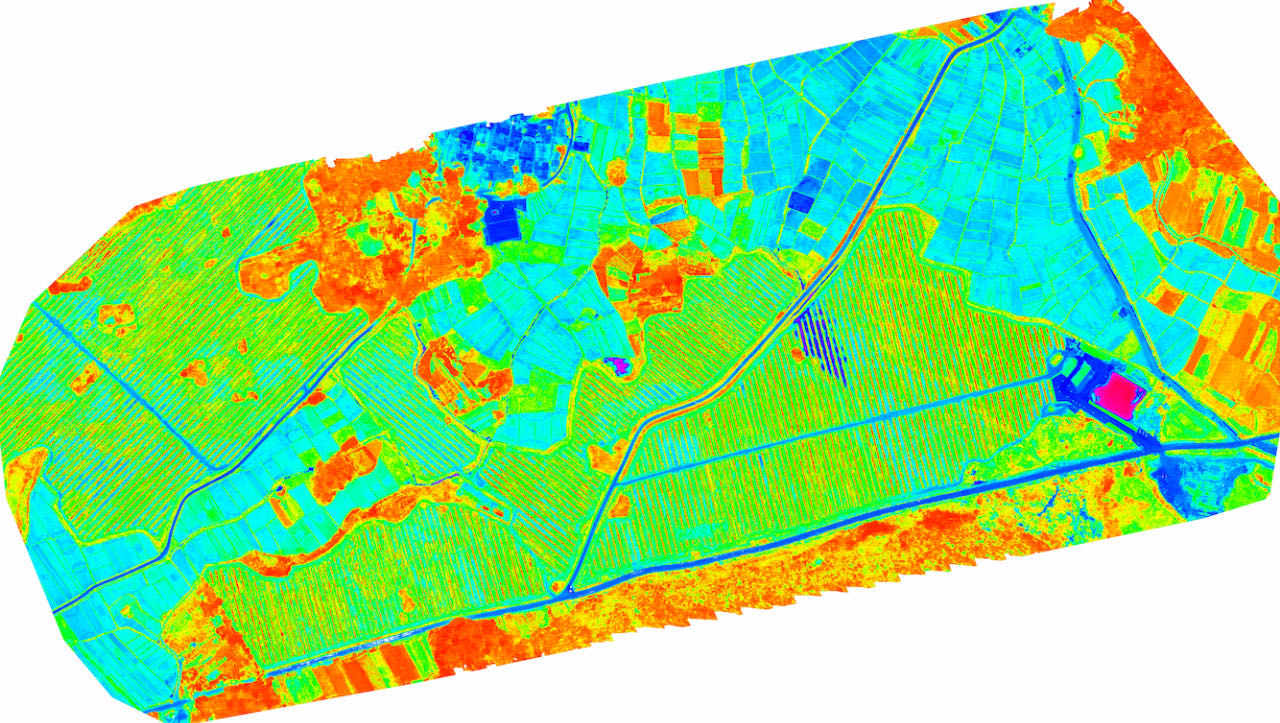 The plant protection drones used in Australia are mostly under manual control, while the XAG P Series UAS is the first fully autonomous system certified by local authorities. This shows the government's trust in the company, and also makes the wide use of drones in Australia possible.

As the Australian government further lifts control policy for agricultural drones, XAG is expected to accelerate the application of UASs to crop protection, remote farmland sensing, and many other scenarios in the country. With more customised digital solutions to weed control and prevention, the company can help local growers fight weeds across an area totalling nearly 5 million hectares.

However, it is a rather lengthy and bumpy road to introduce agricultural drones into the Australian market. People there have started to embrace this new-age technology, but in quite a slow pace, also with an excessive amount of caution. XAG has struggled against a whole host of certification challenges along the way. According to XAG Australia’s branch director Alex, 2019 was the first year they have been able to commercialise and adapt the drones to Australia’s demands. As the regulation hurdles the years before left them grounded. Among those, chemical evaluations, long months of pilot training, and environmental impact regulations being the most prominent. Not to mention each state has their own laws and only half the states have approved support and new laws to aid XAG. Simply put, it’s a heavily regulated industry. Farmers are reluctant to experiment with new spraying techniques in fears of breaking established laws, choosing to let others try out the technology before giving it a go. 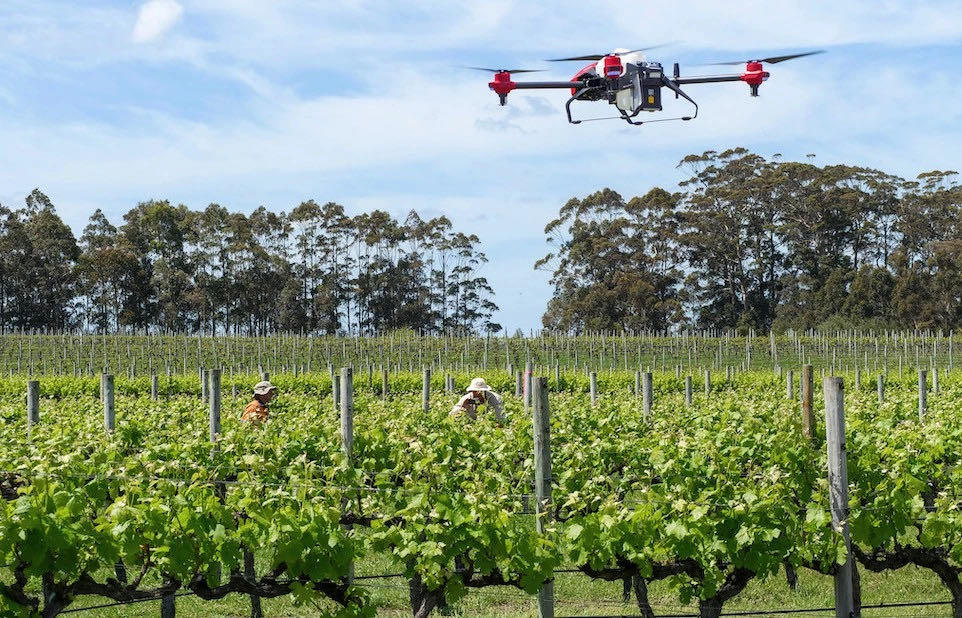 Despite the regulations, officials and the public on the contrary are enthusiastic about this technology and find the concept of smart agriculture enlightening. Australian really does want to try out small sized aerial pesticide spraying and learn from what China is doing. For them, XAG’s technology has been a lifechanging method in rural areas and national parks managements. Historically, tractors and helicopters have been hard to implement in those areas cost effectively. A lot of farms also struggle with farming alongside wild animals. For example, it is very common that wombats burrow under the ground and build extensive undergrown dwellings. Tractors cannot run over those land, whilst drones become the perfect solution to spray from air.

“XAG’s technology is disruptively innovative and just needs time to mature. Sooner or later, the full extent of new science, new technology will be felt in the Australian market.”

It is informed in an internal report, collaborated with the University of Queensland, that XAG’s atomised nozzles can minimise spray drift, even against wind currents and other natural forces. This avoids excess pollution to the neighbouring farms and water reservoirs. As a result of such in-built intelligence, the chance of misuse or abuse of machines or chemicals is largely reduced. As an environmentally sustainable practice, the drones are designed to be ready for farmers to use, out of the box, with the goal to realise precision agriculture.

The great news is that, now we can see drone technology has gradually flourished in the multi-billion dollar weed elimination industry. Large scale tractors are more competitive in the vast Australian farms, whereas XAG’s drones are extremely efficient at reducing weeds using cutting-edge spot spray functions onboard the aircraft. It is only a matter of time and regulations before more farmers will truly experience the possibilities of XAG’s aerial smart solutions in Australia. 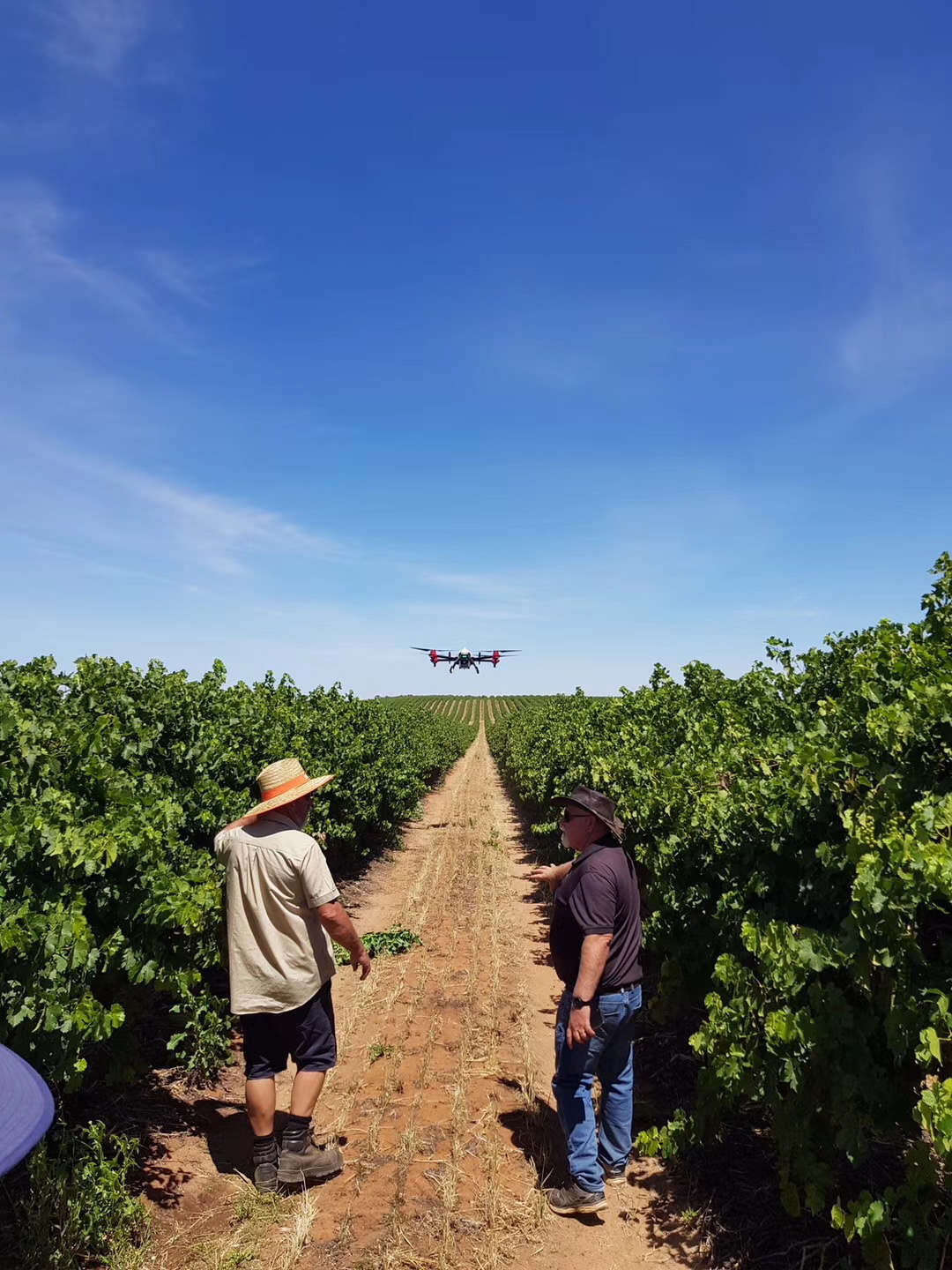 Year 2020 might come as a new beginning for XAG Australia to clear the slate and start fresh. It is forecasted to be a prosperous and productive year ahead. Dozens of government contracts and service jobs have been commissioned of XAG Australia by the Australian government in their efforts to rehabilitate bush fire burned land. More than half of Australia has been scorched. And XAG’s seed spreading solution can make a huge positive impact in this area.

Meanwhile, modifications and upgrades to XAG’s current fleet to meet government standards are on the agenda, such as a seamless toggling option between manual and autonomous control. No matter what obstacles XAG Australia may face in the near future, we are certain that it will be one step closer to achieving the goal to support science based reliable and sustainable farming systems with autonomous and intelligent technology.