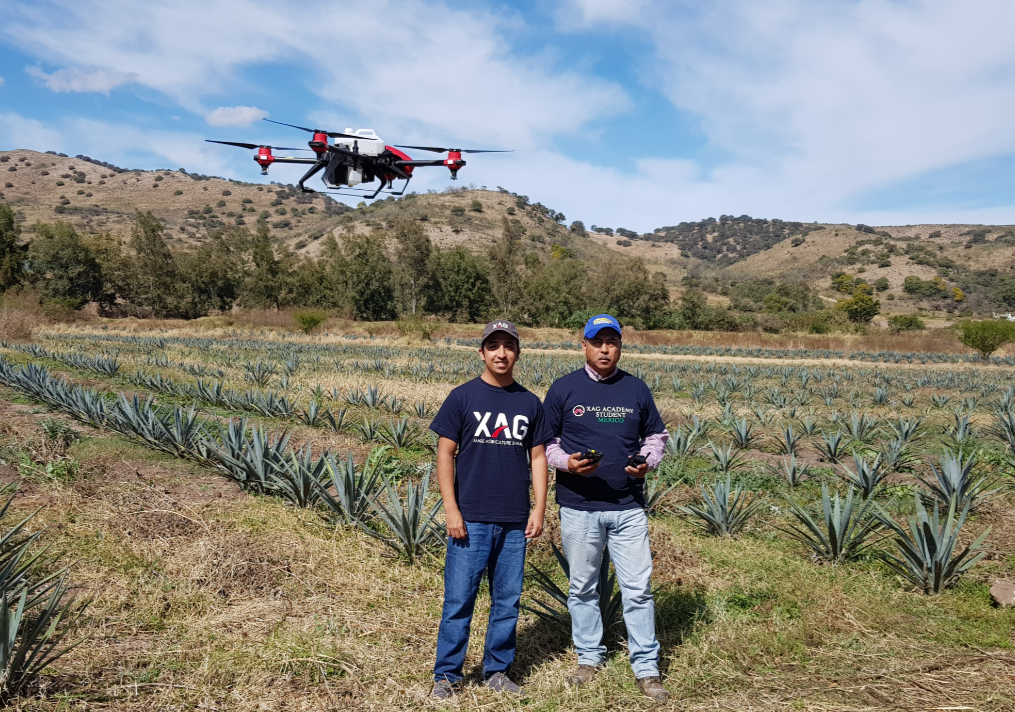 Many people probably hear that XAG has an overseas market in Australia and Japan. However, those were not the only two areas XAG dive in outside China. In late 2017, the same year as XAG Japan established and the third generation of P series Agricultural UAS has published, some people from the other side of the globe noticed this newly transformed Agriculture Technology Company and wish to seek for collaboration in their region. The story can be rewound back to November in 2017. A scaled Forestry company in Brazil was expecting an efficient way to control wildly growing weeds that brought negative impact to their plantation. Their China branch in Shanghai eagerly searched for solutions and got to know XAG, which dedicated in agricultural drones with high precision in pesticide and herbicide spraying to protect crops.

Mr Yang Jiaqiang, an employee as well as one of the partners of this company at that time, was instructed to learn about the business scope of XAG and the detailed functions of its products. After several times of prudential evaluation and in-depth communication with XAG, this Brazilian company was persuaded to adopt XAG’s smart agriculture solution to eliminate weeds.

This partnership marked the beginning of XAG’s ambitious business expansion plan overseas. Later that year in December, Mr Ma Zhiqiang, a representative from an Ecuador company called Megadrone came to XAG wishing to become one of the overseas distributors in LATAM (Latin America). As self-stated, he also sought collaboration with other Agricultural UAS companies before, but in the end, XAG was his final option because of the unique drone design such as autonomous flying and atomisation spraying.

Collaborated with local distributors helps XAG detect more potential needs in that region. In the beginning, the promotion in Latin America had raised certain scepticism regarding the drones’ functionality. Local farmers did not actually believe drones can eliminate pests or weeds better than big scaled tractors at the start, since they’re more familiar with the mechanism of those latter machines. To answer those suspicion, XAG partners along with local plantation owners have put forward a series of demonstrations and tests with the drones. 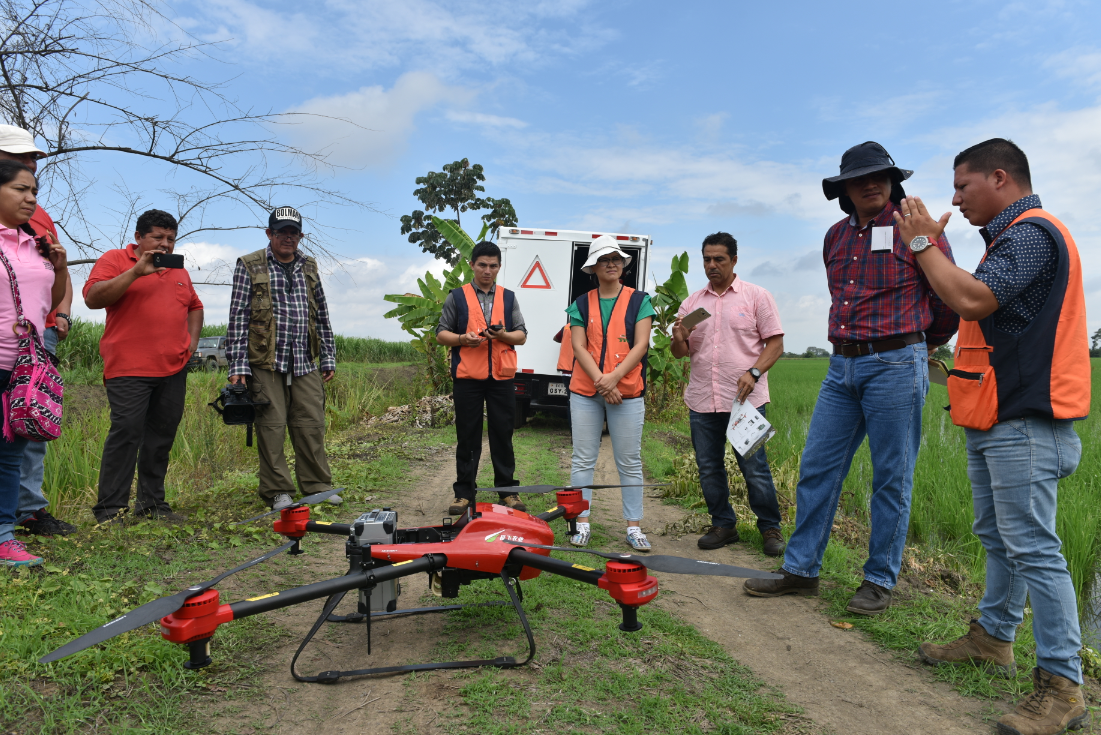 “Instead of acting as an opportunist, XAG looks more like a discreet chess player on the business strategy in LATAM: Stay focus, step cautiously, always adapting.”

“It took almost two months to finish all test procedures regarding the effect of spraying.” said Mr. Ma in Ecuador. It was in 2019 when the formal  demonstration was carried out among local farmers in order to prove XAG agricultural drones could apply to banana plantation.

Since banana is a kind of tall and big economic crop with broad, heavy leaves, when densely planted, their leaves would overlap and block the spaces below. This circumstance makes flying operation above bananas plantation quite challenging, because it became hard to guarantee all leaves from a tree could be covered by pesticide evenly. 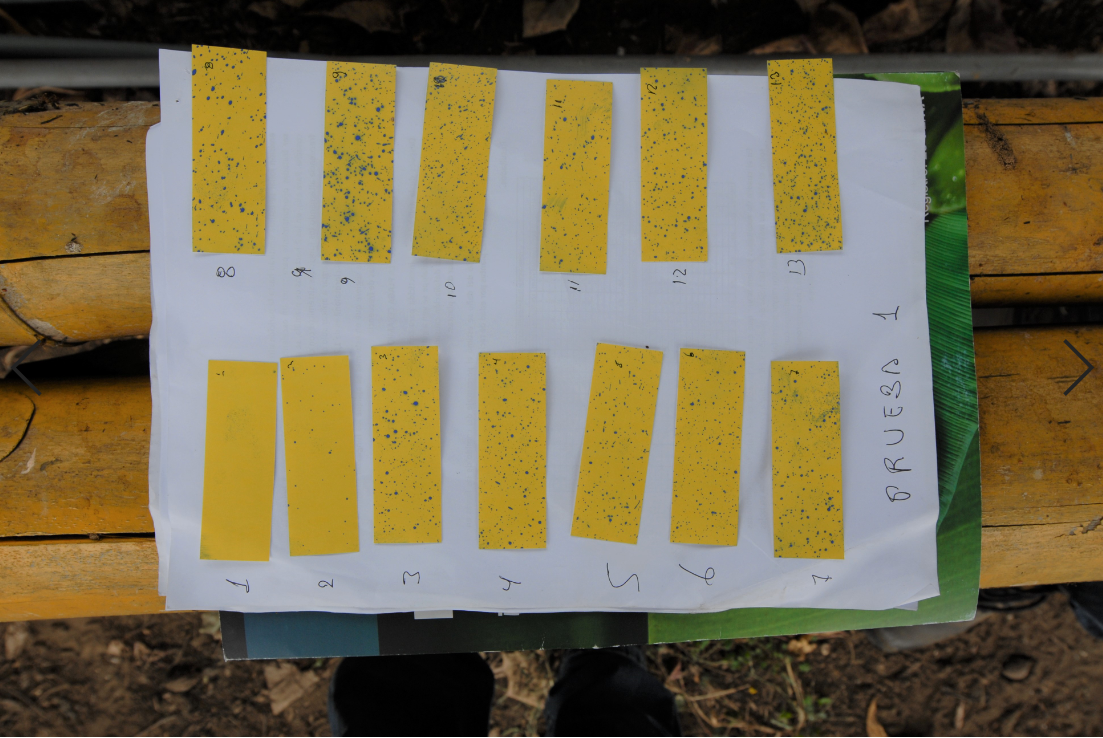 After a series of strict examinations on spray density and droplet coverage, XAG’s drones have proved that by downdraft generated under the propellers, liquid is able to spread and attach thoroughly on each leaf of a single plant. “For now, cases of banana plantation owners using drones in flight protection are more than ever before. They are attracted to XAG drone’s outstanding performance as well as its distinctive appearance.” Mr. Ma introduced.

Issues and Solutions in Practical Implementation

Apart from demonstrations, to suit growing demand of drone operators, pilot training is also becoming a significant task for distributors to consider. XAG partners are encouraged to send their engineers to China and obtain standardised training.

Carlos Esteban Angel from LIBELUTECH in Columbia is one of the instructors who have been to XAG China to receive agricultural drone pilot training. He then returned to his country and started spraying operation on rice crops in Tolima, Columbia with his team. Although having gone through full training courses and passed the exams, he found the practical situation in Columbia is quite different from what he has learnt. 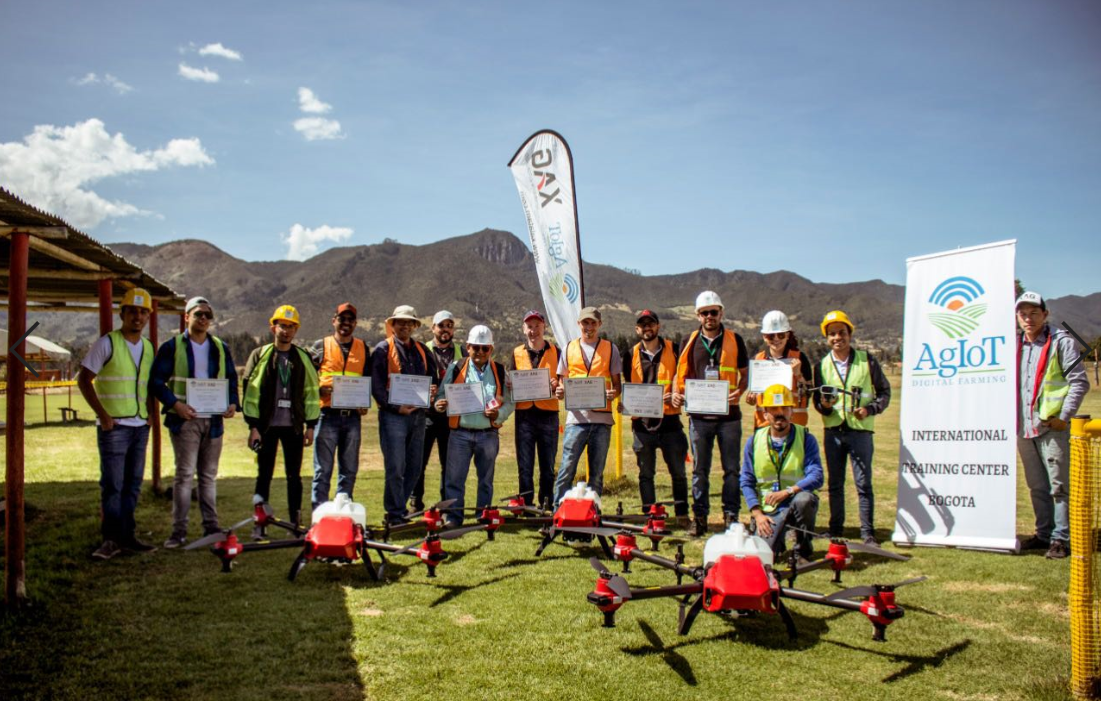 “It was not easy to adapt the equipment to this topography, the patches in Colombia has many curves and obstacles. This required extra attention and very skilful operation.” Carlos said, “But we have already trained 3 operators in my team with good results. In my opinion, the only way to take advantage of and know how to use drones is with the experience and hours of work.”

Same issue occurred on another partner Eficiente which shows the importance of technical backup. Eficiente serves a local forestry enterprise in Brazil and majors in weeds eradication. Most of their operation scenarios are among hills and required high-frequency operating, components of drones would be easily worn out under such circumstance. 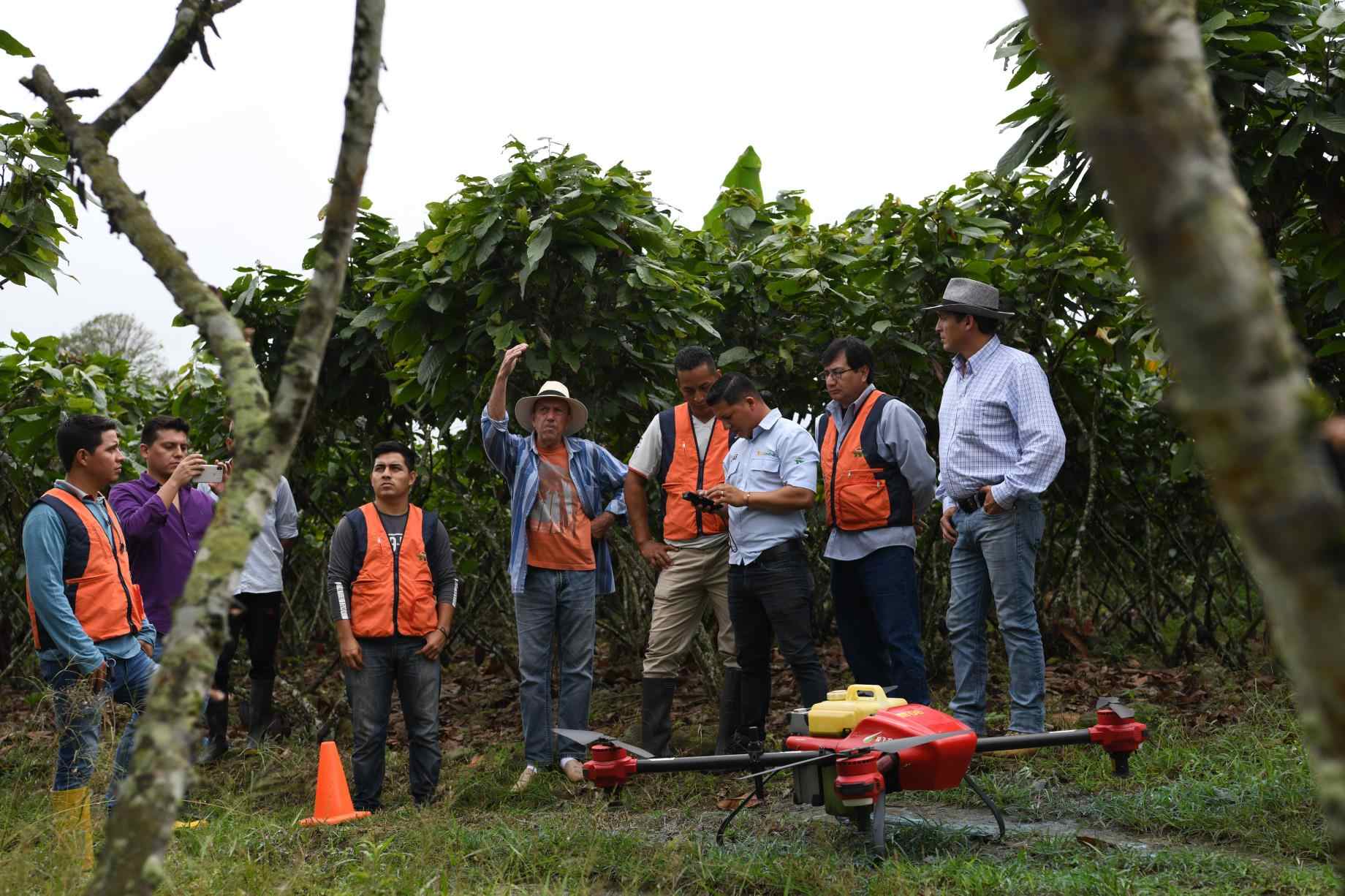 To meet technical demand and resolve time-wasting issue caused by long-distance shipping of replacement parts, sales and global market team from XAG formulated a specific communication mechanism to cope with Eficiente. Excluded time difference, positively react and timely feedback strategies are the key measures abided by the sales team among social platforms like WeChat and WhatsApp. By keeping transparent communication in problem solving, tight connections between overseas partners and XAG HQ are maintained.

By years of efforts and sincerity to clients, XAG is able to keep absorbing fresh members during business development, meanwhile retaining benign relationship with most of its initial partners from Latin America, included Mr. Yang and Mr. Ma mentioned above.

Till 2020, XAG has established business in over ten Latin American countries including Brazil, Ecuador, Mexico, Columbia, Guatemala, Chile, Costa Rica, Honduras, Dominica, Peru, Argentina, etc. Steadily and constantly, agritech and smart agriculture just like a seed planted in the soil of Latin America. By its germination, a tech revolution in agriculture will affect millions of choices of local farmers and bring considerable changes to their life in the near future.

copy the link
Previous:
Next:
Previous: Shaping the Future of Food and Agriculture in Australia: Drone, Regulation and the Weed Battle
Next: A Crop Protection Specialist’s Roadmap to Future Farm
Back to News
More
Behind China’s World Heritage: Drones Fly Over Hani Rice Terraces Against Rural Ageing
2020-10-28 22:58
Better Bananas, Different Origins: XAG Drones Taking off Worldwide to Build Crop Diversity
2020-06-25 18:50
How to regrow vegetation after a wildfire in Australia?
2020-05-18 10:13
A Crop Protection Specialist’s Roadmap to Future Farm
2020-05-01 16:38
Business Development in Latin America: How the Other Side of the Globe Embraced AgTech Innovation?
2020-04-08 21:56