25 May 2020, Guangzhou – With the farming population decreasing and growing older, the global food system now faces great uncertainty especially when the covid-19 pandemic exacerbates labour shortages. Its potential havoc can somehow be avoided by the integration of automation technologies. To overhaul the labour-intensive rice farming industry, XAG is scaling up drone applications in China that enable night-time seeding at peak periods. 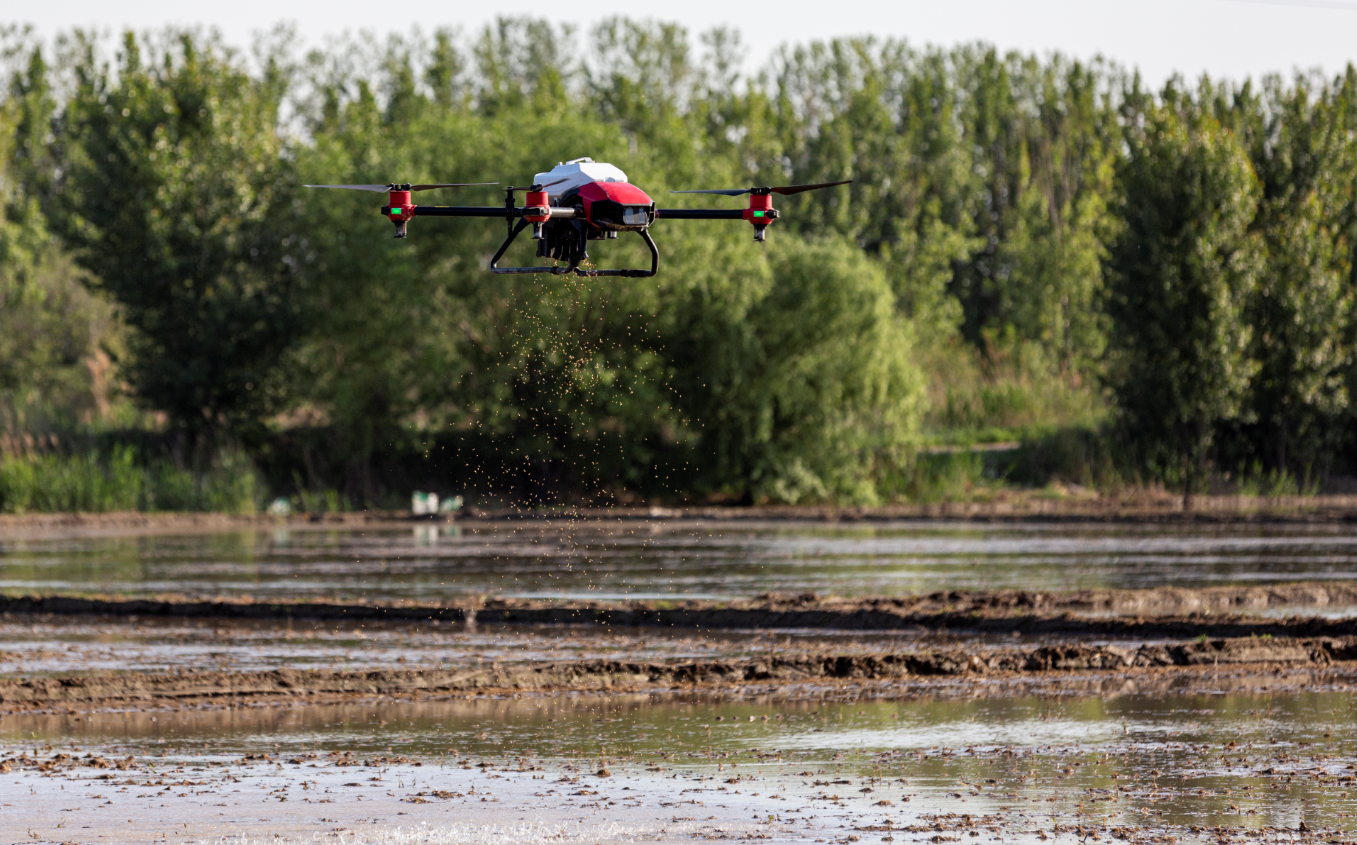 On 13 April 2020, XAG organised the world’s first-ever rice direct seeding demonstration on the comparison between manual broadcasting and drone seeding. The operation was conducted in China’s ‘Happy Farms’, one of the largest modern agricultural parks as well as smart agriculture demonstration site in Guangdong province. Two workers were invited to spread 5kg of rice seeds, walking slowly through the waterlogged paddy field with their feet swamped in the mud. This was a laborious and lengthy process, which took them 25 minutes to cover 1,200 square metres of land. 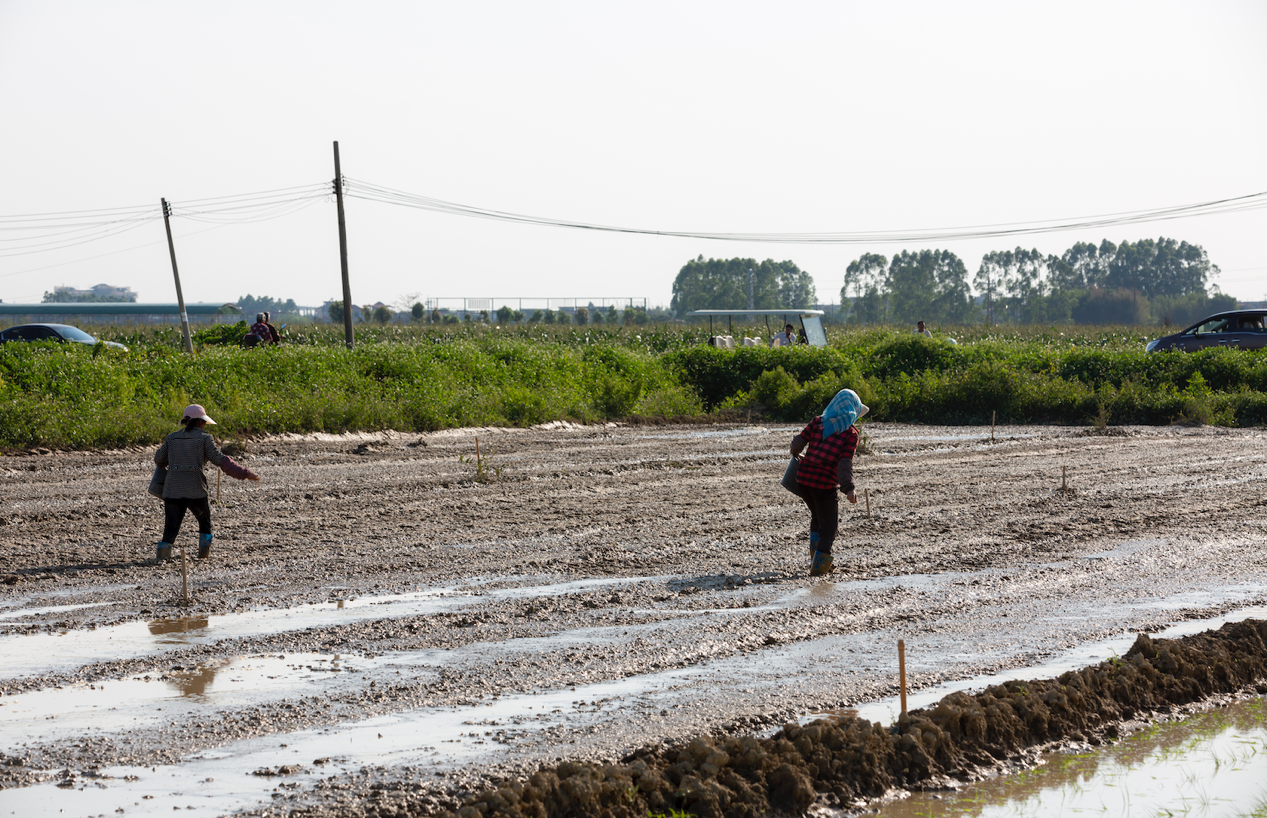 Then XAG’s drone followed a pre-programmed route and dispensed rice seeds from the air. With JetSeed granule spreading system, it finished the same amount of work in only two minutes. One XAG agricultural drone can seed 50,000 square metres of land per hour, which would otherwise take 50 to 60 field workers to complete. Happy Farms has just introduced XAG’s autonomous drones to replace manual labour for seeding, fertilisation, and crop spraying.

Many other farms in China, however, are still haunted by the problem of labour dependence, which has increased their vulnerability to the aging farming population. According to National Bureau of Statistics, China’s rural population has substantially reduced by 23% in the past two decades, while those aged over 55 constitute one third of the agricultural workforce. When the older generation of farmers retire and young people pour into the cities for better employment, the future of food supply seems unsecure if counting on manpower.

Direct seeded rice (DSR) refers to the process of sowing seeds directly into the fields without nursery cultivation and transplantation. As a more sustainable alternative to conventional transplanting, it avoids deteriorating soil health and intensive water use. However, DSR can only be conducted either by hand or use of large ground machinery in the past.

Unlike the large-scale agriculture economies, most Asian countries with rice as their staple crop cannot resort to large automated machinery such as driverless tractors, because of the complex terrains, small size of many farms and high costs. This is where the nimble, agile drones can unleash their full potential to empower the rice farmers toiling on the land. For example, XAG’s agricultural drone can not only be utilised to spray crops to ward off pests and diseases, but it can also distribute rice seeds directly into the paddy fields without seedling transplant.

JetSeed is an intelligent granule spreading system mounted on the bottom of XAG agricultural UAS, to endow the drone with new function of direct rice seeding. After simple parameter set-up on app, it generates high-speed airflow to project proper amount of seeds accurately into the targeted topsoil. Such mechanism is designed to maintain optimum spacing and uniform plant density. Compared with manual broadcasting and traditional sowing machine, drone seeding proves to achieve higher seedling rate and lodging resistance as important factors of a bumper harvest.

Chinese farmers also start embracing night-time drone seeding to resolve severe labour shortfall during the busy planting season. Li Qisheng, a drone operator in Anhui, China, has turned on night operation mode this May to meet the increasing demands for autonomous direct seeding. “There are two major advantages of seeding at night by drones. First, aerial spreading is more precise and even after sunset when it is usually less windy than during daytime. Second, by extending the operational period, it helps farmers avoid missing the planting season.” XAG agricultural UAS is the only drone in the industry which can operate safely days and nights. 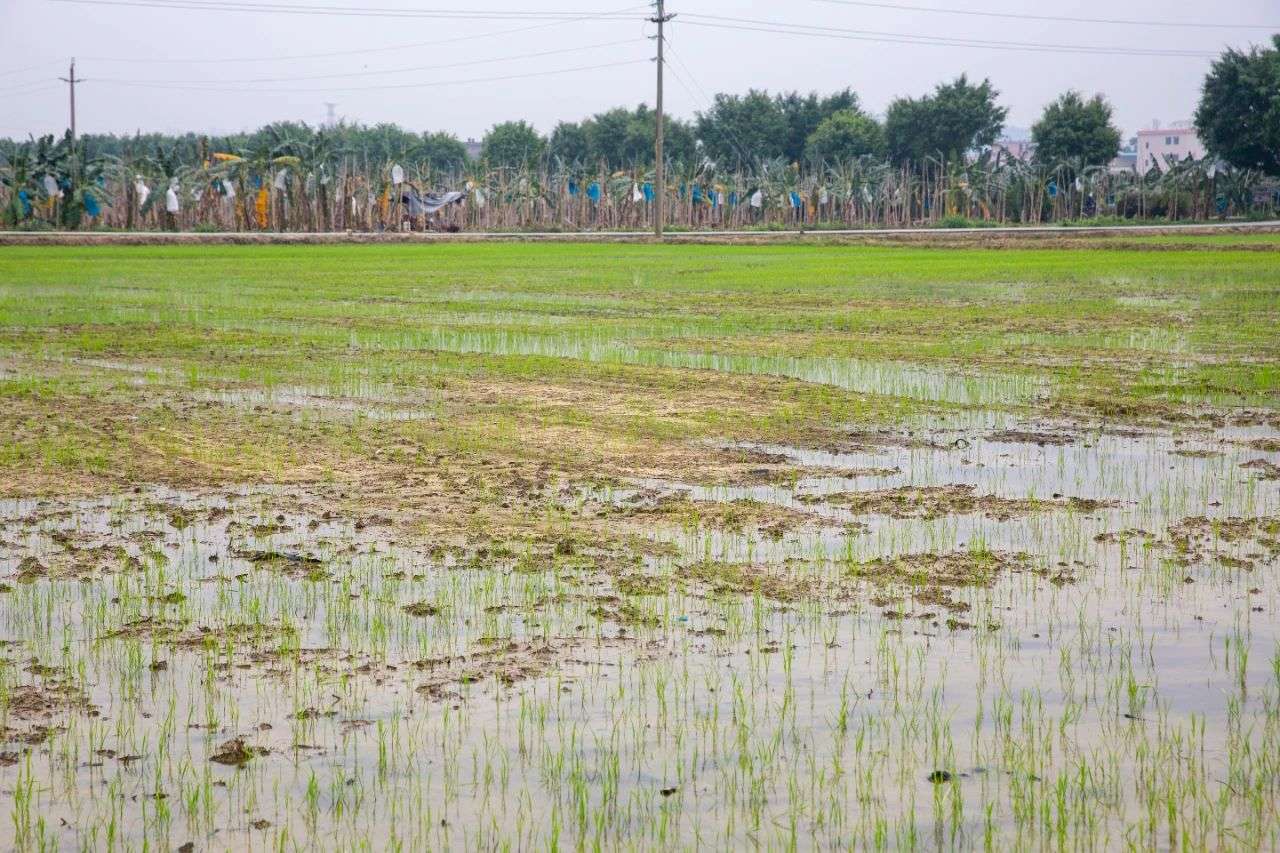 XAG has made a great leap forward by taking drone seeding technology from experimental stage to commercial adoption across China’s main rice planting areas. Since April 2019, XAG’s drone direct seeding solutions have been applied to over 650 million square metres of rice fields in China’s 11 provinces. It is helping both smallholders and large farm owners to resolve common challenges such as operational inefficiency, aging crisis, and shortage of field workers.

When COVID-19 loomed over the spring planting season, XAG has mobilised farmers to adopt seeding drones as prompt response to rural workforce shortages. Despite the economic disruption, China’s agriculture has witnessed a robust performance with 3.5% year-on-year increase in the added value of the planting industry, according to the Ministry of Agriculture and Rural Affairs. To feed 1.4 billion people with enough staple food, China this year plans to cultivate 4.6 million hectares of early rice, raising by 0.2 million hectares from last year.

However, although the global food system remains well functioning at this moment, the lack of agricultural workforce might undermine future production and supply of food, warned by the UN Food and Agriculture Organisation (FAO). Many countries are now struggling to mitigate their labour-deficit in seasonal migrant workers, for example, 80,000 farming jobs needs to be filled while that number in Germany reaches to 300,000. With such urgent labour challenges, the shift to automation, powered by smart agtech such as drone, becomes more imperative in the coronavirus age.